A coat for land plants 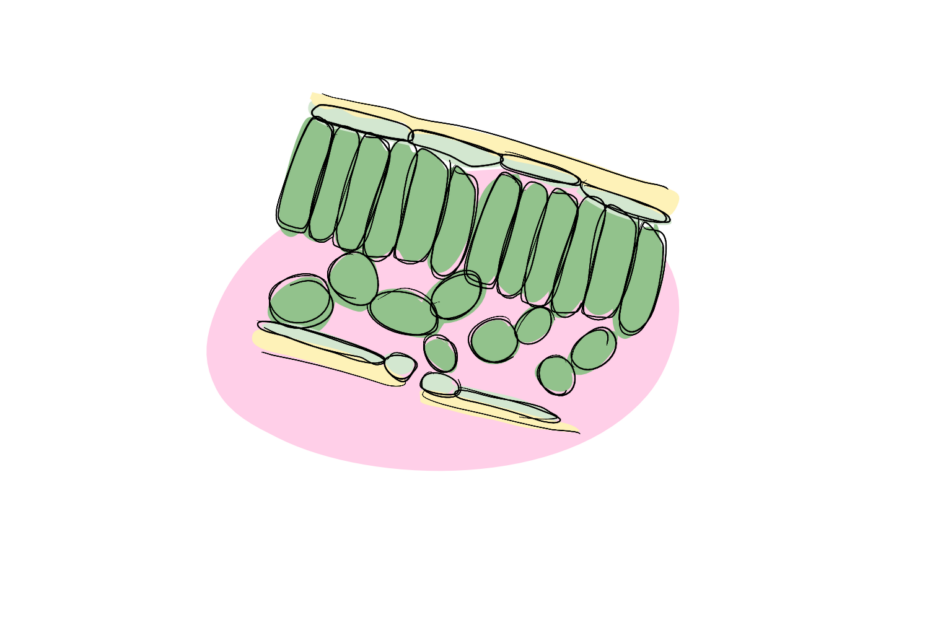 To survive on land, plants need to be able to control water loss. For most plants, this involves the simple act of coating their leaves in wax coat. Now, researchers shed light on when plants evolved this trait.

The evaporation of water is a key part of any plant’s life. In the plant’s shoots or leaves, water vaporises and exits into the atmosphere. This loss of water creates an emptiness (of the physical, not emotional kind), and more water rushes to fill the place of the lost water. For vascular plants, this involves hauling water that is ultimately sourced in the roots though a tunnel of tubes up the stems of the plant and into the leaves. Conveniently, this tide of water pulls precious nutrients and minerals taken from the soil up with it (think nitrogen and phosphate). As such, water loss helps leaves stay connected with roots, and helps all parts of the plant get the nutrients it needs to survive.

Although crucial for survival, the process of evaporation also puts the plant’s survival at risk. When water is limiting, too much evaporation leads to dried out shoots and, an inability to photosynthesise and, ultimately, plant death.

Plants evolved many mechanisms to avoid death by drought – one of which is the cuticle. The cuticle is a skin-like layer of waxy compounds that cover the leaf surface, protecting it from excessive evaporation (and, because too much of a good thing can also be poison, from sucking up a ton of rain water, which could also lead to cell damage.) The cuticle is like a thin coat that keeps the rain out and the moisture inside.

The building blocks of the cuticle are a substance called cutin, a long chain fatty acid molecule with either 16 or 18 carbon atoms in its chain. The molecule is made in the cells and transported to the outside, where an enzyme sticks cutin chains together to form a dense mesh of polymers. On top of that, a number of cuticular waxes are added. These can be a range of types of hydrophobic molecules, like fatty acids, alcohols, aldehydes or alkanes. The common feature that they share is length – at least 20 carbon atoms in their chain – so they often get referred to as “very long chain” (VLC) compounds.

The mix of cuticular waxes is different in different plant species. As a means of adaptation to their respective environments, plants adjust the mixture of VLC waxes to get a more permeable or more hydrophobic coating on their leaves. Cutin, the different VLC waxes and their transporters are encoded by around 32 known genes involved in cuticle synthesis.

The question now is: when did these genes evolve? Which common ancestor of land plants contained a significant set of genes to create a cuticle? And, could it be an algal ancestor? This last question refers to one of the ultimate curiosities for scientists – how plants managed to make the amazing move to colonise land. Being able to adapt to prevent water loss would have been one of the main challenges for plants setting up a new home on dry land. Scientists wish to understand whether the genes required for land life, such as those involved in making the cuticle, were already present before plants moved house.

To answer these questions, Lingyao Kong and colleagues analysed the cuticle-related genes in 41 plant species, including 13 flowering plants (like arabidopsis, tobacco, and others), 4 gymnosperms (loblolly pine and others), 2 ferns, 5 bryophytes (think liverworts, hornworts, and mosses), and several green and red algae. They had a look at the relationship between these species and how many of the 32 genes were present.

In their analysis, Lingyao Kong and colleagues found that even water-living algae contained some genes for cuticle synthesis, but that they didn’t have a full set of the genes – not enough to actually produce cuticles. But all of the land plants could do it, despite the fact that the different plants they examined are known to have split paths from eachother many millions of years ago. While there were some differences in the genetic makeup of flowering plants and liverworts, both of them are able to make functional cuticles. This suggests that that the common ancestor of cuticle synthesis must be a very early land plant.

The presence or absence of certain genes for VLC waxes had an impact on the water protection qualities of the leaves. While leaves from flowering plants retained 50 % or more of their moisture after 5 hours in dry conditions, mosses, hornworts and liverworts lost up to 80 % of their moisture. The two groups also reacted differently to water droplets, with flowering plants having more hydrophobic leaves.

The findings make intuitive sense: when conquering the lands, plants had to adapt by fortifying their structures to survive periods of drought. With increasing specialisation, the cuticle became more and more optimised, with some plants being able to withstand periods of extended drought or intense heat.

These findings can help us understand just one of the ways that plants show adaptation to different environments, an ability that has allowed them to spread across our green planet.