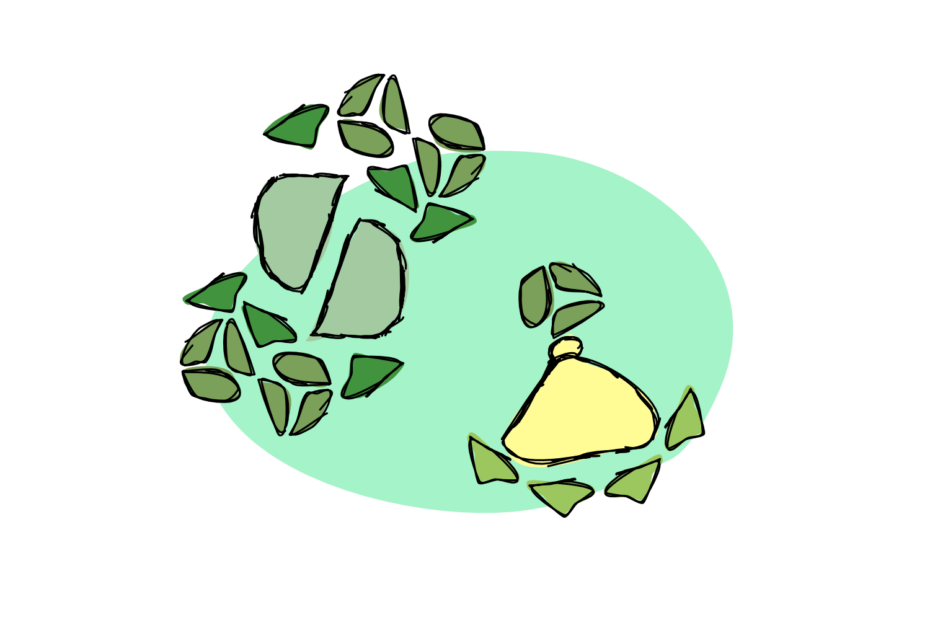 Natural light is a challenge for plants. It’s far from constant and it changes not only in intensity but also in quality, shifting between blue-ish and red-ish hues, depending on the time of the day. Here’s a tale of how plants rise to the challenge of change, by fine-tuning their light collectors in response to the light.

Plants use the photosynthetic electron transport chain (PETC) to turn light energy into chemical energy. As the chain-name suggests, this PETC is made up of several parts that all have vital functions for the system. The entire chain is located in the thylakoid membrane system of the chloroplast.

Two members of the PECT collect sunlight and use it to power molecular processes – they’re the photosystems. Photosystem I (PSI) was discovered before photosystem II (PSII), but in the cell, PSII is the first complex in the electron transport chain, followed by cytochrome b6f complex (an important player that we’ll gloss over today), and in turn followed by PSI. In hindsight, scientists are not always great at naming things.

Both photosystems are surrounded by their respective antennae. These antennae are the light harvesting complexes I and II (LHCI and LHCII), which bind to the respective photosystem core complex. LHCI and LHCII act to gather extra energy from sunlight, and then transmit it to the core where the molecular magic happens.

PSII begins the chain reaction and uses light energy to split water into oxygen, protons and electrons. The electrons are handed over to the transport chain, protons are pumped across the thylakoid membrane to build a gradient, and oxygen is released so that we have something to breathe. The electrons pass through cytochrome b6f complex and reach PSI. PSI again uses sunlight, gaining more energy to allow it to transport the electrons to ferredoxin, an acceptor molecule.

The balance between PSII and PSI activity is crucial for efficient photosynthesis. If one runs faster than the other, intermediate molecules build up, creating a blockage in the molecular reaction system. Additional energy from sunlight can’t be converted by the system and instead creates reactive oxygen species, a very damaging group of molecules. In short, life for the plant cell gets a lot worse if an imbalance between the two photosystems exists.

Under constant light conditions, like those that we often use in the lab, the problem is negligible. The plant has enough time to adjust the balance of PSII and PSI through production and destruction of the two complexes until the ratio is right. But trouble starts under quickly changing light conditions – clouds in the sky and foliage in the trees above the plant can create quickly changing intensities and qualities of light. The photosystems both have their preferred quality of light: PSII prefers red light and PSI is most excited by far-red light (think close to the infrared spectrum).

When the light is more red than far-red, PSII gets more energy than PSI. To balance out the energy input into the system, PSII sends part of its antenna (the LHCs) to PSI. With the extra antennae boost, PSII receives less energy and PSI receives more. The big advantage of this fraternal sharing of antenna is the speed at which the process can happen: in a matter of seconds to minutes PSII antenna can move over to PSI.

For a long time, the antenna transfer (called state transitions) was mostly observed in Chlamydomonas reinhardtii and in cyanobacteria. But over the last 15 or so years, researchers became more and more confident that this process also happens in higher plants such as Arabidopsis or maize. Last year, Pan et al from the Chinese Academy of Science managed to observe the binding and the exact localisation of PSII antenna (LHCII) to PSI.

The researchers used maize leaves that were irradiated with orange light. The orange light preferentially excited the LHCII of PSII and triggered the movement of LHCII to PSI. In this state, they snap-froze the leaves in liquid ethane and performed cryogenic electron microscopy. (Keeping things very cold is a good way to make sure that they don’t change or move around). So this method freezes all molecules in place and then uses an electron microscope to resolve individual molecules at extremely high resolutions. This way, the team managed to capture the interaction of PSI, LHCI and LCHII.

The scientists could show that LHCII binds opposite the LHCI that’s already hanging out with PSI. Furthermore, they could even pinpoint the individual subunit of PSI that interacts with LHCII: PsaO. This tiny and rather elusive subunit was often missing in previous structural studies of PSI. The researchers obtained a structure of the PSI-LHCI-LHCII complex at 3.3 Å resolution – which is roughly the distance of two atoms in a molecule. (Å is a unit of measurement for really, really, really small things).

For now, the improved understanding of the dynamics of light adaption is most relevant in basic research. It could find its way into application, though. An efficient adaption to changing light conditions has a large influence on photosynthetic efficiency and in turn on the growth of a plant.