Algal biofuels have a gassy problem 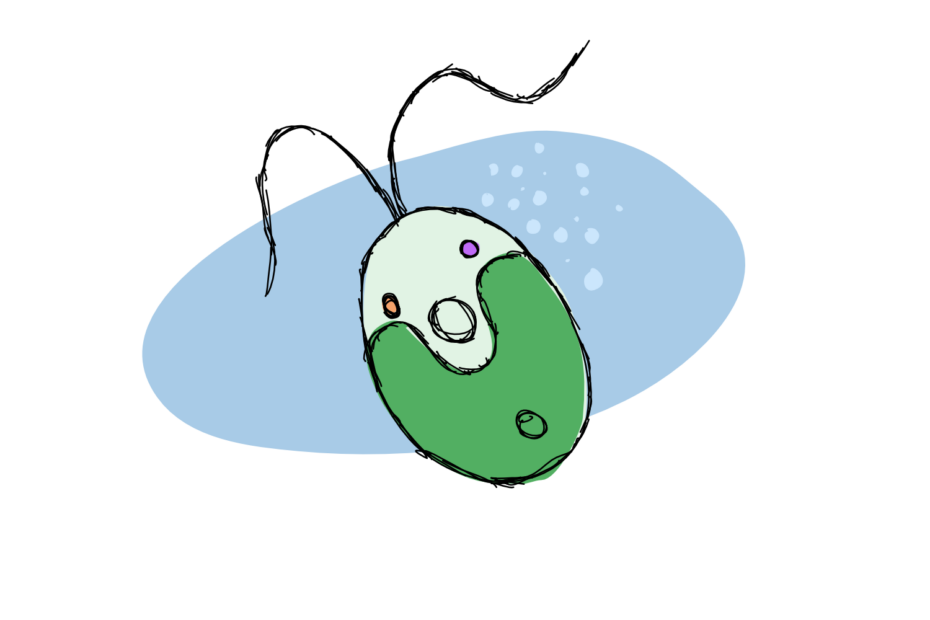 Following on from Monday’s post, where we delved into the nitrogen cycle, today we’re again talking about gaseous nitrogen. But this time, the story is about nitrous oxide.

You may have heard nitrous oxide called ‘nitrous’ or even ‘laughing gas’ before – the stuff has been used as an anaesthetic since the mid 1800s, and is known from the euphoria it brings to those who inhale it.

But more recently, this simple little gas has gained infamy for something not quite so funny: following carbon dioxide and methane, nitrous oxide is the third most damaging of the greenhouse gases that drive the climate crisis.

Nitrous oxide, or N2O, is a very potent greenhouse gas. Molecularly, it’s just one of those substances that has a warming effect, plus – once produced – the gas can hang around in the atmosphere for a century or more. Its low concentration in the atmosphere means that its current contribution to global heating is still relatively low. But still, there is reason for concern: since the 1970s N2O concentration is on the rise, and it’s current levels are the highest seen in the last 22,000 years. This lead to efforts of reducing N2O emissions as part of the fight against the climate crisis.

About 40% of N2O emissions originate from human activities. Livestock manure is the main culprit, followed by fertiliser runoff. Burning fossil fuels also results in the production of N2O, as well as NO (nitrogen oxide). This leaves about 60% of N2O emissions that are not anthropogenic but instead are the result of microorganisms. Soil – as well as a whole lot of marine – microorganisms reduce NO to N2O and emit it to the atmosphere.

We know for a long time that green algae (chlorophytes) produce N2O. What we don’t know is how they do it on a molecular level- an inherently interesting question for basic research but also one with immediate real life impact.

Algal production of biofuels is often touted as a promising technology to create alternatives to fossil fuels. If the cultivation of algae at scale results in massive N2O emissions, however, the positive effect of biofuels can be offset by the devastation of increased greenhouse gas emissions.

Adrien Burlacot and colleagues from the CNRS Institut de Biosciences et Biotechnologies Aix-Marseille in France, set out to answer this question. They used one of our favourite lab rats, the green alga Chlamydomonas reinhardtii and analysed its N2O production in the light and in the dark.

The reduction of NO to N2O requires two electrons, which, in photosynthetic organisms, tend to come from the photosynthetic electron transport chain. Burlacot and colleagues independently blocked the electron transport at each of the two photosystems, to find out which of them – PSII or PSI – was giving up its electrons to fuel nitrous production. The guilty party was PSI – blocking its activity reduced N2O production by 90%. Of course, while this is an interesting finding, blocking photosystem I to shut down N2O production is no viable method if you also want your photosynthetic lab rat to stay happy and green.

What was needed was the actual culprit – the enzyme(s) producing N2O.

The class of enzymes capable of such a task are called NO reductases. We know that bacteria use flavodiiron proteins (FLV) for NO reduction, while fungi rely on cytochrome p450 (CYP55). When the researchers looked into the genome of C. reinhardtii they found homologous genes for both FLV and CYP55, which didn’t really help narrow things down. So, they used mutants (knockouts) in each potential NO reductase and observed what happened when one of the two genes was taken away.

What they saw was a specific effect, depending on whether the algae were grown in the light, or if they were chilling in the dark.

In the light, it turns out that FLV is responsible for the majority of N2O production. But in times of darkness (aka, the night), getting rid of FLV has nearly effect on N2O production. This is because CYP55 likes to operate at night, and does so by reducing NO to N2O without the need for those light-dependent, photosynthetic-chain derived electrons. Something like this:

As it turns out, knocking out both of the genes had very little effect on the life and health of the Chlamy. Which begs the question – if you don’t need it, why do NO reduction at all?

As always, the biological reality is a bit more complex. NO is an important signalling molecule involved in processes like nitrogen uptake. Controlling the pool of NO is crucial for the cell to control the activity of a number of enzymes, so FLV and CYP55 probably help in maintaining NO concentrations by reducing excess amounts to N2O and releasing it from the cell.

While this is still early days, the genes coding for FLV and CYP55 could be interesting targets for genetic modification to produce biofuel producing strains that have a reduced toll on the climate. Furthermore, tracking the activity of these genes, and their close relatives, might help us to better understand the conditions that drive N2O production, and realise how we can avoid pushing ecosystems into these conditions.