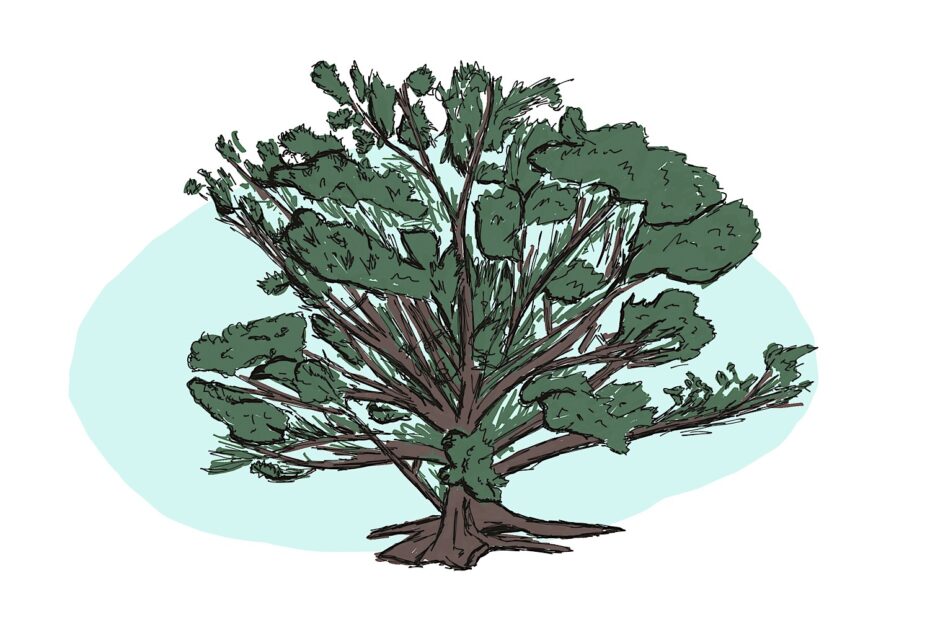 Seriously. Stop what you are doing right now, and go plant a fig. Or, I guess, keep reading, to learn some facts about our new favourite ficus, Ficus macrophylla, a.k.a, the Moreton Bay fig.

If you’ve been reading this blog for long enough, you may know that we (or at least me- Tegan), have a bit of a bias towards the Ficus genus. Mostly because Ficus lyrata, the fiddle leaf fig, is the one of the most beautiful living species in the world (I have two in my apartment). And oh yeah, Ficus elastica can be made into actual friggin’ living bridges!

So let’s hear about another figgy friend.

Ficus macrophylla, a.k.a The Moreton Bay fig is, you’ve guessed, named after a place called Moreton Bay. Perhaps more surprisingly, that Bay is situated Queensland, Australia. So you probably won’t be familiar with the species unless you come from the Deep South. But the species was first reported by a French man (botanist Rene Louiche Desfontaines), and then formally described by a South African (Christiaan Hendrik Persoon), with the original botanical sample sent to Florence, Italy. So, kind of international?

Being of the ficus family, it’s not overly surprising that this guy likes to grow figs. And then drop them all over the ground. Mostly at the end of summer, which makes for the beautiful smell of figgy fermentation. These figs might be technically edible (i.e. not poisonous), but are pretty un-tasty and not generally eaten by humans.

In order to make a ficus, you first require a wasp

Ficus macrophylla are only pollinated by fig wasps (Pleistodontes froggattii). Luckily for the ficus, fig wasps can also only reproduce within the figs. This process, where both organisms need the other to survive, is known as obligate mutualism. In this case, the female wasps lay eggs in flowers, and when the eggs hatch as the flower matures, the wasplings mate. The next generation of female wasps then fly off to another tree, first stopping to take some pollen from their first tree, with which to fertilize a new flower and start the egg-laying cycle all over again.

F. macrophylla young have a tendency to start their life as epiphytes, meaning they grow on the branches of other trees. As the fig matures, it sends aerial roots down the trunk of its host, eventually strangling it to death. These aerial roots are not the only issue- the Morten Bay fig can reach 60 m tall, and needs huge under-ground roots to support its height. Which gives it a high tendency to rip up up footpaths and roadways.

So maybe not the best species to plant millions of on Arbour day.

That’s all from us. We hope you have a Happy Arbour Day… and if you don’t manage to plant something, at least spend some time contemplating the glory of the trees around you!

Disclaimer alert- the majority of information on today’s post is via Wiki. Let us know if you think anything doesn’t check out!