Are plants as smart as dogs? 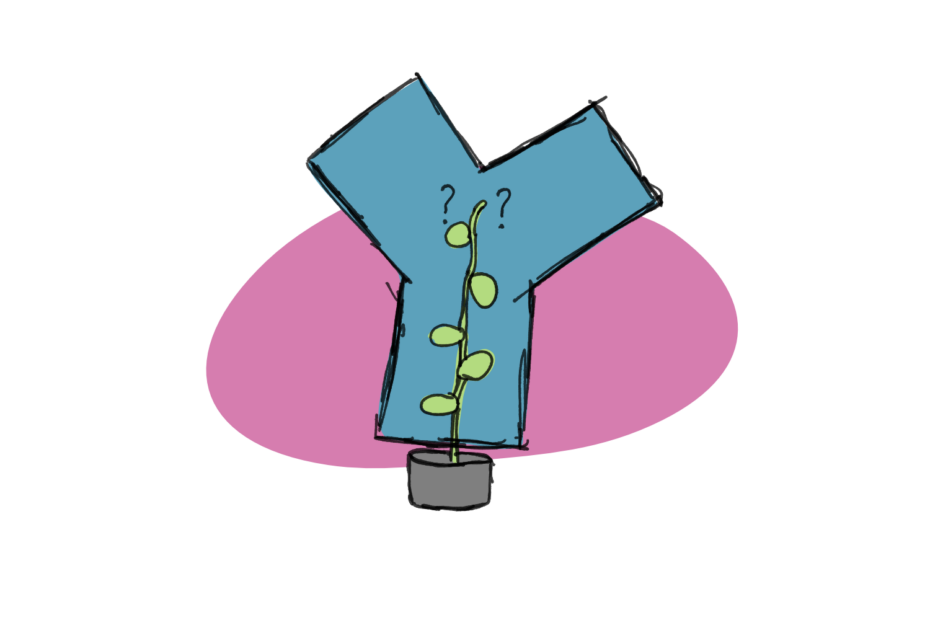 Being the father of a young child allows me to witness learning every single day. While I do my best to teach my child through explanation and demonstration, I can’t help but notice that he’s also recently developed associative learning. If I go to put on his shoes, for example, my child gets excited because shoes are associated with going outside – the same shoes did not trigger any excitement several months ago.

Associative learning, also known as classical conditioning, might be familiar to you because of Pavlov’s famous dog. Ringing a bell while serving dinner resulted in Pavlov’s dog associating the bell with food, and ultimately salivating if it heard the rings. Several years ago, a group of researchers asked whether classical conditioning could also be used on plants. Now, a replication study asks again: are plants as smart as dogs?

Before we dive in, let’s talk a little bit about semantics (something that anyone in the field of plant intelligence loves to do). Learning and adaption are two different things: over the course of several hundreds of thousands of years plants (and all other organisms) adapted through evolution to their environment. This lead to cool stuff like carnivorous plants sensing prey and quickly reacting to it, or to roots growing towards water. These behaviours are not learned in a plant’s lifetime, however, they’re encoded in the genetic information over thousands of generations.

Learning, on the other hand, is the connection of information within one’s lifetime. If you take two genetically identical plants/dogs/children and teach one a skill and then test both of them based on that skill, only those individuals who have learned the skill will be able to perform it. If both individuals can do it outright, it probably is something more deeply rooted in their genetic makeup – and not learning.

Teaching a skill to a dog is simple, to a kid it’s somewhat harder, but what about plants? How do you teach a plant something?

In a study published in 2016, Gagliano and colleagues presented evidence for associative learning in pea plants – the first solid evidence after decades of trying. In their study, the scientists used a Y-shaped maze made of PVC pipes and placed a pea plant at the base of it.

They then set about training the plant to associate a neutral trigger (like the bell for Pavlov’s dog) with a positive trigger (the dog food). Here, they used wind as the neutral trigger, having shown in pilot experiments that pea plants don’t grow towards wind. For the positive trigger, they choose light – the ultimate gift for a photosynthesising pea.

The scientists blew air from a fan from one fork of the Y-maze towards the pea plant and after 30 minutes a light would switch on next to the fan. In the control experiment, the wind still blew, but the light came on in the opposite fork. For three days the researchers trained the pea plants with this setup: first wind, then wind and light together for a bit and then just light. They hoped that the pea plants would learn that wind means light.

Once the training was complete, Gagliano and colleagues ran the trained plants through a new Y-maze, in which they were only presented with wind. If the plants had learnt that wind meant light, they should grow towards the fan, even if no light was on. Which is exactly what happened: Gagliano et al. concluded that the pea plants learned to associate wind with light.

In a study published in July this year, Kasey Markel, a plant scientist at the University of California, set out to replicate the Gagliano research. The grad student tried to reproduce the original work as closely as possible, but also improved the experimental design by introducing additional controls, increasing the number of tested plants, and using a single blind experiment analysis, in which the scientist scoring growth did not know which end of the fork had the fan running.

Kasey’s initial observations were in agreement with those of Gagliano et al.. Pea plants follow the light, independent of the presence of wind, supporting the idea that wind is a true neutral input for a pea plant in a maze. When it came to the actual experiment, however, Kasey could see no evidence of plant training. Instead, the pea plants chose at random whether they grew towards the fan or not, or showed a tendency to grow towards the last known position of light.

This ‘last seen light’ effect could explain some of the results of Gagliano et al. In the original experiment, the light would not move between training intervals, while Kasey switched the sides randomly during training. The tendency of the pea plants to grow towards the fan once the light was removed, as seen only in Gagliano et al’s work, could therefore rather be described as growth towards the last known position of light.

Does this mean that plants are not able to learn? Well, not exactly. Kasey’s experiment did not provide any evidence against associative learning in plants, but rather showed that we just don’t have any good evidence in favour of it. Of course, it should be stated that it is rather scientifically tricky to prove that something does not occur.

What Kasey’s experiments certainly do show is the importance of good controls, smart experimental design and the reproduction of studies – especially of those challenging scientific core principles.

To this day, Kasey’s study remains the only one trying to reproduce the study by Gagliano et al. The study finds no evidence in favour of associative learning in plants, and in fact suggests evidence for problems with the original experimental setup. Maybe Gagliano, or someone else, will respond in the future and provide evidence in favour of learning abilities in plants – which is how we advance in science.

If you want to know more about the topic of plant intelligence, we just released a podcast episode of the The Plant Book Club together with Ellen Airhart where we discussed the book “The Hidden Genius of Plants” by Stefano Mancuso.