My bees bring all the sugar to the flower 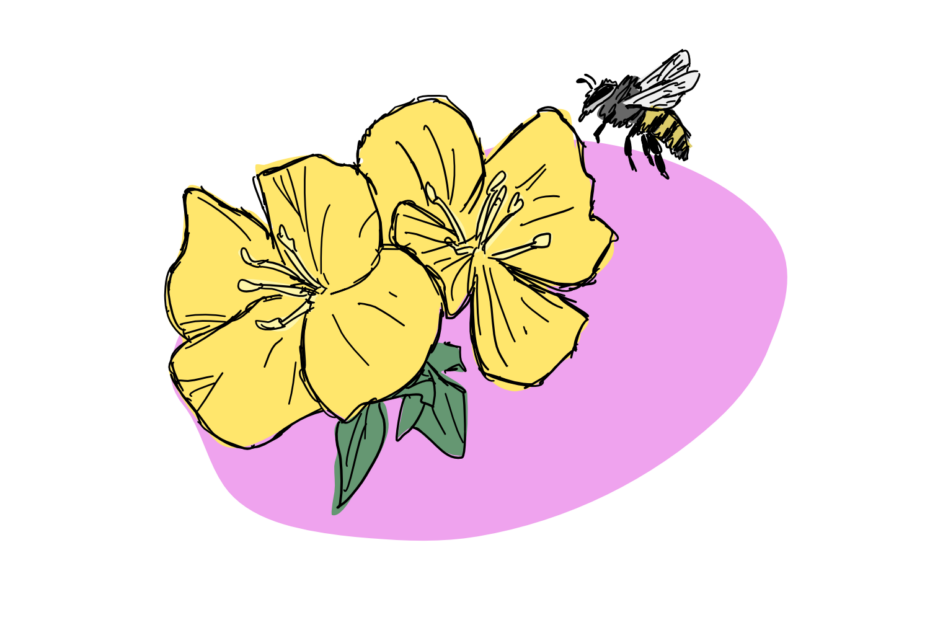 The sound of insects flying next to my ear has never excited me in a good way. The sound usually triggers an intense reaction defined by hand waving, jumping and squealing like a grown man. This is one of the many ways you can tell that I’m not a flower, because if I were, I’d get sweeter by the minute as soon as that buzz appears.

If you are an avid reader of this blog, it will come as no surprise to you that plants have more ways of sensing the world around them than it seems at first glance. Sure, their most basic of senses seem to mostly involve finding water and growing towards the light, but plants can do so much more than that. In the past, we talked about how plants can sense the vibrations of a caterpillar munching on their leaves, can react to touch, and can ‘smell’ parasitic worms. As it turns out, plants are really good at sensing what’s going on around them.

Very often, these senses are important for defensive action. A plant that is aware of an attack is quicker to fend it off than an oblivious plant. There are times, however, when a plant wants to know what’s happening not to defend itself, but to have sex.

Yeah, this is the part about the birds and the bees that you have heard so much about.

Today, we’re specifically talking about the bees (personally, I never fully understood what birds have got to do with it anyway.  Birds are more often involved in seed dispersal rather than the plant sex leading to the growth of seeds. But I digress). This is the domain of bees: they buzz around a plant, land on a flower, have a sip of nectar and get covered in pollen. They move on and thereby transport pollen from plant to plant.

Every time a bee lands on a flower, a trade happens – and that means that the plant has to balance costs and benefits. Nectar production is costly, after all it takes lots of sun energy to make all the sugar that sweetens the deal. The sweet offer is also very much liked by fungi and bacteria that are usually not welcomed by the plant, so producing nectar opens plants up to infestation. On the other hand, bees remember a stingy plant with no tasty nectar and take their buzzing business elsewhere.

In order to balance their books, plants have come up with yet another ingenious invention through evolutionary selection: the ability to produce sweet nectar only when there is a bee around that might enjoy it (and take some pollen with it). No bee, no sugar for anyone.

But how does that work?

Marine Veits and Itzhak Khait  and colleagues wondered whether it might be the bee’s buzz that has something to do with especially sweet nectar. So, they set up some speakers in front of some indoor and outdoor grown Oenothera drummondii (known commonly as beach evening primrose) and played some – hopefully – sweet tunes. They played three sounds: a relatively high frequency of around 160 kHz (much higher than what humans can hear), a much lower frequency range from 1 to 3 kHz and a recording of a bee flying very close, with a frequency range of around 0.5 to 1 kHz.

The plants reacted: while they did not produce sweeter nectar during silence or the high frequency sound, they significantly increased the sugar content of their nectar whenever a bee sound was played – and also after hearing the low frequency sound. And when the researchers deafened the flowers by putting them under a glass jar, the plants did not add any additional sugar to their nectar.

The researchers found that a frequency of around 1 kHz has the strongest effect on nectar production – and that producing more nectar gave a real advantage for the plant. When the researchers observed Oenothera plants in the wild, they found that flowers that were visited in the last 6 minutes by another bee – and therefore had sweeter nectar – were visited more often than if there was no recent visitor. This pile-on effect increases the chance for successful pollination and is therefore a clear evolutionary advantage for the plant.

But how does the flower actually sense the sound? After all, the plant has no ears. While this is only a working hypothesis, the researchers suggest that it could be a physical property of the flower petals. They seem to resonate – swing faster – at frequencies around 1 kHz and below. And as we know from the plants that sense caterpillars munching on their leaves, small vibrations can be sensed by plants to trigger internal signals. This resonance mechanism could also explain why the plant only hears the bees and not the wind or other animals like bats with their ultrasonic cries, which resonate at very different frequencies.

I think it is pretty nifty that plants react to sound. I personally see implications for the famous myth of singing or talking to plants: as we just learned they probably don’t care for such complex sounds. But if you want to communicate with your plant, I suggest getting really close to the flower and producing a 1 kHz hum. It might take a bit of practice but eventually it will lead to pretty sweet results.

This post was inspired by Bethany Nichols who generously shared some really cool fun facts. She is publishing stories about plants on her blog Fronds with Benefits and I suggest you check that out. It is really good.