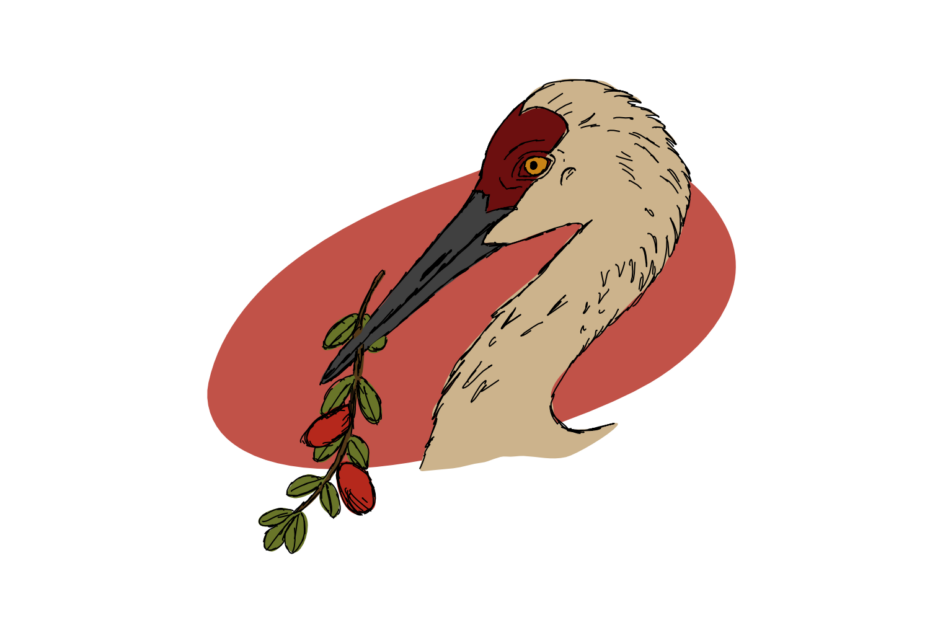 Having grown up in Australia and Germany, we’re not so up with the Thanksgiving Tradition. But we’re plant people, so we do know that cranberries are involved.

Here’s our ode to the humble little berry.

Seriously, it’s how they got their name! In fact, I would take kindly to you all correcting your friends who try to ask for cranberry sauce with the obnoxious ‘I’m sorry, did you mean kranberre?’ (we need you to know it’s a German word).

2. When we’re talking about cranberry, we might not even be discussing the same species…

In the Americas, people tend to eat Vaccinium macrocarpon, while here in Europe we’re all about the Vaccinium oxycoccos. This is why common names are a bad idea guys! Although in the end, I’ve not done the side-by-side taste test, so who am I to judge.

Apparently, V. oxycoccus sticks to peatlands, while V. macrocarpon can grown in a wider variety of habitats. Plus, V. oxycoccos produces smaller berries, and the plant is found not just as a diploid (2n= pretty normal), but also in tetraploid (4n) and hexaploid (6n) form!

By the way, I found a paper suggesting that people were even trying to deliberately blur the lines between cranberries and lingonberries (Vaccinium vitisidaea).. basically because lingonberries are supposedly marvellous but cranberries are cheaper. You guys, I don’t even know what this world is coming to.

Proanthocyanidins (PACs) are plant pigments – the ones that give cranberries their dark reddish colour. In fact, PACs are found in a whole lot of dark fruits, including blackcurrant, elderberry and purple grapes. You might have heard of the new ‘superfood’ aronia – it’s chock full of the stuff, and in fact, the PACs are one of the reasons people say aronia is just so ‘super’. Note that we’ve chosen to use quotation marks here – PACs are antioxidants when they’re inside the plant, so people think they might be healthy inside us. We’ve seen mentions of PACs being antifungal and antibacterial, cardioprotective and even anticancer. But we’ve got to say that so far, the science behind all of these claims seems pretty darn weak.

I would like to take a brief second to mention that when I tried to fish out scientific facts about cranberries via pubmed, nearly every single article was about UTIs. If you’re not it the know, UTIs are bacterial infections of the urinary tract, that can get into the bladder and ultimately kidneys. They’re more common in women (shorter urethra, one of evolution’s many blessings), range from hugely uncomfortable to insanely painful (with fever thrown in) and can be recurrent.

Cranberry juice and cranberry supplements, have long been touted as a treatment or at least prophylactic for the ailment – it’s generally believed that the colourful cranberry chemicals (see above) can prevent bacteria from snuggling up to that cosy bladder lining. Still, the medical evidence remains a bit vague – while information is beautiful’s snake oil chart doesn’t rate it, several recent metaanalysis studies suggest that things look promising (but they do agree that more rigorous testing is required).

5. We’ve got their genomes!

In recent years, nuclear, plastid and mitochondrial genomes have been published for different cranberry species and accessions. The ‘american cranberry’, V. macrocarpon, which is endemic to North America, still grows in the wild. Scientists are interested to see whether the wild relatives might be used to bring a bit of genetic diversity into the cultivated crop cranberry. They’re also keen to understand more about the properties that allow some cranberries to have various favourable growth traits like cold hardiness, while others don’t. It seems that there’s an eastern Canadian accession of V. microcarpum that, genetically, doesn’t quite look like the others…