Cross both ways before you look! 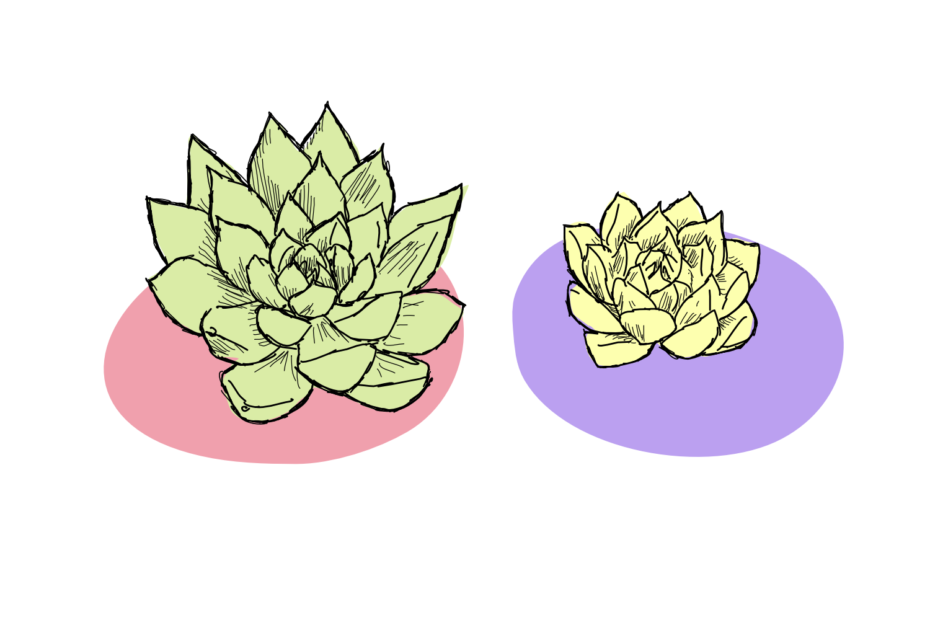 Today, in this CROSSOVER with Vivian from Instagram’s @Fat_plants_only, we’re talking about literal crossing.

More specifically, we’re diving into the molecular and genetic factors that play a role into directional crossing differences. I.e., why it is sometimes, using one parent species as the dad (pollen or sperm donor) and one as the mum (egg donor) makes a completely different offspring, compared to when we use those same parents, but switch their roles.

(Just to note, when we talk about directional crossing, we aren’t talking about the kind of differences seen between two human siblings from the same parents. That’s all about meiosis and chromosome crossover, a whole ‘nother topic.)

(in the wild) they did not mate to produce fertile offspring.

Which means that we can actually (sometimes) cross two different species, but their hybrid children are (often) infertile.

I do want to mention that this definition of species based on how willing and able organisms are to get down and dirty with their fellows, is pretty primitive. So is another previously popular technique used for defining species that I’m gonna call ‘the how much that creature looks like that other creature’ method. Both of these methods are barely helpful with big animals like lions, tigers and bears, but become even more useless when we start discussing species definitions in single celled bacteria and archaea. Nowadays we tend to use more sophisticated DNA-based methods, but even then it can be hard to define exactly how much difference in DNA sequence is a separate species amount of difference. Basically, defining things is pretty complicated, and although humans love classifying things into discrete groups, that’s probably a bit ridiculous out in the real world.

Also, although species is the lowest rank of the traditional nomenclature system (Kingdom – Phylum – Class – Order – Family – Genus – Species), smaller groups like subspecies, populations, races, ecotypes, or cultivars also exist. Generally speaking, these groups include organisms of the same species that have been separated for a long time by distance, or by human manipulation, such as breeding. As a result, they tend to have certain distinctive, often physical features. And of course, directional crossing effects can also be seen when crossing these groups. As with the species crossing, the offpspring coming from these mixes are also called hybrids.

So. Now that we’ve cleared that whole ‘but how do you even cross two different species’ thing up, let’s get back to the question at hand, which is beautifully exemplified in Vivian’s plants:

Why is it that sometimes, hybrid children look different depending on which parent gave out the pollen, and which gave up the egg?

Sometimes, when you want to hook up two individuals, they just aren’t compatible. Sexual incompatibility is a fairly ‘deliberate’ thing, or at least something that’s pretty strongly selected for out there in the wild. If two species spend time, energy, eggs and/or pollen and don’t end up producing a viable fertile offspring, then they’ve effectively eliminated themselves from the genepool. So, if you’re in an environment that’s just thick with pollen from other species, it might be useful to make sure that only the right stuff makes its way to your eggs.

Sexual incompatibility can happen due to visible or physical things, e.g., pollen grains being to big, or stigma not being sticky enough, or pollination only being possible if a certain vibration from certain bee species is involved. But it can also be chemical or molecular things. These barriers don’t just stop fertilization (pollen meets egg), but can also prevent embryo development at later stages. Generally, the less similar aka more evolutionary different two individuals are, the less likely they are to be able to mate successfully, due to a variety of these barriers.

Imprinting and the double fertilization

New baby plantlings contain chromosome pairs in which one half of the pair comes from mum and one from dad. The genes in each member of the pair have the same function (e.g., defining eye colour), but their actual message can be slightly different (e.g., mum’s genes say ‘blue eyes’, dad’s say ‘brown’). In most cases, both gene messages are expressed fairly equally. But in some rare cases, one of the gene copies coming from one of the parents is told to stay quiet.

In angiosperms (flowering plants), things get even more complicated, due to a process called ‘double fertilization’. Following pollination, not only does one sperm cell swim down to meet the egg, but a second sperm also joins up with another female ‘central cell’. Unlike the sperm and egg cells, which each have one half of the normal chromosome numbers, the central cell already has a paired set (it’s homodiploid). With the extra sperm chromosomes, this makes for a total of three (chromosome triplets). Together, these cells develop into the endosperm- the fleshy part of the seed that feeds the growing embryo.

This means that the endosperms of flowering plants have a situation where mum effectively gets twice the say of dad. Which can of course lead to different development of the embryo, depending on what kind of nurturing mood mum and/or dad were genetically predestined to be in.

On top of that, there’s growing evidence that at least some genes being expressed in the endosperm are imprinted. So in some cases that paternal voice gets turned off altogether, while in other cases, mum gets silenced and the paternal minority gets full say!

Given that these imprinted genes have various different functions – including controlling how much access to nutrients the growing embryo has, it’s clear that who your daddy is (as opposed to your mummy), can have a pretty huge effect on how well you grow, depending on imprinting.

The power of three: more than one genome

Here’s the thing- plants don’t just have one genome driving the way they look and act. Sure, the nucleus makes up the bulk of the genes (±30k in Arabidopsis), but there’s also a plastid genome (±120 genes) and a mitochondrial gene (±60 genes) in there too.

In a lot of plants, the genomes of the mito and plastid are brought in from the mum only. It’s not always the case, about 20 % of plants have biparental inheritance of their plastids, and therefore plastid genomes, but the majority is still in mum’s favour. Obviously, this means that plastid peculiarities or mito mutations will mostly only move to the next generation if they’re found in the mother plant.

As it happens, it’s not just the particular features of those protein-making gene-bits that make a difference, but also the compatibility of the entire plastid or mito genome with its nuclear genome. Getting chloroplasts and mitochondria to actually do their jobs involves a whole lot of teamwork – and literally thousands of protein components coming from the nucleus.

Together, the components made in the plastid and in the nucleus work in dozens of different processes. Over time, they evolved and changed together to become an even more effective team. If, suddenly, all team members from the plastid get swapped out, things might not work that well anymore. The results can range from a reduction in plant fitness up to death of the whole organism.

So there it is, three reasons behind the parent-of-origin effect.

Together, all of these suggest that, if you’re interested in beautiful plants and fascinating phenotypes, you should definitely cross both ways before you look!

Huge thanks to Vivian for her beautiful images, amazing Instagram, and general participation and feedback on the post.

A nice review on imprinting can be found here.

You can read about genome incompatibility here. (Disclaimer, I know the authors).