Do GMO have worse off-target effects than conventional plants? 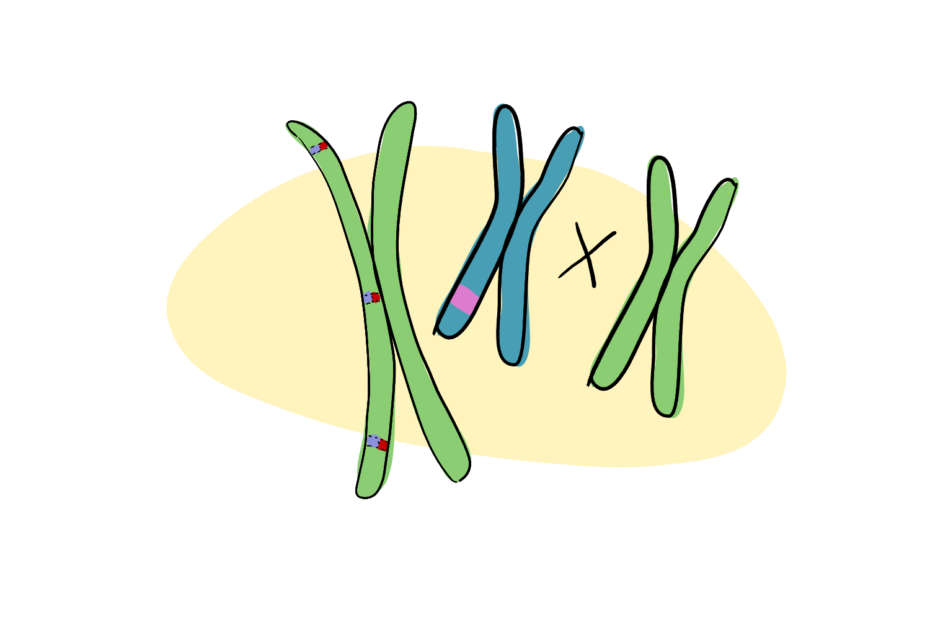 Without plant breeding, the fruit and veggies of today would look very differentOver thousands of years, humans have  genetically modified plants through selective breeding, to yield bigger, tastier and hardier plants. In the 1990s, the tool set of plant breeders was extended by means of genome engineering. Genome engineering encompasses the introduction of foreign genes into the DNA of plants as well as other molecular methods that selectively modify, delete or add genetic information.

Along with the advent of genome engineering came critical voices. Some have argued that the new technique creates many unknown effects in the genome, more so than the conventional breeding techniques we have used for millennia. A group of Chinese researchers around Quingsong Liu now investigated whether this claim holds true: are conventionally bred crops less affected by unwanted mutations than those created by genetic engineering?

Genetic engineering, the manipulation of genetic information (usually, at least in crops) through the introduction of foreign DNA, was met with excitement and rejection. While transgenic plants increased the productivity and profits of the people growing them, the plants also sparked fear in some consumers and activists. A common concern revolved about the idea of unknown consequences of the genome engineering, also called off-target effects.

In classical transgenic techniques, foreign DNA is transferred into the genome of a plant. A typical candidate for this foreign DNA might include a resistance gene against a particular herbicide, or a gene that helps fight a particular group of bugs that eat the plant. The stretch of foreign, or transgenic DNA is inserted  into the plant genome  with the help of a bacterium, but this insertion occurs at a random position in the genome.

This process is basically the equivalent of realising that the essay you’re writing needs an extra sentence or two in it, and then adding the sentence by closing your eyes, stabbing the page with your finger –  and immediately starting to write wherever your finger lands. Using this finger-stabby method, there’s a chance you’ll mess up a word, destroy the meaning of a sentence, or even corrupt the whole paragraph. Similarly, although genomes don’t need to be read quite so linearly as essays do, randomly inserting a gene – even a known gene – has the potential to mess up whatever is found in that particular area of the genome.

Of course, during the breeding process, the location of the transgene in the genome is subsequently analysed and evaluated – the equivalent of taking off the blindfold and reading the bit of the book you just edited with to see if everything still makes sense.  The newly created crop variety is carefully tested to be healthy and fit – otherwise it would not be of any value to the farmers growing the plant.

In conventional breeding, a plant with a valuable ability, such as salt tolerance, might be crossed into a commercially grown line. The commercial lines tend to have their own suite of amazing features, while that new salty-surviving plant likely does almost everything worse, with the exception of liking it salty. And so, the salty-commercial hybrid has to be continuously crossed with commercial plants, in a multi-generational (and many year long) plan to effectively ‘dilute out’ the salt lover’s genome. In the end, (hopefully) only the genes required for the salt tolerance remain and everything else is top-quality commercial crop. Every step along the way, the plant lines have to be screened for salt tolerance to make sure the trait is not accidentally lost. In the end, the new variety is also tested before it is grown by farmers.

Both conventional breeding and genome engineering involve random events. Transgenic plants contain a randomly positioned foreign gene, conventionally bred plants contain a random mix of their parents’ DNA. When it comes to crop safety, it is relatively easy to assess the intended changes to a plant, but what about the unintended changes, the off-target effects? Is any of the methods creating more unintended effects than the other?

The question is hard to answer. Looking for the unknown is never easy, and it is especially hard when dealing with huge genomes of crop plants. It is not enough to simply compare the DNA of a transgenic plant to that of its non-transgenic predecessor. First of all, the changes found in the DNA code might not actually cause any effect and second of all, it would not answer the question: do transgenic plants have more off-target effects than conventionally bred plants?

The solution Quingsong Liu and colleagues chose relied on the combination of transcriptomics and metabolomics. “Omics” describes a group of analytical technologies that look at the bigger picture of cellular processes and that are very much in fashion today. Fortunately, their names are easy to decipher: transcriptomics without omics is just transcript (RNA!) and metabolomics is simply metabol(ite). The first one analyses the individual activity of (almost) all genes, the second one the individual quantity of (almost) all metabolites found in a cell.

The researchers picked four transgenic and nine conventionally bred rice varieties and compared the amount of RNA transcripts and metabolite profile to each other and to their respective parents. The transgenic lines were desinged to express two proteins from Bacillus thuringiensis that protect the plant by killing certain insects that feed on rice leaves. You might know this type of transgenic plant under the short name “Bt rice” – with Bt standing for the bacterium from which the two genes were isolated. By comparing the varieties at  the transcript and metabolite level, the researchers aimed to observe the actual effects on cellular metabolism that any of the two techniques might have.

While Liu and colleagues could find many transcripts with altered accumulation, they could not see any transcript pattern that was specific to the breeding method used to create the varieties. Transgenic and conventionally bred varieties from the same parents were quite different from their parents – but both in very similar ways.

The researchers observed similar effects when analysing metabolite accumulations. A couple of core metabolic processes were slightly altered through the breeding process, but it did not matter which technique was used to create a new variety. Both techniques resulted in plants that were different from their parents in similar ways.

The team around Liu concluded that transgenic and conventional breeding both result in numerous changes to the gene activity and levels of metabolites. We know from conventional breeding, the products of which we’re growing and consuming for thousands of years, that these numerous but small changes have no impact on food safety or quality. It is therefore unlikely that the same changes found in transgenic plants are harmful.

There is one important point to keep in mind, though. The transgenic plants in the study were expressing two proteins that have no known activity in plants, but are only active in bugs. The transgenically introduced proteins hang around in the cell, not doing much, and probably don’t affect any other plant cellular processes. The story might be different if other genes are introduced. Glyphosate resistance, for example, is created by introducing a modified copy of a plant enzyme. This, hypothetically, could lead to stronger off-target effects by changing the metabolic network around that specific enzyme. Whether or not these effects are harmful is yet another story.

The study of Liu et al. shows two things: one, that to assess the off-target effects of any genetically engineered plant we have to compare it not only to its parents but also to its conventionally bred siblings, and two, that it is much more important what is done to a plant than how it is done. Hating or loving a technique over the other means little to nothing in terms of actual safety, quality, or even just off-target effects.

I propose an alternate idiom for the case of plant breeding: don’t judge a book by its printer; and don’t judge a plant by its breeding technique.