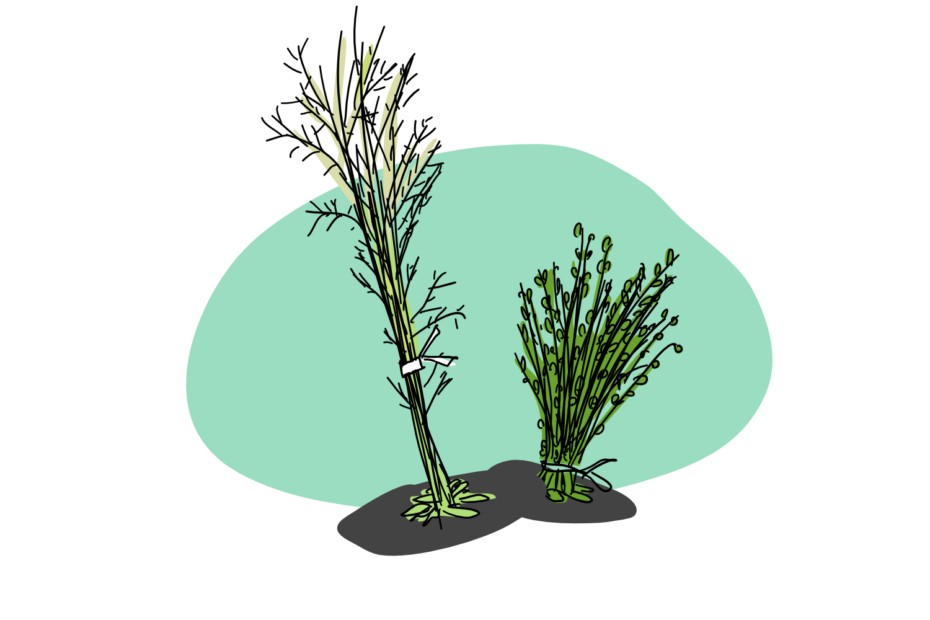 When the long-term plant-host relationship becomes too close… it might be a sign of a parasitic relationship.

You might be part of a parasitic relationship if:

Parasitism is a symbiotic relationship where the guest (parasite) benefits while the host suffers.

Despite other symbiotic relationships like mutualism – where both species benefit – or commensalism – where one species benefits while the other is not affected – parasites not only depend on their hosts as a food source but they have even evolved various methods to control host behaviour ultimately promoting their colonization and virulence.

While we often tend to envision parasites in a nasty, sucking bug form (think ticks or leeches), about  1% of the flowering plant species themselves  secure their sugar and water by parasitizing neighbouring plants. YES, plants can parasitize other plants! These parasitic plants generally access into the host tissues with a specialized kind of root – called haustoria – used to exchange nutrients, sugars and water.

A minority of parasitic plants show the Dracula attitude: ultimately killing the host by sucking out all of its nutrients. Alternatively, parasitic plants can alter the physical environment around them (e.g. impacting on the soil biota) and be more like Robin Hood by suppressing or limiting the growth of competitive plants and maintaining high species diversity.

When it comes to plants and zombies, the parasitic culprit in question is Candidatus phytoplasma, a bacterium able to infect a broad spectrum of plant species and obligated to a dual host cycle that involves plants for nutrients and insects as vectors to move from plant to plant. These parasites are known to change the plant host into a ‘Zombie’- preventing death, while also enhancing the number of lateral branches and increasing the amount of leaves. Huang and colleagues hypothesized that the phytoplasma effector, responsible for this plant phenotype, is a  protein produced by the bacterial parasite, known as SAP05 (secreted AY-WB protein 5).

In order to test that theory, the scientists created Arabidopsis thaliana plants that made SAP05 within their own cells (instead of receiving it during infection by the bacteria)- and could show that these plants did indeed show the altered zombie-like structures. These plants displayed faster leaf initiation, a higher number of early stage leaves and more shoots compared to ordinary (wild-type) Arabidopsis. Many characteristics of adult leaves like trichomes (a kind of plant hair on the leave’s surfaces) were also absent, flowers are abnormal and most of SAP05 plants show complete sterility. On top of that, the plants gradual decline towards death – aka senescence- was also delayed….which seems to us like just one more common symptom of zombification!

So what’s the benefit of all of these changes to the parasitic bacteria?

By  manipulating the host phenotype through SAP05, the bacteria is ultimately enhancing plant proliferation and providing itself with more leaves to colonize. By doing this, and by delaying plant aging, the possibility of plants being visited by phytoplasma insect vectors is increased… allowing the cycle of zombie phytoplasmas to continue!

While extended life and leafy growth might sound like a daydream, the inability to produce offspring is ultimately devastating for the plant, and equally disappointing for any humans that rely on plant seeds (e.g., cereals and grains) for our food!

So ultimately, scientists want to protect plants from zombification. An approach of prevention involves ‘going molecular’. Further research by Huang and colleagues revealed that the SAP05 enacts its zombie changes by degrading two plant transcription factors – called SPL AND GATA – which play respective roles in controlling the Juvenile-to-adult transition and flowering. To degrade these factors, SAP05 must first bind with a certain part of the protein degradation machinery – the RPN10 receptor of 26S proteasome ubiquitin. Preventing this binding from happening could save plant lives! Model and computational analysis revealed that the binding between the bacterial SAP05 and the plant RPN10 can be blocked by changing just 2 amino acids in the RPN10 binding site – a fairly easy task using modern CRISPR technology.