Every family has an oddball cousin, here’s Arabidopsis’ 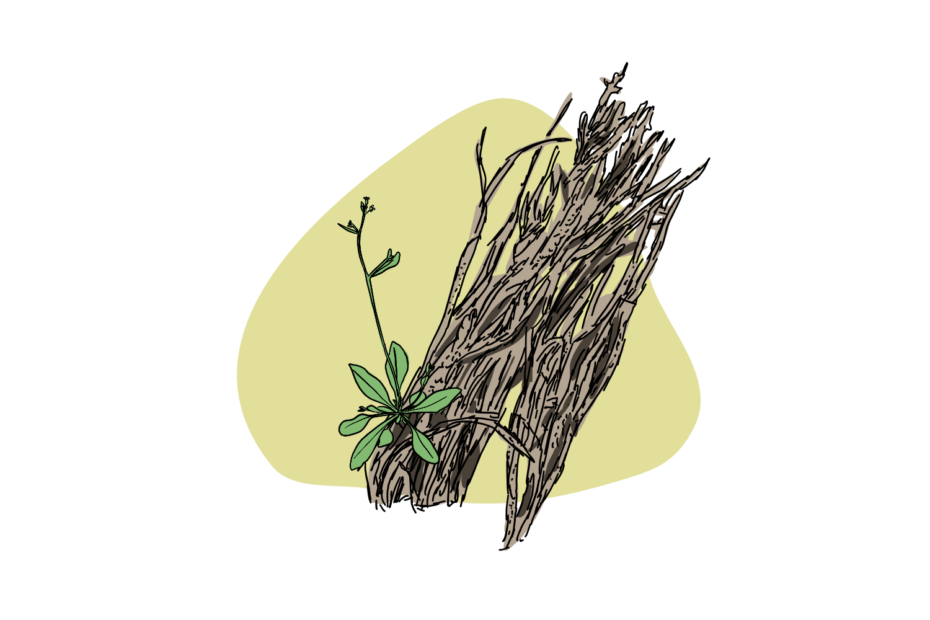 While the rest of us were distracted by the events of 2020, a desert plant quietly announced itself as a new cousin to the plant lab rat, Arabidopsis.

In a publication from early 2020, Wessel Swanepoel revealed that the plants species Tiganophyton karasense, first realised to be undescribed in 2010, is in fact a cousin of our favourite lab plant, Arabidopsis thaliana.

T. karasense, is a dwarfed (0.8m tall) evergreen shrub that persists in the arid ǁKaras Region, to the south of Namibia. It is suspected that there are only about 1000 individuals in the wild.

By contrast Arabidopsis thaliana, the model plant species used by literally thousands of scientists across the planet, and raised (and then killed and studied) in millions every month, is a small rosette of about 10 cm diameter, that prefers life in the shadier northern parts of the world.

Here’s a picture of them at their family reunion.

Overall, T. karasense does share some characteristics with members of the Brassicales, including spirally arranged leaves, bisexual and tetramerous (four sectioned) flowers, and the presence of a specific type of floral stalk called a gynophore. But to be honest, you have to look pretty close to find the similarities.

And the reality is, that in order to identify T. karansense as an Arabidopsis cousin, the scientists couldn’t do it just on looks. They had to use sequencing.

In an initial experiment, they sequenced a gene found in the chloroplast genome, called rbcL. Genome sequences change over time, and more closely related species tend to have more similar sequences. T. karansense’s rbcL looked pretty similar to that of other Brassicales, but in order to support the link (and, I suspect, because the scientists were like ‘Really? But REALLY??’), they also sequenced two more chloroplast genes (ndhF and matK), and one from the mitochondria for good measure (matR).

Sure enough, T. karasense sequences suggested that its closest relatives were members of the Brassicales.

Finally, to really confirm those family ties, the scientists searched for the presence of glucosinolates. Glucosinolates are a type of organic compound made specifically by members of the Brassicale family- they’re one of the major elements that give this mustard family its particular taste (think brussel sprouts, horseradish, capers, water cress). Turns out, T. karansense makes those mustardy flavours.

Although Tiganophyton karasense was found to be in the same order, Brassicales), as arabidopsis, it isn’t in the same genus family, Brassicaceae (the hierarchy of closeness goes species>genus>family>order>phylum/division>kingdom. In fact, the ‘new’ plant is so unique, that it was ascribed its genus and family!

We think overall that would make Arabodopsis and Tiganophyton karasense would be something like second cousins, or first cousins once removed.

Finally, while the species name ‘karasense’ refers to its Karas region habitat, the name Tiganophyton is derived from the Greek τηγάνι, tigani, meaning ‘frying pan’.

(I strongly encourage you to follow the link to see some other images of the ‘new’ species, including close-ups, where it looks like a mixture between a succulent and brussel sprouts… which kind of makes sense!)