Faced with fire- how some plants beat the burn 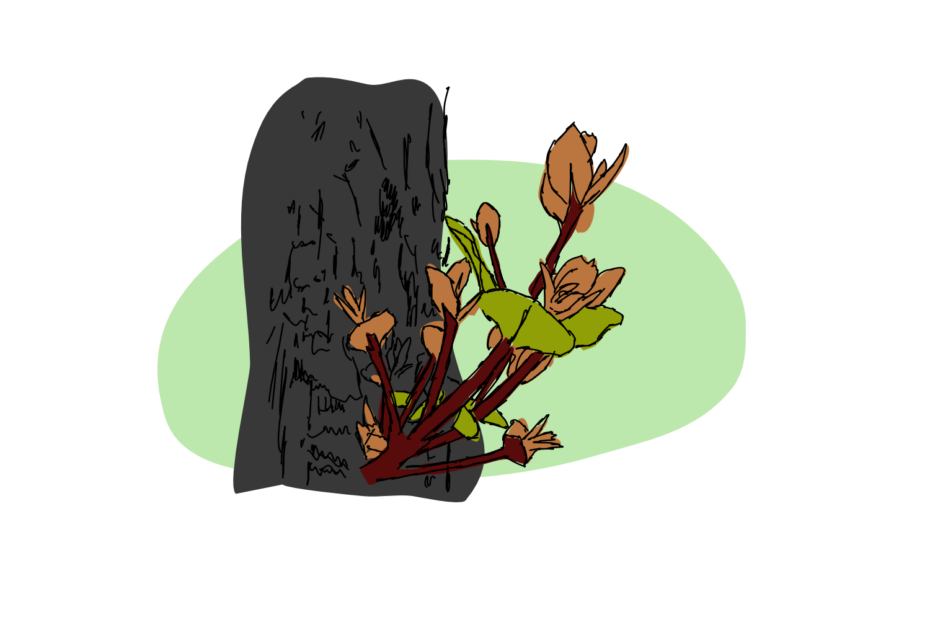 We’ve been thinking a lot about the Australian bushfires recently.

In case you’ve missed it, the 2019-2020 fire season in Australia has been absolutely catastrophic, with nearly 18 million hectares burned. Hand-in-hand with this horror, is the loss of houses and infrastructure, native animals and plant biodiversity, and even human lives.

But recently, good-news articles have started to appear, celebrating the return of signs of life in Australia’s char-burned bushlands. So today, we wanted to take a break from discussing the fires themselves- which are still ongoing-, and instead look at some of the amazing mechanisms that Australian plants use to beat the burn.

Fire is a major part of the Australian landscape, and has been shaping the environment for some time. The native plant species- particularly those found in the more Mediterranean climates of the South West – have been under fiery pressure since at least the Cretaceous period (90 million years ago!). And in that time, they’ve managed to develop some methods to survive.

Broadly speaking, when you’re a sessile south-western plant species that can’t outrun the blaze, there are two methods to survive the fires. You’re a Resprouter, or you’re a Reseeder. Now as so often turns out when humans try to place things into binary categories, it just happens that many plants are a bit of both. Which has necessitated the creation of long-winded terms like ‘obligative vegetatively reproducing sprouter’ or ‘faculatiative sprouter-seeder’. We suggest that it’s probably just in your best interest- here and in life generally- to accept that these things often exist in the real world as more of a continuum.

Anyway, as you might have guessed already from the names, Resprouters tend to recover after fire by sprouting, while Reseeders recover by growth from seeds.

Who falls into which category seems to depend on family history of the plants, but also the environment those species live in. For example, within the Banksia family in Western Australia, the number of resprouters increases in areas of more higher and more seasonally spread rainfall. But the traits themselves are not uncommon- 50 % of the protea family, 45% of the orchid family in Western Australia show resprouting tendencies!

At the physiological levels, the two types of fire-survivours have features that quite logically match their methods. Reseeders, for example, tend to have shallow roots, and grow very quickly from seed. When they reach maturity, they are more likely to produce a greater number of flowers, and those flowers have more ‘floral rewards’- treats like nectar that attract desirable pollinators. By contrast, resprouters have deep root systems (protected from heat), and often stock the storage compound starch in their roots to fuel their post-fire regrowth.

Fire-avoiding techniques don’t just involve post-fire responses, but also involved preparation before the event. Many Aussie tree species (particularly resprouters) have thick corky insulating bark, to protect their valuable vascular tissue from being burned. Reseeding species, meanwhile, have developed methods that ensure their safety from fire deep beneath the soil layer. Some have specially shaped seeds that are easily twisted and integrated into the dirt, while other species adorn their seeds with lipid- and protein- rich elaiosomes, that encourage hungry ants to carry and store seed stockpiles deep within their nests. Others still lock their seeds away in hard woody vaults, which in some cases require fire to be opened.

As it turns out, fire isn’t always a bad thing. In fact, it can be a major driver of diversity across space (which environments are burn-sensitive) and time (when environments were last burnt). That’s because, although fire can be devastating, the post-fire landscape tends to be one with less competition and more availability of resources. For example, decreased canopy cover, and therefore increased light, can help new species grow, as can the increased availability on inorganic nutrients in the ashbed, and the newly parasite-free growth conditions. In fact, there are even some arguments that certain plant species- particularly those who recover well from fire, might actively encourage fire-spread across the landscape. Common Aussie plant groups like eucalypts, banksis and xanthorrhoea (grass trees), have leaves that are chock-full of highly flammable essential oils… although these might be accumulated primarily to prevent predation by pests.

All in all, fire itself is not uncommon, nor necessarily problematic in many Australian environments. But that depends on how often the fires occur, and how intense they are. Biodiversity is highest when fires occur at medium frequency, giving individuals and communities time to recover. Reseeder species need time between major burns to reach reproductive maturity, while resprouters need a chance to photosynthesise enough to re-build their energy stores.

Although fire is a natural part of the Australian landscape, increased intensity and frequency of burns, that is to say, the situation we expect to occur under the ongoing climate crisis, are unlikely to favour even these amazing fire-resistant flora.

This is Part I of a series on Fire responses in Plants. Part II is coming soon!