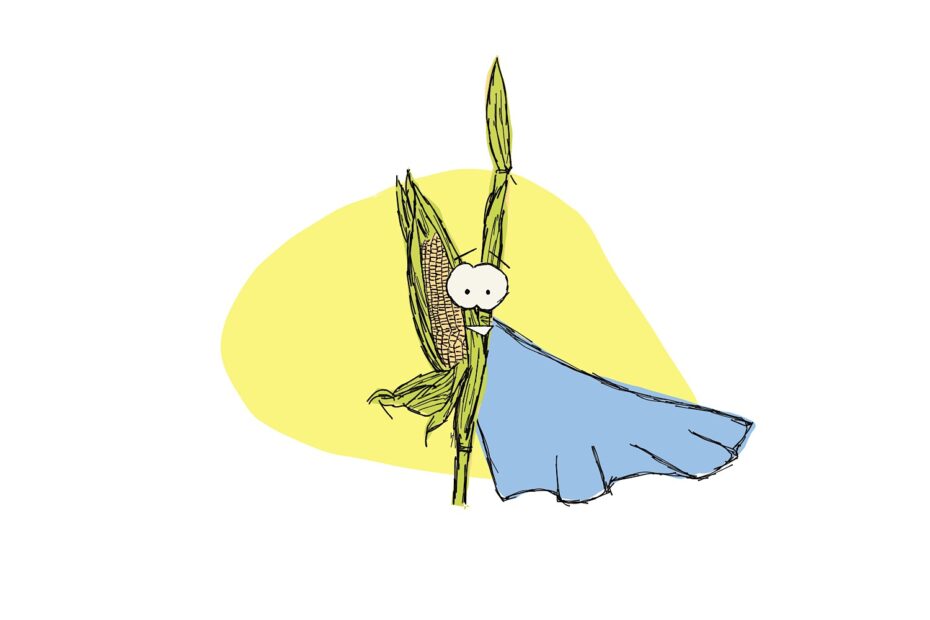 Breeders have spent decades, centuries even, creating near-perfect crop lines. Meanwhile, scientists argue that these plants might still be further improved, and that new technologies can provide shortcuts in creating new lines. However, as is often the case, the theoretical discussion leads in practice to a dead end: the new technology simply doesn’t work when used with certain optimised lines. Recent work from Kelliher et al. demonstrates a neat way to ignore this problem. All you need is a few genetic glitches (or deliberately programmed errors), and a sprinkling of the right drugs. Oh, and a willingness to leave one parent behind in the process.

We’ve already mentioned- several times in fact- the idea that crop plants might be improved by scientific tools. That by adding or removing certain genes, by changing them slightly, or changing where or even when they are expressed, we might be able to make better plants. Better plants means those that make more or better quality produce (think more important nutrients or higher protein content), or plants that have better resistant to biotic (bugs and germs) and abiotic (drought and heat and salt and flood) stress.

The things is, making ‘better plants’, is something that we’ve been working on for many years. Over the last centuries, and particularly in the last 60-70 years, plant breeders have worked to create ‘elite’ crop cultivars, which are fairly close to perfect in many ways. These elite crop cultivars already have many of the traits that scientists want to further improve: they produces many, large, high quality seeds, and generally have some other bonus skills thrown in.

This means, that if we want to improve our current crops we shouldn’t start right from the beginning. Instead, we should take these already practically-perfect crops, and make them even perfecter.

Which is where the problem comes in. Because the cultivars that breeders have been busy breeding, are not the same ones that scientists have been studying and developing new technologies. The elite cultivars can be very different from lab cultivars, and don’t perform the same way when it comes to using the new techniques.

It’s roughly the equivalent of trying to bake a cake using plain, or gluten free flour, instead of self raising flour.

For example, many elite crops cannot be transformed, meaning that it is not possible to change their DNA directly. To get around this problem, one option is to transform the lab cultivar with the changes you want, and then cross it (breed it) with the elite cultivar -they are the same species after all.

The offspring will have a mix of traits, including good traits, i.e. all the ones coming from the elite parent, plus the new, engineered train. But roughly half of their genes- the ones coming from that crappy lab cultivar, will be less ideal. To get rid of those genes, the new plantlings must be bred with their elite siblings, again and again, to slowly eliminate the imperfect genes. This process takes time, energy, and money.

So how do you get new traits into tricky-to-transform lines without also bringing in undesirable DNA?

The answer could well be HI-Edit.

HI-Edit rests its success on one big concept. Most of the time, when an egg and sperm meet, their DNA is combined to create offspring with two sets of each chromosomes- known as diploid. But sometimes, a genetic glitch occurs, and one half of the DNA gets lost. The offspring only has one set of chromosomes, coming from only one of the two parents. This is known as being haploid. Haploid induction, i.e., making this genetic glitch happen more often, allows elite cultivars to be bred with lab cultivars, without the lab DNA being passed onto the offspring. By the way, the HI in HI-Edit stands for Haploid Induction.

(We’ve introduced the concept of haploid induction previously, with Not Like Dad, a maize mutant that doesn’t inherit any paternal DNA).

Once you know how to make plants give you haploid offspring, the rest is fairly easy.

But when that newly formed zygote begins to divide, the DNA from the CRISPR/Cas9-containing lab cultivar is left behind. So the zygote contains only the elite line’s DNA. Except now, that DNA has been edited by its brief contact with the lab cultivar’s CRISPR/Cas9. Because the zygote is haploid, and haploid plants can’t survive, it takes a little bit of the genome-doubling drug colchicine (check out our post on that here), to make a diploid zygote.

Voila! An elite plant, with new alterations… and none of the mess and time of old-school breeding.

For those of you wondering about the haploid induction itself- i.e., the ‘leaving behind of half the DNA’- works, well, there are several ways.

One is to use mutants like NLD, which are simply naturally terrible at passing on daddy’s DNA.

Another is to use a process called ‘wild crossing’, in which two completely different species are crossed. For example, if a wheat mother is pollinated with maize pollen, the incompatibility of two species leads to loss of the paternal maize chromosomes within the first couple of cell divisions. Again, this creates haploid offspring.

So now we have it- a new way to edit tricky-to-transform elite cultivars.

Not only does the HI-Edit system make it easy to edit elite crops in a time-effective manner, but it also limits the amount of time that the CRISPR hangs around in the cell. This is a plus, because one of the downsides of CRISPR is that there can be off-targets, i.e. changes made unintentionally to other genes. Furthermore, because the produced plants don’t contain the CRISPR itself, HI-Edit offspring would not be considered GMOs in some countries (like Australia!), making them much more marketable!

You can read more about the research in the original paper: