How the Cucumber got its Curve 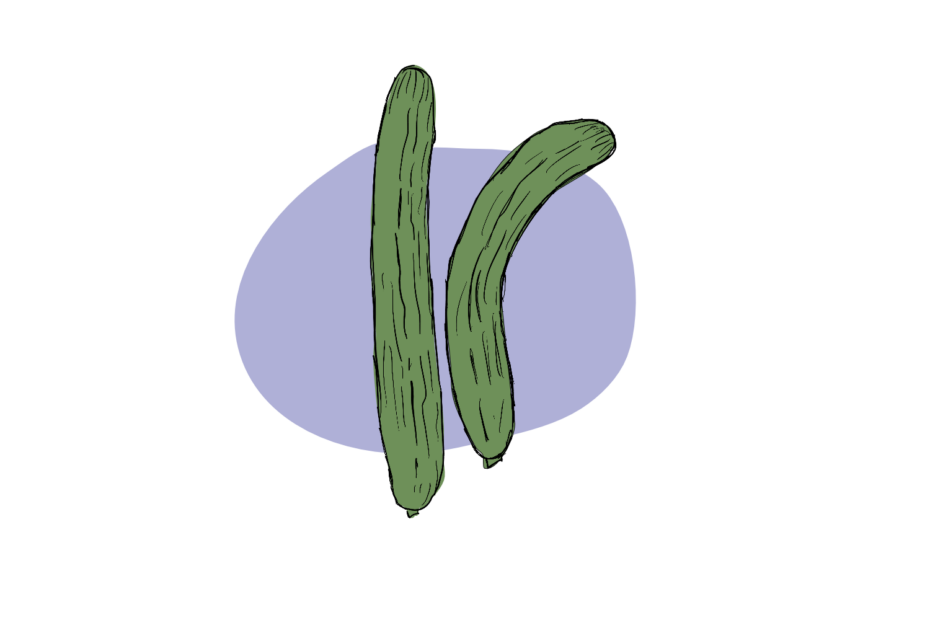 One of the stupidest arguments of the past years (and oh, there have been some strong contenders!), was the debate about the EU trying to regulate how bendy bananas were. Today we discuss a much more rational question: how the cucumber got its curve.

Trust us guys, there’s barely any politics in there!

You might have heard about this – the bendy banana debate was used by Euro-skeptics to show how the European Union had too many rules and too much red tape. It was also used by Euro supporters to show how misleading politicians can be.

Anyway, I looked it up just now, and the banana rule does in fact exist… sort of. Commission Regulation (EC) No. 2257/94, aka, the ‘bendy banana rule’. It deals with general quality guidelines for bananas (you know the drill – not too smushy, not too brown), similar to those in line for other produces. And yes – it does mention that the bananas shouldn’t have ‘abnormal curvature’. But on the other hand, it doesn’t really go into what exactly ‘abnormal’ would even be.

Cucumbers, by the way, have also come under scrutiny for being too bendy. From 1988 to 2009, they were not allowed to bend more than 10 mm per 10 cm of length. But now they’ve been de-regulated- since 2009, cucumbers can be as curvy as they please!

As it turns out, the EU wasn’t being overly bizarre in their commentary on banana and cucumber shape. Fruits shape is an important factor in consumer preference, and as such curving can impact on the commercial value of the fruit.

For cucumber, it’s already known that different varieties of cucumber produce fruit with different curvatures, and that this seems to be defined by multiple genes.The actual mechanisms causing curviness, however, remain unclear.

To understand how the cucumber got its curve, Shengnan Li and colleagues performed a simplistically sweet experiment. They sampled curvy cucumbers and looked at which genes were expressed on the inner side of the curve (concave side) and on the outer side (convex). And then they compared the two.

Amongst the many kinds of genes differing between the two sides, the scientists found several genes with products involved in hormone biosynthesis or interaction. Hormones – small messenger molecules that zip around the organism – have previously been implicated in fruit development of various species. In fact, messing with the signalling pathway of a certain hormone called auxin has even been shown to make tomato fruits develop all heart shaped!

It was this hormone that the scientists focused their efforts on, having discovered hints in their gene profiling that auxin was involved. They measured the levels of auxin on either side of the curvy fruits as it developed, and discovered that the convex side had up to twice the auxin of the concave site. Perhaps even more incriminating, it could be shown that curvier cucumber varieties had a larger differences in their auxin concentration between the convex and concave sides.

Of course, the true test lies in the ability to control the curve! The scientists demonstrated that addition of synthetic auxin on one side of the fruit would promote that side to curve. This mechanism behind the curve was relatively simple: auxin treated cells simply grew faster, eventually forcing the fruit to angle itself to fit the cells in. They could also balance out developing curvature by applying auxin to the concave side of the fruit, or limit curvature by putting an auxin inhibiting chemical on the fruits.

So, now we know how to get at least some of our fruits to grow straight. But does that mean that EU officials have to run around with tiny eye-droppers full of auxin or auxin inhibitors to balance the growth of their crops?

Well, not exactly. Because the scientists took it one step further. Although auxin seems to be one of the signals for the fruits to curve, it still required an effector protein to actually stimulate the increased growth on the convex side of the fruit. As it turned out, Li and colleagues had identified – in their initial analysis – a certain gene that was expressed to different levels on the concave and convex side of the fruit, and whose expression changed just as fruit got curvy. By engineering the cucumbers so that they would produce equally high levels (overexpression) of the gene throughout the entire fruit, the scientists could produce.. you’ve got it – almost completely straight cucumbers!

Unfortunately, this discovery doesn’t solve the mythical problem of the bendy bananas. Firstly, because it’s unclear if the same gene is present in bananas (although related genes have been found in melon (Cucumis
melo)), mulberry (Morus notabilis), cocoa (Theobroma cacao) and wild soy bean (Glycine soja)). Even if the exact or a similar gene is present, it doesn’t mean that it does the same thing. And – even aside from the legal issues related with genetically modified crops in the EU – in this case the overexpression wasn’t so good for the plant overall. Auxin is pretty important throughout various stages of the plant life, so messing with how it works tends to lead to changes in plant health.

So we have an answer to how the cucumber got its curve, and even maybe clues to how to unbend a banana. But maybe it’s also fine if some things in life stay a little crooked.