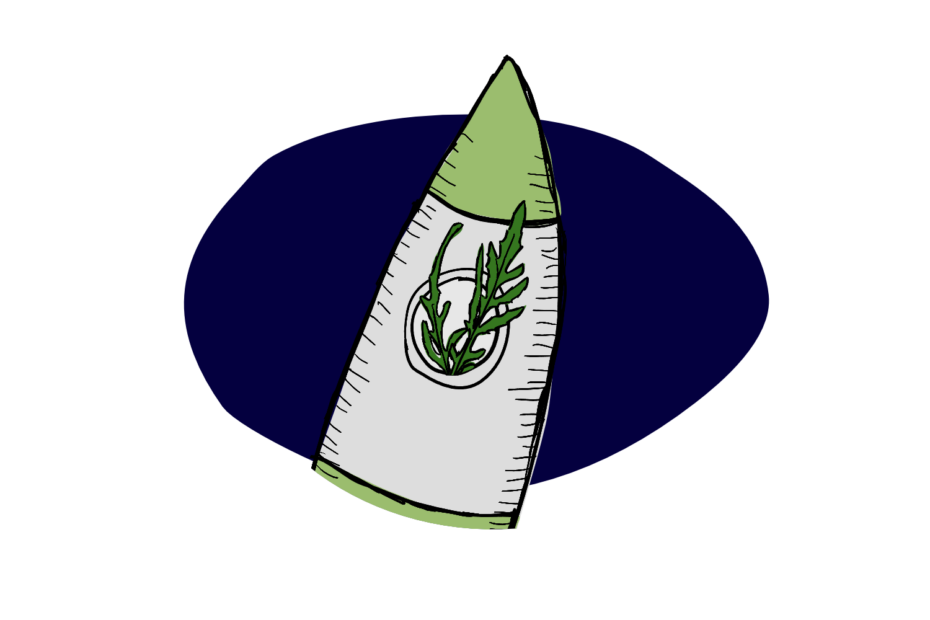 Is part of the reason I’m doing a post on this paper the amazing story behind the name? yes!

Every now and then, a story will show up about plants in space.

You might remember last year that China managed to germinate, and very briefly grow some plants on the moon (spoiler alert, they all died).

Understanding how plants survive and grow in space is an important consideration for those contemplating long-distance space flight (and, I guess ultimately, some kind of off-planet existence). Obviously, if human’s are going to go anywhere, at some point we’re going to need to take some plants with us.

Have I mentioned in the last few minutes that thing where plants make our food-and-oxygen-and-fabric-and-structures-and-medicine?

If humans are ever going to conquer that final frontier, plants will also need to Boldy Go.

As it turns out, plants have spent a good billion and a half years or so perfecting how to live on earth. They understand earth’s day-night cycles, they’re used to that familiar pull of gravity that guides their roots into the earth, and I – who generally balks at over anthropomorphisation of our leafy friends – would even go so far as to say they enjoy not being blasted with a tonne of excess UV radiation.

So taking plants into space can be tricky for the plants. But it can also be incredibly informative – revealing to scientists the hidden potential of these green geniuses in responding to conditions that go far beyond what they’ve seen in their evolutionary past.

In recent years, a number of studies have investigated how plants deal with long-term exposure to the harshness of space. Basically, the scientific equivalent of seeing if plants can grow in a box planter hanging out a hypothetical window of the International Space Station (ISS). Although these conditions are wildly unsuitable for plant growth – we’re talking 450 km above earth with temperatures fluctuating between -25 and 50 degrees C, and a near-vacuum state- it turns out that plant seeds can actually survive. When shielded from the intense UV radiation, nearly 90% of Arabidopsis and tobacco seeds that ‘hung out of the window’ for over a year still managed to germinate! What’s more, even though arabidopsis and tobacco didn’t do so well when not shielded, other species, such as bindweed, potentially can take huge doses of radiation, thanks to their hard seed coats and protective production of phenolic compounds.

Our story begins with two kg of Eruca sativa being loaded onto the Soyuz TMA-18M rocket in late 2015. The key point here, is that the common name for E. sativa, is, rocket. (Also arugula, but that’s not so funny). The scientists were not ignorant of the comic gold that was their experiment: they named the mission ‘Rocket Science’.

The seeds were kept inside during their space voyage, and were thus largely shielded from the harshest conditions of space. Still, they could not be completely protected from changes in gravity, variation in radiation amounts and types, changes in pressure and humidity, and of course, the vibrational and sonic shock of actually getting in and out of space in their rocket.

After six months on the ISS, the seeds were sent back to earth, and distributed among 600,000 school children in 8,600 schools across the United Kingdom. The students were tasked with growing the seeds, along with other, control seeds that had not left earth – but in a blind experiment were not told which were the true rocket rocket seeds. You can read more about this amazing science education project, organised by the Royal Horticultural Society and the Uk Space Agency, over here. The results of the study suggested a slight delay in seedling germination and establishment.

Recently, Jack Chandler at the Royal Holloway University of London, UK, and colleagues delved deeper into the effects of flight on germination physiology, and transcriptome.

In support of the school students’ findings, the adult scientists found significant delays in germination for the rocket rocket (as opposed to the earth rocket), but this did not affect subsequent development, cholorophyll content, seedling growth or nutritional quality.

Reduced germination speed has been previously shown to arise due to seed ageing, a process that first affects seed vigor – the speed and uniformity of germination, and ultimately leads to losses in viability. To test whether the rocket rocket had undergone a kind of ‘advanced ageing’ the scientists first demonstrated that artificial ageing of the earth seeds could lead to similar germination delays. They then looked at how ‘leaky’ the seeds were – measuring the amount of solutes that escape as the seedlings first become moistened and start to swell. The rocket rocket was indeed leakier, a sign of increased age.

To further investigate the causes of this aging, the scientists then undertook transcriptomics – looking at the levels RNA being expressed in the rocket rocket and earth rocket in the earth and space seeds, and also looking at how transcripts were different when those seeds had been artificially aged. Interestingly, rocket rocket transcripts showed patterns that were somewhere in between earth rocket, and aged earth rocket, supporting the idea that spaceflight has a partial ageing effect on the seeds. Furthermore, while rocket rocket and earth rocket had over 700 genes that showed differential expression, when both of the seeds were artificially aged, those different genes dropped to just 44. In total, seed ageing, as a process, could explain about 50% of the space-induced differentially expressed genes (DEGs), while space induced DEGs represented nearly one quarter of seed ageing DEGSs, reinforcing the overlap between the two. Nonetheless, when looking more closely at the different types of genes that changed, and their expression responses, it was clear that there were some differences between ‘space’ and ‘ageing’. More details about the specific ups and downs can be read in the paper.

Perhaps unsurprisingly, some of the genes that were found to be responsive to space travel, were those involved in ‘response to radiation’, including genes involved in repairing DNA damage arising from ionizing radiation (e.g., UV). Also upregulated were several catalase genes, which have been shown to have a role in seed ageing recovery, and stress-responsive molecular chaperones.

Although the scientists can’t confidently conclude the exact stresses of space that caused the changes in the rocket rocket seeds, they hypothesise that the apparent ageing was mainly due to low-level ionising radiation (which could be more than 100x that on the Earth’s surface), perhaps in combination with mechanical vibration. Although long-distance spaceflights would cause much higher exposure – a trip to Mars, for example, would give at least 5-times more radiation exposure, the feat of the tiny seeds is still fairly impressive, and suggest some promise – if the right species and conditions are chosen – for survival in future trips across the universe.