Joram and the Easter Egg Plants 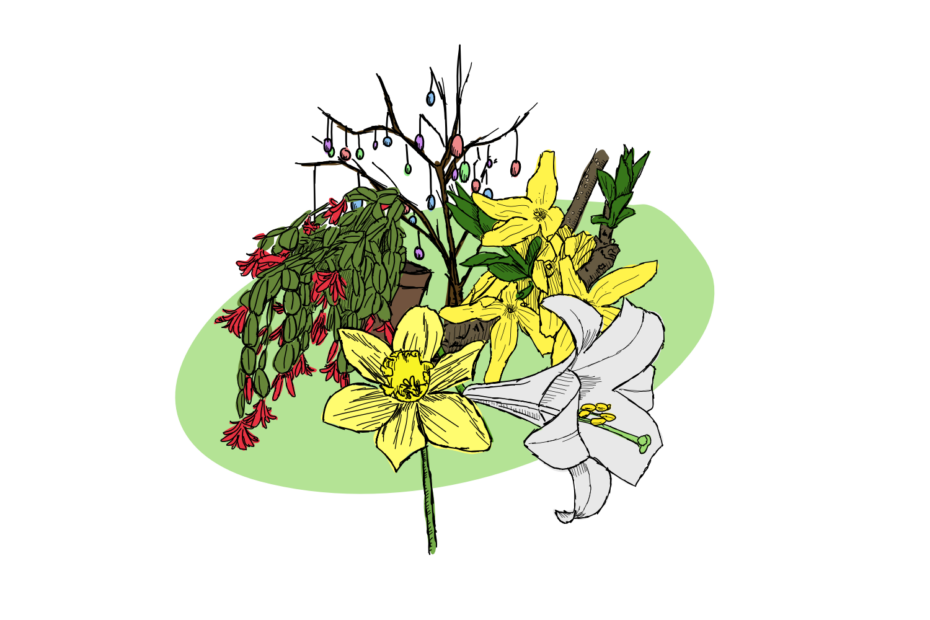 Those of you who have followed for a while will know that neither Joram nor I are religious, but that we both grew up in vaguely Christian cultures. So although we’ve gone with an Easter theme here, we want to wish everyone- whether they’re observing Easter, the start of Passover, or (in a couple of weeks time) the beginning of Ramadan, or if they’re just happy that the seasons are changing – peace, happiness, and as much time as spent with loved ones as possible in these tricky times.

On with the plants

S. gaertneri is a tricky one in my book, because the Schlumbergera genera (a rather spectacular name, given for a Monsieur Schlumberger who enjoyed cactus collection) has somehow managed to contain both an Easter and and Christmas cactus.

This particular little guy sis also known to be more difficult to grow than it’s Christmassy cousin: it’s uncomfortable around strong sunlight and reponds ‘badly’ to both over- and under- watering.

We’ve talked about this genus before on the podcast, and if you live in the higher latitudes you’ve almost definitely seen this bright yellow tree/bush glow against an early spring sky. My favourite fact about this plant is that people originally thought it produced lactose – the milk sugar. So far, the proof of this idea is lacking.

Lillies seem to have a fairly literal relationship to Easter, with some legends stating that the flowers grew in the Garden of Gethsemane, springing up from ground where Jesus’ sweat fell on the last night before his crucifixion.

Lilium longiflorum itself is endemic to Taiwan and Japan, so is unlikely to be the same species. Still, lilies are widely use for decoration during the Easter period.

The easter lily is also known as a symbol of remembrance for the Irish republicans who died or were executed during the 1916 Easter Rising- although note that this is a different species (Zantedeschia aethiopica or calla lily).

According to our resident German, Daffodils are called Osterglocke, aka Easter bells, in German. I’m willing to believe him on this one, because the wild daffodil Narcissus pseudonarcissus is also sometimes called a ‘Lent lily’ in English.

These guys, and pretty much any bulb species, anyway represent my favourite Easter theme: rebirth. Although it didn’t really make that much sense growing up in the deep South (Southern Hemisphere), there’s really very few things cooler than seeing a tonne of brightly coloured flowers literally springing out of a patch of previously drab earth.

Note – not a real tree, or at least not a living one. To create, take one branch, stick it in a vase, and hang some eggs off it. It might help to paint some first.

There is a famous German individual (with its own wikipedia page!) that is decorated every year with around 10 000 blown out and painted eggs.

We wish you a happy and healthy spring!