Just like humans, these monkeys use plants to self-medicate 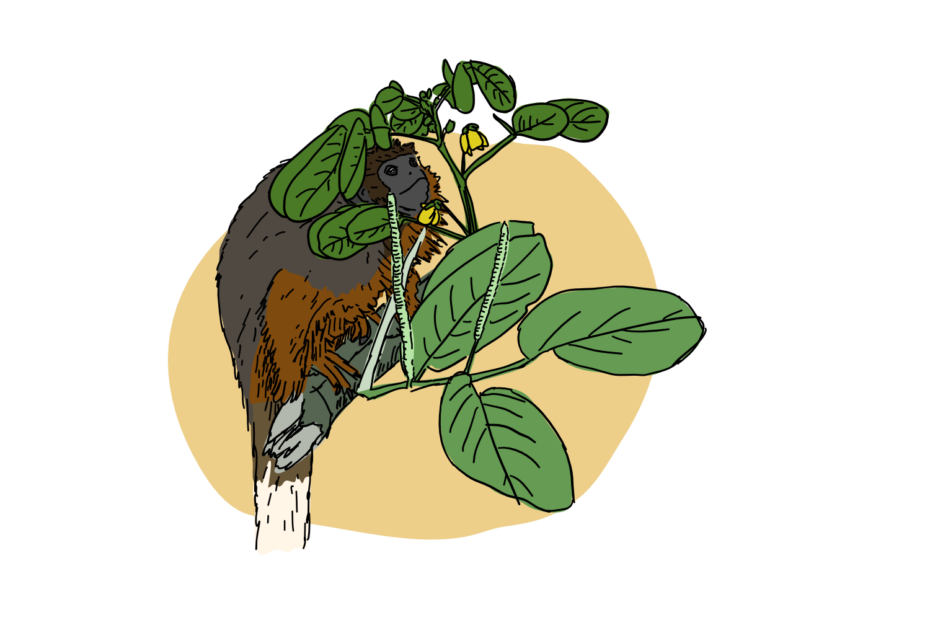 Observations of Brazilian monkeys shows once again that humans aren’t the only ones to use plants as medicine.

Brown titi monkeys, Plecturocebus brunneus, lead a fairly docile life – spending the majority of their time resting and feeding on fleshy fruits deep in the tropical forests of Bolivia, Brazil and Peru. But recent observations by Brenda Letícia Pereira Oliveira reveal a curious behaviour, in which the primates chew on plant leaves, but not for the purpose of consumption.

On 27 separate occasions, the scientist could observe both male and female monkeys chewing on the leaves of Senna obtusifolia or Piper tuberculatum, and then rubbing the plant matter either on their chest (Senna) or hands (Piper).

Senna obtusifolia, also known as Chinese senna or American sicklepod, is a legumous species found across much of the earth’s surface. It has been long used as a traditional medicine product, particularly in Asia. Recent laboratory studies have shown that extracts may have broad-spectrum activity across gram-positive and gram-negative bacteria and fungi, which in turn is associated with the plant’s production of various saponins (soapy chemicals), tannins, alkaloids and flavonoids.

Similarly, P. tuberculatum,  a cousin to the spice plant, pepper, contains a range  of secondary metabolites including piperine, with extracts of the plant shown to display strong insecticide activity.

Although the current results are exclusively observation based, the scientists hypothesise that the monkeys use the plant species as a form of self medication – to prevent the growth of smaller pests and the bites of larger ones.

Interestingly, this isn’t the first observation of titi monkeys slathering themselves in plant products – including the use of various other Piper species and Bauhinia species. Furthermore, Capuchins monkeys have been caught ‘medicating’ with Citrus, Sloanea, Clematis and Piper, while spider monkeys have been observed rubbing themselves with both Citrus and Zanthoxylum species

Overall, these studies reveal that humans aren’t the only animals thathave discovered the wonderful versatility of the plant world.

For example, have you heard about the rat that uses plant poison to shock and kill its enemies?