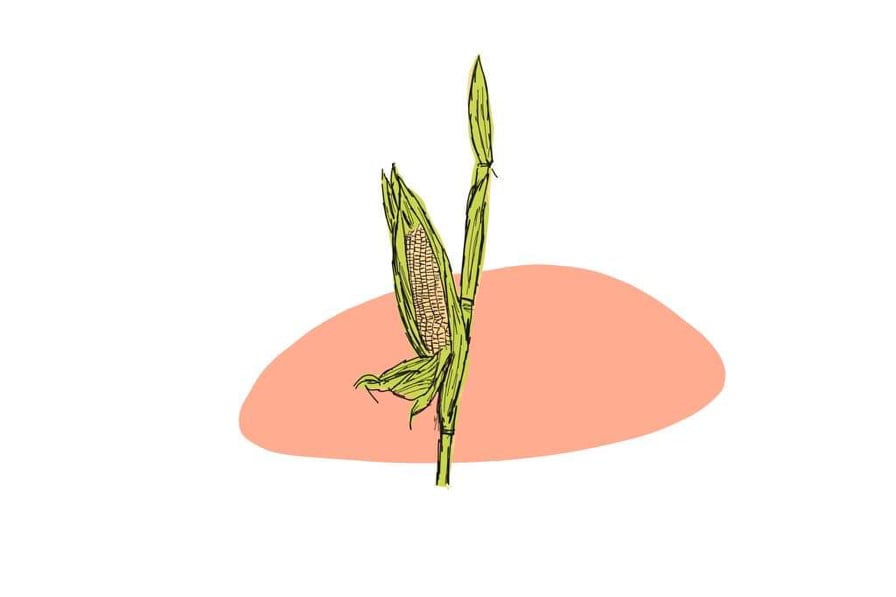 Welcome to a new Plants and Pipettes segment- #didtheyreallycallitthat, in which we discuss the bizarre names that plant scientists give their favourite genes, proteins or mutants. Just for the record, we at Plants and Pipettes are totally in favour of inventive naming. It makes everything a lot easier to remember. And at least a little bit more fun.

What I easily can remember, is that nld stands or ‘Not Like Dad’. And that mutants missing the NLD enzyme make plantlings that are not at all like their papa.

Which sometimes, is a very good thing.

Many of the plants we interact with in the world engage in sexual reproduction. This involves the meeting and joining of a female ovule with a male sperm cell (collectively called gametes). Sexual reproduction, in plants and animals alike, is an important factor for creating genetic diversity: it allows the mixing up of parental genes to create offspring with new and exciting combinations of traits. Plant breeders use this mingling to make new elite plant lines that contain a full set of desirable features, such as large seed size, resistance to drought and salinity, and so on.

The problem with breeding, is that once the prefect plantlings have been found, it can be hard to make more of their kind. In the same way that human siblings from the same parents are not identical, mixing two plant parents’ DNA together won’t result in recreated power progeny.

This is because the DNA of the plant parents themselves also contain a mix of traits. The genes in DNA tend to come in sets of two. One member of the pair comes from mum, and one from dad. Although each of the pair contains the same genes, the outcomes encoded by each gene is not necessarily the same. To use an old-fashioned (and, we admit, not entirely accurate) example, a person’s eye colour gene pair might have one copy encoding ‘brown’ and one encoding ‘blue’. In this example, because the brown outcome happens to win over blue (brown is a dominant trait), the individual will have brown eyes.

But when that brown-eyed person makes their own gametes, a process in which only one of the two gene pair members gets taken into each egg or sperm cell, half of those gametes will scream ‘brown eyes’ and the other half ‘blue’. And if one of those ‘blue’ gametes meets another gamete with ‘blue’ written in its code, then a new and (perhaps unexpected) feature will pop up in the next generation.

This feature, in which the two copies of the gene pair are different, is called heterozygosity. When it comes to controlled breeding regimes, heterozygousity can be a pretty undesirable trait. Firstly, it makes the outcome of the breeding unpredictable, and secondly, it makes those outcomes incredibly hard to recreate.

So, where possible, breeders use homozygous plants- plants in which both of the gene copies in the plant encode for the same outcome (e.g. both copies saying ‘blue eyes’, or both brown).

Homozygous plants are not easy to come by, instead they must be created. This is done by inbreeding: crossing an individual with its sibling plants. And then inbreeding those offspring again.

And again. For at least 20 generations, in a process that can take around ten years.

So scientists use a shortcut that arises from a genetic glitch, a mistake in the making of the next generation.

Every now and then, when the plant sperm cell stimulates the ovule, encouraging it to begin the development of the embryo, the egg somehow forgets to actually incorporate the male DNA. Instead, it starts to make an offspring that has only half the required genetic material- the half coming directly from mum. These halflings themselves will not develop properly- they have the wrong amount of DNA. But with the help of certain chemicals, the DNA in the unbalanced offspring can be doubled, leading to the birth of a healthy plantling.

The bonus? Every single gene in the plantling exists in perfectly matching pairs. The plant is completely homozygous. And ready to be used for breeding.

The occurrence of that first step, the ‘father forgetting’, termed spontaneous gynogenesis, is incredibly rare, occurring just 0.1% of the time in maize plants. But way back in the 50s, breeders realised that certain plant lines, when used as the pollen donor (the father), could up those odds to around 10 %.

Which brings us back to ‘Not Like Dad’. A palatin-like phospholipase A, that is expressed only in plant sperm cells. Plants that have the enzyme make offspring the old-fashioned way. Plants that have a damaged version of NLD don’t managed to successfully transfer their paternal DNA to the next generation.

Which means their offpspring are homozygous lines have DNA only from their mother. Or simply put: Not Like Dad.

Which, as we said, is sometimes, a very, very useful property.

Big shout out to Fabio, for bringing this mutant to our attention.

The original article is here: