Pigheaded pigweed- an amaranth that can’t be killed by Roundup 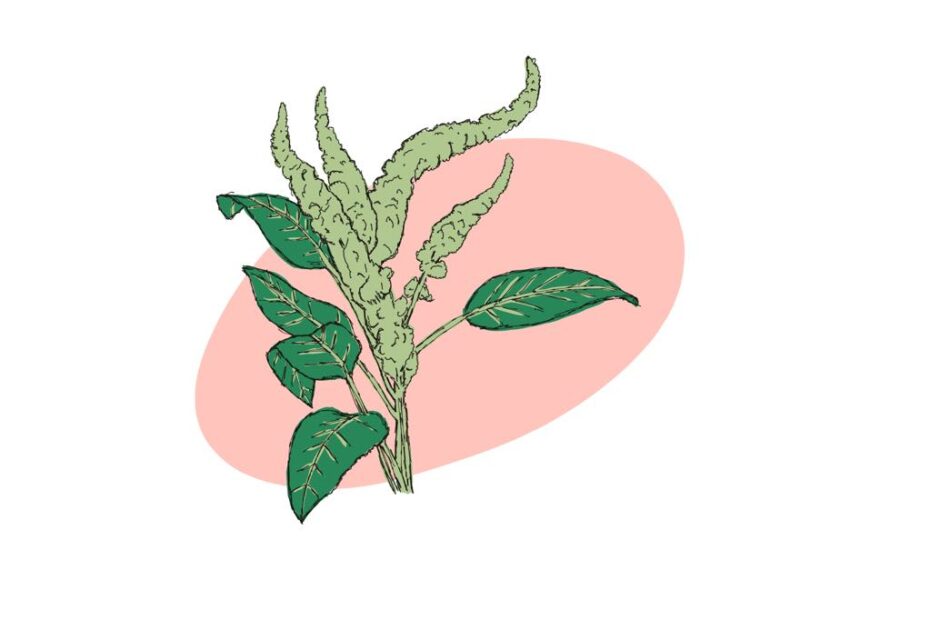 Earlier in the week we introduced Amaranthus. A genus containing ornamental plants, various species with edible leaves and stems (i.e. vegetables), and plants producing grains filled with desirable products like proteins, the limiting amino acid lysine, fiber, and several minerals like iron. And we mentioned the resilience of the genus- its ability to withstand various environmental conditions. Well, today we’ll discuss the flipside of that coin: the role of an amaranth species as one of the most competitive and damaging weeds there is. Meet Amaranthus palmeri. a.k.a Palmer pigweed. A plant that refuses to die in the face of some of the best herbicides we have.

Our earlier post on Amaranthus can be found here.

Amaranthus palmeri, a.k.a Palmer’s pigweed, is, as the name suggests, a weed. Which basically means that it grows where its not wanted. Namely, amongst crop plants like maize, cotton, and soy.

And it’s a good at being a weed. It’s fast growing, highly competitive, and effectively reduces the yield of its more-valuable co-inhabitants.

But weeds can be controlled by herbicides.

In the late 90s, glyphosate, sold comercially as Roundup, came into play. Glyphosate works by blocking a plant enzyme known as 5-enolpyruvylshikimate-3-phosphate synthase. EPSP for short. All plants have EPSP, and in fact need the enzyme in order to make certain types of amino acids (phenylalanine, tyrosine and tryptophan). But animals don’t have the EPSP pathway. Although both animals and plants require a full set of 20 amino acids to make their proteins, there are certain amino acids that animals (including ourselves) cannot make, and must get by eating plant products. This includes lysine (one of the reasons we should all eat amaranth), as well as the products o fthe EPSP pathway.

In any case, the lack of the EPSP pathway in animals means that the EPSP-blocking glyphosate can effectively be used as a herbicide- killing all plants but not harming animals. Soy, maize, canola and cotton plants with an engineered EPSP that has resistance to glyphoaste, known as ’roundup ready plants’, were introduced, giving farmers a way to kill the weeds without harming the crops.

And it worked on pigweed. Until it didn’t.

In 2005, reports of glyphosate resistant A. palmeri began to surface in several states of the USA. In the following years, the super-weed spread throughout the country. And for a while, it wasn’t clear how it was doing it. How could pigweed persist where all others perished?

There are several ways to avoid a poison. One way involves developing mutations to the affected enzymes- just like those that were artificially engineered into the roundup ready plants. Another is to find a way to hide the poison- sequester it away from the enzymes it will attack. Or simply close your cells, prevent uptake of the poison by alterations to your cellular import machinery. Or sacrifice certain cells- letting them die so that others can live.

Or you can do what pigweed did. Simply outcompete the poison. When the glyphosate came for its EPSP, pigweed just made more.

It did so, by creating multiple extra copies of the DNA in its genome, allowing extremely high levels of EPSP expression. Gene amplification is a not uncommon mechanism to deal with hard times- it’s been found in both bacteria and eukaryotes, in response to pressures including antibiotics, pesticides or herbicides, and generally stressful environmental conditions. It was predicted that for pigweed to out-compete the glyphosate poison sprayed at standard dosage, it would require 30 or so copies of EPSP. Some glyphosate-resistant pigweed individuals had 160!

Recent research reveals that EPSP copies are spotted across many different chromosomes in the A. palmeri genome. But additionally, the EPSP is found unattached to any chromosomes- existing as free circles of DNA, effectively ‘floating’ in the nucleus. Lacking centromeres- the central anchor of chromosomes that allows them to be perfectly pulled to cell poles during cellular divisions- means that these extrachromosomal EPSP circles are unevenly distributed during cellular divisions. Nonetheless, the circles managed to tether themselves somehow to chromosomes, allowing themselves to be passed into gamete cells during meiosis- and thus further into the next generation.

The final fascinating fact, is that the hugely replicated EPSP fragment doesn’t only contain the EPSP gene, but instead is a cassette of nearly 300 kb length. Encoded in this block are genes that might also be involved in helping the superplants withstand stresses like heat, drought and salinity.

And there as well, are a few genes that look to be involved in DNA replication. Which might just mean, that the EPSP cassete can make more of itself, allowing the ‘supercharged weed’ to power up even more!

So, Amaranthus is something of a super genus, containing plant species that produce highly nutritious food, as well as at least one species with oddball DNA that makes it super-resistant to herbicides. Interestingly, to date- little has been done to combine these features. While Pigweed (A. palmeri) is not considered to be a grain-producing Amaranthus species, it nonetheless has edible leaves that can be eaten raw, cooked, or used dried to make tea, as well as very small, but nonetheless nutritious seeds. So maybe in the future, the features of the genus can be combined- by breeding pigweed for grain quality, or crossing its resilliant features into the current grain species. Creating a truly super species.

The paper presented by a colleague (Thanks Matty!), that first let me hear about the topic. Also describes the extrachromosomal circular nature of the EPSP cassette:

The discovery of massive EPSP aplification (up to 160x) in glypohosate resistant pigweed: