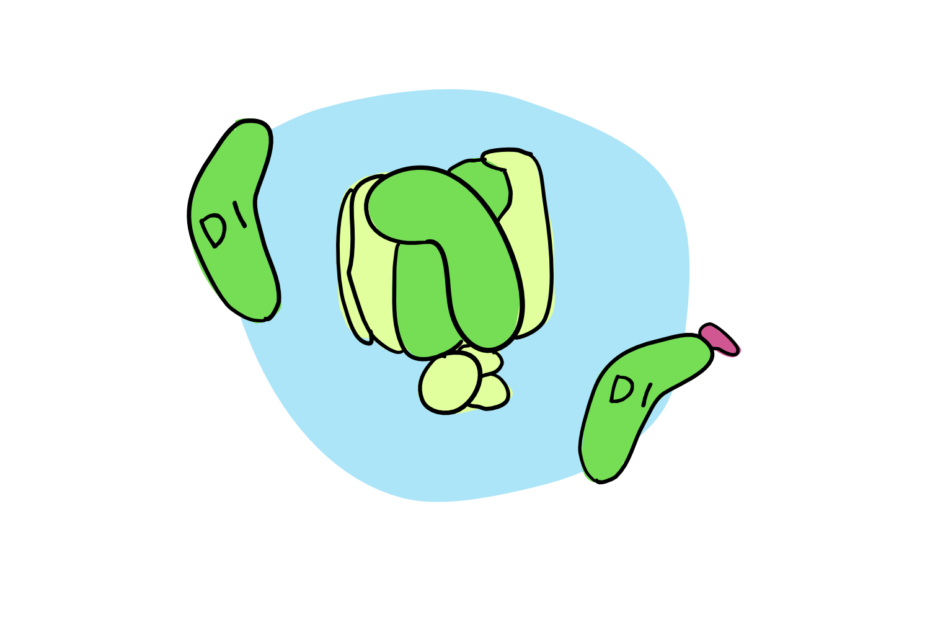 Oh sun! How beautiful are the days when you shine, how warm is your light, and how much energy do you push into the photosystems of our plants!

Sometimes, as it turns out, that energy is a little too much. A surplus of light creates a major challenge to plants, causing damage to the core of their photosystems. Recent research shows that the simple addition of an extra copy of an important gene can prime plants to keep producing even when the heat is on.

Photosynthesis is one of these things that sounds fairly straightforward the first time you hear about it (plants use light to make sugar) but seems to increase in complexity the more you learn.

The general idea of photosynthesis is simple: light and water go in, sugars and oxygen come out. But what sounds like a job for a single machine is actually the result of complex interplay of a number of protein complexes with dozens of parts and many small molecules that move between them. The first of these protein complexes, which is confusingly named Photosystem II (PSII), uses light energy to break apart water molecules: H2O gets shattered into oxygen, protons (H+) and electrons.

Pulling apart water requires a lot of energy, which is where the sunlight comes in. Photosystem II gathers light energy in its centre, effectively ‘charging up’ to rip open some water molecules. Unfortunately, having a tonne of energy surging in is a high risk game, and the central players of PSII are prone to getting burnt.

This is particularly true of D1, one of two proteins that form the high-powered PSII reaction centre (the other, unsurprisingly, is called D2). The D1 protein is good at its job, but it’s also kinda fragile. If too much energy hits it, if it gets too hot or if other damaging molecules like reactive oxygen species (ROS) come near it, it breaks. Photosystem II activity grinds to a halt, and the complex has to be partially disassembled so new D1 protein can be subbed in. Under some circumstances, the availability of new D1 may be limiting, preventing efficient repair and slowing the whole system.

In an attempt to improve the D1 repair system, Juan-Hua Chen from the Chinese Academy of Sciences in Shanghai, China, and colleagues set out to make sure that there was enough D1 protein available when it was needed most.

The D1 protein is encoded in the chloroplast genome, so it can be made close to where it’s needed. The scientists decided to leave this plastid gene alone, but to also add an extra copy D1-encoding gene in the nuclear genome of the model plant species Arabidopsis. To make sure that the protein ends up in the plastid, where it is needed, they took a signalling sequence from another protein that needs to be efficiently imported into the chloroplast and glued it at the front of the D1 gene. Then, they took advantage of the many versatile gene promoters and chose a heat-induced promoter. That meant that the heat that makes D1 start to feel a little burnt out would now also trigger the expression of more D1 protein from the new nuclear gene copy.

And their plan worked! At normal temperatures, Arabidopsis with or without the additional D1-encoding gene grew as expected. Once they turned up the heat to 41 °C, the transgenic plants hardly broke a sweat and grew almost as if nothing happened. The unmodified plants, however, suffered great losses. The system worked as intended!

Arabidopsis, however, is not that important for farming. Which is why the researchers also introduced additional D1 genes into the nuclear genome of both tobacco and rice – where they observed the same behaviour as in Arabidopsis. Surprisingly, they also observed a major gain in biomass for the modified plants. They grew taller, assimilated more carbon dioxide from the air and – for the rice plants – turned this carbon into more grain yield (around 13% more grain than in the unmodified line).

This pleasant surprise marks a breakthrough in crop engineering. The gene for D1 is not foreign to the cell, in fact the researchers just copy-pasted it from the plastid genome to the nuclear genome, using internal signalling sequences to target the protein to the plastid. While technically classifying as transgenic a better word would be cisgenic, as no foreign sequence made its way into the plant for the system to work.

As always, a disclaimer: this study is basic research. Its results are very exciting, yet it remains to be seen whether the effects can be replicated in commercial production lines (the rice and tobacco used, while crops, were lab strains). And of course, a major barrier is whether the legislation in rice growing countries allows the use of transgenic crops. What remains nonetheless is a very elegant approach to relocate genes within a cell to dramatically increase the performance of its metabolism. I’m curious to see what’s next!