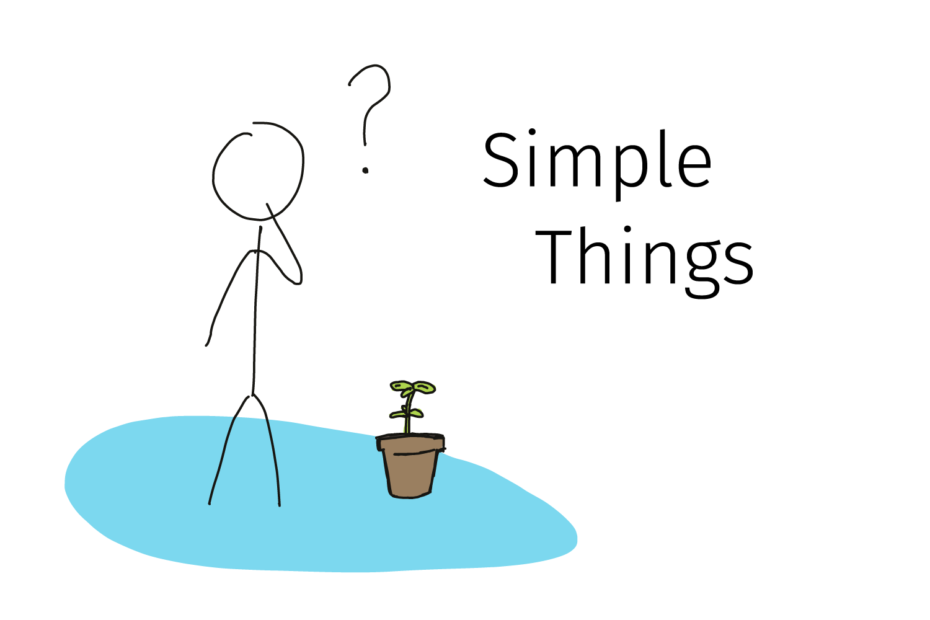 Some tiny parts are special: when you look at them in a blue light, they don’t look blue but instead green or red. They take the heat that is in the blue light, keep some for themselves and then send turn the rest of the heat into green or red light. They do that always in the same way and people who figure things out can use this in many different ways.

Another tiny part that changes light can be put into living things to follow what is going on. With very strong glasses people can look at the tiny water bags and put blue light on them. The tiny parts then sent back red light from where they are and people can understand what they do.

Can you guess what we are describing?

The answer is: fluorescence! (or, more specifically, chlorophyll autofluorescence)

One of these molecules is chlorophyll that is important for photosynthesis – it is the pigment responsible for taking up the sun’s energy and transferring it to the enzymes producing oxygen and eventually sugars. Chlorophyll also shows fluorescence and researchers use it to measure photosynthetic parameters without destroying the plant.

By shining a specific wavelength (or colour) of light on the leaf and the chlorophyll, the latter emits a little bit of a red-shifted light. Using a clever setup of filters and sensors this small emission can be measured and with some even cleverer calculations researchers can calculate stuff like photosynthetic efficiency, the state of the photosynthetic electron transport chain and many more.

A second application for fluorescence is the green fluorescent protein or GFP for short. This protein emits a green light when excited by blue light and can easily be used engineered into cells by itself or linked to other proteins. Using a fluorescence microscope, researchers can follow the green signal of the protein and figure out where the protein linked to GFP is usually found in a cell.

GFP is just one of many fluorescent proteins. Today, we know also red, yellow and other colours and can even introduce several of them at the same time and follow multiple proteins in the cell at the same time.

*In which we use Randall Munroe’s ‘simple writer‘ to explain plant-and-pipette topics. Can you guess what they are?

Monroe’s ‘simple writer’ limits language use to only the 10 hundred most common words in the English language. So the word ‘chloroplast’ is out. But so is ‘duck’, ‘cuddle’, and ‘explosion’.

We’ve tried to define a plant and pipette related word using only these common words. Can you tell what we’re talking about? The solution is shown at the bottom.