Some plants are too old for this sh*t 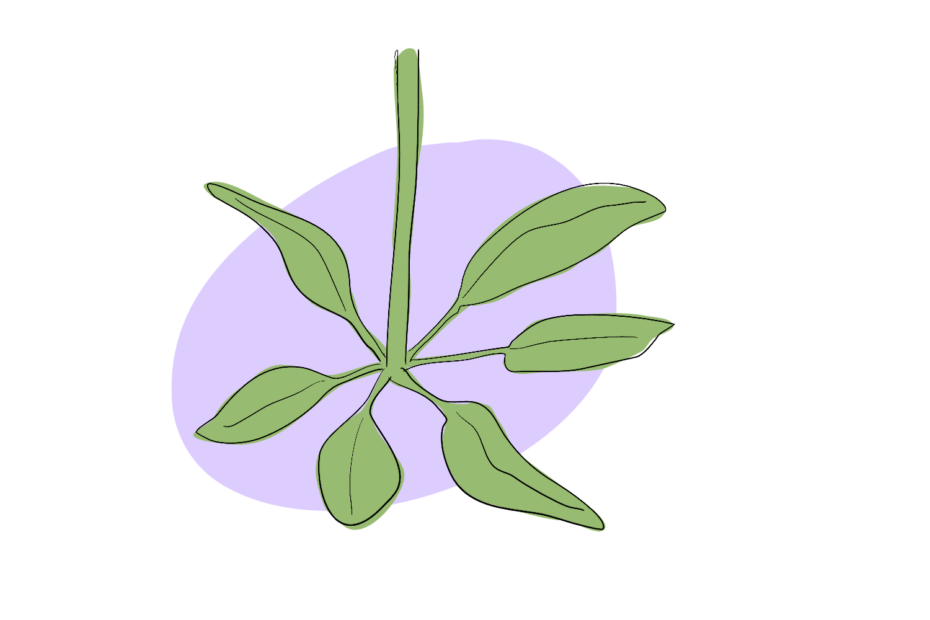 I will use this post on plant biology to complain about getting old and becoming more easily irritated. Age affects us all. But if your knees are aching and your back is sore, well!, at least you can rest assured that plants suffer from age, too.

Ageing is one of these slow, creeping processes that only comes fully to our attention when the results get dramatic. While my child is ageing at the same pace as I am, I am much more aware of their changes as compared to my own. I only realised my hair had gathered some grey when a friend laughed at my fading temples and I was similarly caught by surprise when I figured out that I can’t survive on 5 hours of sleep anymore. I must have gone through some age related changes.

I’m not alone – literally everybody is ageing too, so age is the best and most boring conversation starter imaginable. And it’s not just us humans – plants go through the same (well almost the same) processes. They accumulate age related changes and ultimately enter a phase of senescence. During senescence, which also goes by the dramatic name ‘programmed cell death’, cells recycle their molecules and eventually die. We can observe that right now in the Northern Hemisphere, as the leaf cells go through a recycling and dying program to allow the tree to recycle and store energy for the next spring. Even evergreens are not safe, their leaves go through senescence as well, however they don’t do it all at the same time. Death is inevitable.

The question is: Are leaves happy, young and full of energy right until something triggers the death switch, or are they following my lead of decaying slowly but steadily? Aakansha Kanojia and colleagues wondered the same thing. In their lab in New Zealand, they looked at what happened to leaves on the genetic level as they age. They sampled arabidopsis leaves at three ages (10, 15 and 20 days after the plants germinated) well before any onset of senescence. Using a technique called RNAseq, they were able to quantify all of the mRNA – the first step of gene expression (DNA ➡ mRNA ➡ Protein) – in their plants. The power of this method lies in the ability to look at all mRNA at the same time, which gives a sort of snapshot of all cellular gene expression happening at the time of sampling. Sampling times can then be compared, to understand which genes are more or less expressed at different stages of the plant’s life.

Aakansha Kanojia and her research colleagues then grouped the mRNA together based on what is known about their function: all genes related to photosynthesis in one group, all genes involved in fatty acid synthesis in another. What they found was that with increasing leaf age, there was increasing amounts of mRNA from genes related to stress. While over half of the genes with a changed expression belonged to the group of “other stress response”, another large group of genes was specifically linked to “oxidative stress” – stress that can be linked to photosynthesis but also many other cellular processes.

So genes linked to dealing with stress were more actively transcribed in older leaves. But what about molecules that protect from stress? The research team also analysed a set of 20 well known metabolites, some of which are linked to a protective role against various stress factors. All but 3 of them were found in lower amounts in older leaves, indicating that protection from stress is reduced in older plants.

The researchers also analysed two arabidopsis mutants, one that grew much quicker, and another that grew much slower. They found that the stress related genes were activated earlier in fast growing plants and later in slow growing plants, which reinforced the idea that the changes in gene expression are linked to age and not some other factor.

So plants seem to be struggling to express a whole lot of genes to help them deal with stress, but at the same time, they don’t seem to have as much of the metabolite end products that could be helpful in protecting them. Which seems to suggest that plants have less capacity to deal with stress when they grow old. To test whether the plants are actually more susceptible to stress, Aakansha Kanojia and their colleagues made the life of young and older plants miserable. They watered the plants with salt water, didn’t water them at all or put the whole plants in the dark for a couple of days. Every time, the researchers observed that younger plants dealt better (i.e., died less) with the various stresses than the older plants.

The researchers hypothesised that part of ageing and going through age related changes is an increase in the level of internal stress, probably mostly oxidative stress. To address the internal stress, the plant is activating genes related to stress responses over time. Now whenever an external stress is applied, like a researcher with a jug of salt water, it overburdens the old plants as they are already busy dealing with their own stress.

Take me, for example. When I was the equivalent of a 10 day old arabidopsis plant in age, I could play video games all night and go to school the next day and complete a test. Today, I have the internal stress of being old and taking care of offspring, and so when I go past my bed time, I will suffer for two days. Luckily, my body doesn’t immediately trigger cell death even though it sometimes feels like it.

For the plant, a stressful situation also becomes a question of allocating resources. If it is likely that not all leaves will survive a particular period of stress, it is better to push the old leaves towards controlled death and recycle their energy so that the young leaves can make it through the difficult times. The gradual buildup of internal stress works as a neat system to make the more expendable leaves more prone to trigger senescence and in turn have them take the hit to protect the young.

So, age is very much not just a number. It is the sum of the age related changes a metabolism has went through and it defines how aptly an organism copes with external stress. Some plants have evolved to push old, stressed tissue towards programmed cell death, I have evolved to simply take more naps.