This superhero protein will fight anaemia 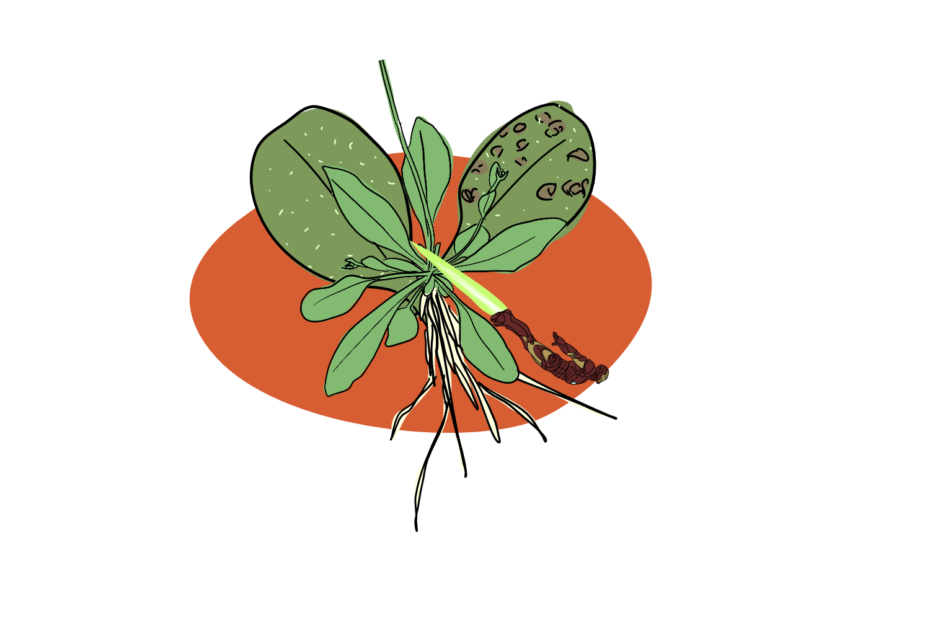 I like plants a lot – especially when I can eat them. A purely plant based diet, however, might not include enough iron to stay healthy (although not necessarily). New research could change that.

Iron is one of those important elements that we don’t think enough about. I bet that if I asked you to point at the nearest thing that contained iron, you might point at your computer or your radiator. You’d be better off pointing at your own blood – or at a house plant.

Iron ions (ions are atoms and small molecules that hold a charge, often because they’re part of a compound) are incredibly important for cells, animals and plants alike. Iron ions function as co-factors in enzymes – they turn heme in your blood red (and able to carry oxygen) and they help do the necessary work of channeling electrons through photosystems during photosynthesis. Without iron, cellular respiration in the mitochondria doesn’t work and photosynthesis gets stuck. No wonder that iron deficiency is a huge problem in humans and plants.

Iron on the expressway

When we humans need more iron in our cells, we can simply adjust our diet (if we have the means to do so) to contain more iron-rich plants (lentils, chickpeas, beans and some others) or meat. However, plants don’t know this luxury. They take up iron from the soil and are dependent on its presence wherever they grow. Grasses and non-grasses each evolved their own kind of iron uptake, but essentially they both secrete enzymes or molecules that help  make the iron in the soil accessible and then use transporters to haul the iron into their cells. Non-grass plants use molecules like coumarin (which give flavour to woodruff and sweet grass) to mobilise even more iron. The iron is taken up by the roots and from there it travels the xylem expressway up into the leaves where it is integrated into the cellular machinery.

The separation of iron uptake and iron utilisation requires some sort of signalling between the leaves and the roots. The leaves need to communicate to the roots how much iron they require – too much of it can also be detrimental – so that the roots can adjust the iron intake to maintain safe levels. And indeed, over two decades ago, researchers could show that such a signal exists by grafting shoots and roots of different iron uptake mutants together. When a shoot, carrying a mutation that blocked iron-related signalling, was grafted onto a wildtype root, the root would not take up more iron even if the leaves were iron deficient. Only when the signal could travel from shoot to root, the root could respond to the shoot’s needs. However, the question remained: what exactly is that signal?

A superhero to the rescue

In 2018, Louis Grillet and colleagues from the Institute of Plant and Microbial Biology in Taipei (Taiwan) found an answer to this question. They had studied a large data set containing the activity level of all genes of many Arabidopsis plants that grew with low amounts of iron in the soil, and found two particular genes that were strongly expressed when iron was low. Upon closer examination of the two proteins that were encoded by these genes, they found that the proteins shared a very peculiar amino acid sequence motif.

Amino acid sequence motifs are commonly preserved between proteins of similar function. Think of them as building blocks that have a specific function. A motif can be, for example, linked to protein localisation within a cell, or it can function as a binding site for other molecules, or it can have enzymatic activity. While the other amino acids in a protein give the necessary structure, the motifs are often the places where important stuff happens.

Also the motif discovered by Louis Grillet and their colleagues held such a specific function. The researchers quickly realised that increasing the amount of the two proteins inside the cell would lead to a big increase in iron uptake. And, even better: the researchers also expressed only the particular sequence motif by itself and also saw an increase in iron uptake.

Such a superhero amino acid sequence deserves a fitting name, and so the researchers named the motif IRON MAN (IMA) and the corresponding proteins IMA1 and IMA2. They also found six additional genes with IMA motifs in them – which is almost as many genes as there are released movies starring Iron Man (which is nine).

While the results so far seemed pretty convincing that IMA proteins are linked to iron uptake, the researchers continued their experiments by knocking out the IMA genes – which is not an easy feat when there are eight of them. Luckily, CRISPR/Cas9 helped them to target the eight genes all at once, leading to a plant line that could not produce any of the eight gene products. Arabidopsis plants without IMA genes grew very poorly and quickly died when grown on soil unless they were helped out a little by adding a lot of iron to the soil.

Interestingly, the researchers found IMA motifs in all flowering plants (botanical term: angiosperms) but not in non-flowering plants, including gymnosperms (things like conifers) or ferns or algae. This indicates that the IMA motif must have evolved very early during the separation of flowering and non-flowering plants and has stuck around ever since. In a more recent study, Takanori Kobayashi and colleagues found that IMA genes work very similarly in rice.

Will we replace a steak with tofu any time soon?

Being the important element that it is, iron ions have more than one role. Apart from their involvement in enzymatic activity of proteins, they also create reactive oxygen species (which can be both damaging to the cell and beneficial during signalling), help pathogenic bacteria to infect the plant and support nitrogen-fixing bacteria in, well, fixing nitrogen. Plants have to delicately balance their iron budget to withhold iron from pathogens, support beneficial microbes, handle their internal signalling and provide enough building materials to their own cellular machinery.

While Louis Grillet and colleagues could also show that more IMA gene activity leads to more iron content in tomatoes, we still don’t know whether the tomatoes are happy when grown on a farm. So before we can actually drop the bloody steak and replace it with tofu made from high-iron soy, or even iron-fortified fruits and veggies, there will have to be more research.