Is vertical farming the answer to all our problems? 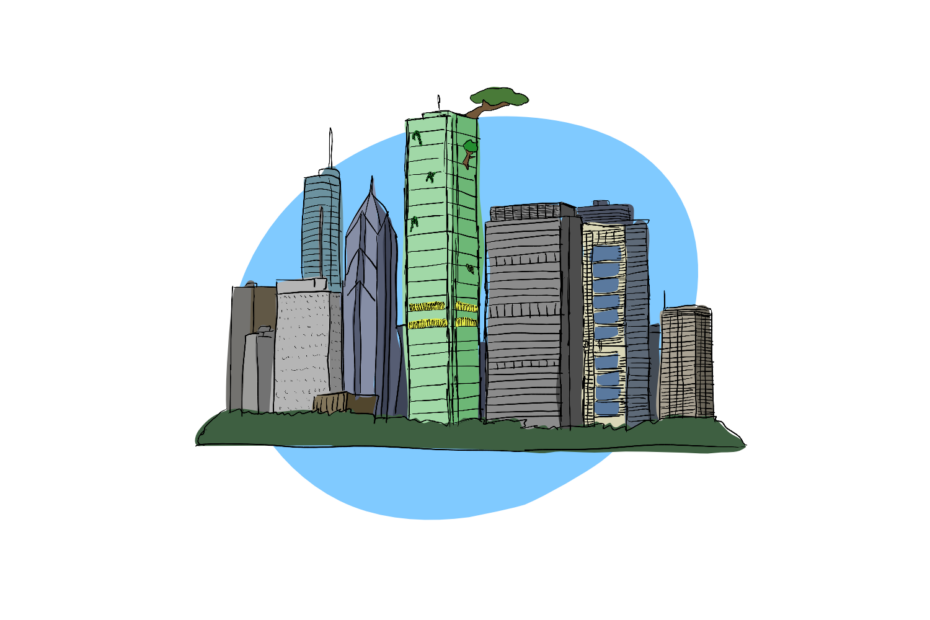 Usually, we aim for scientific accuracy and rather neutral representation of current research. Sometimes, however, we like to give you our honest opinion on new trends or technologies. This week, Joram shares his view on vertical farming.

The classic plant science presentation begins something like this: “In the year 2050 the human population will have reached 9 billion while climate change will have destroyed a large percentage of our arable lands. In this talk, I will present a possible solution to these problems…”

And it is true. Global population is on the rise, climate change is not a question for the future, but an ongoing crisis that will continue to destroy habitats for the foreseeable future. We will need to feed more people with less land. And while researchers constantly seek (and find!) new ways of tackling the crisis and its effects, not all suggestions have the potential to save us. Don’t get me wrong, I still like that people keep proposing new ideas even if they are a bit out there. It’s also important to clearly discuss what might work, and what might not.

One such promised technology is vertical farming. As land grows scarce, engineers and biologists draw inspiration from skyscrapers and envision a closed system farm, with stacks of growth space, producing an endless stream of vegetables, herbs, and grains. In these systems, water is recycled, the entire facility is kept sterile so that pests and diseases can’t affect the harvest and artificial lighting and air conditioning provides perfect conditions for harvests all year round.

A recent study explored the potential of such vertical farm systems. Using data from an experiment testing the feasibility of growing wheat in spacecrafts – space in space is limitless, but very limited on a spacecraft – the authors extrapolated what we could achieve if all parameters of growing wheat in confined spaces were optimised to their fullest potential. The wheat grown in this vertical farm would know no nutrient limitations, it would thrive in artificial lighting with elevated carbon dioxide levels, it would be optimised through breeding, harvested 5 times per year, and grown in stacks of 10 times 10 layers. Such a perfect system could potentially yield, according to the authors, a whopping 6000 times the yield per area and year of classical, modern agriculture.

The conditions might remind you of your physics class, where you calculated the speed of a ball on an inclined surface – assuming that there is no friction, the ball is perfectly spherical and the system is suspended in a vacuum. While the assumptions simplified the calculations, they tend to lead to results that look much more exciting than what is achievable in reality.

Granted, the authors of the study made it very clear that their calculations are just that – calculations, based on logical assumptions founded in current knowledge. Without experimental testing, we can’t know whether the calculations are close to reality or not. The experiment that served as a basis for the calculations used a dwarf variety of wheat – it grows much shorter than other commercial lines which makes it perfect for close quarter farming. However, the short variety yields less grain than the conventionally used outdoor wheat varieties. The researchers of the modelling paper assumed that we will be able to bring all the qualities from high performance wheat into the dwarf variety and we simply don’t know yet, whether this is possible or if the shorter growth inevitably leads to a yield penalty. We need more experiments to show that high yield indoor farming is actually possible.

So what’s my beef with vertical farming, then?

It is a matter of basic energetic considerations. The great thing about plants and their use in agriculture is their way of taking sun energy and converting it into sugars and proteins for us to eat. Sun energy in itself is great, because it comes for free, doesn’t create emissions on Earth and is just so very abundant. On a clear day, about 1 kW of sunlight reaches any square meter of surface. According to this calculation, the amount of sunlight that just reaches Texas is 301 times the energy produced by all power plants, worldwide. The point is: it is a lot of energy that we receive every day, for free, from the sun.

As soon as we start growing plants inside, we need to replace the sun with artificial lighting. We don’t need to come up with the entirety of its energy output if we use optimised growth lamps that just emit the light that plants like best, but we still need a considerable amount of energy. And lights, even super-efficient, state-of-the-art LED lights, emit heat, so we need to add temperature control to our system. Plus systems to filter, move and distribute water, air filters to keep the system sterile and conveyor structures to help with the harvest. We also need to produce and administer fertilisers, manage the root microbiomes, and avoid over-accumulation of compounds extruded by the roots. A vertical farm is an energy-intensive machine that requires a massive energy input to produce biomass.

That’s why currently, vertical farms are very expensive. In their explorative study, the authors found that the ratio of cost to return is 46:1. They calculated that a rise in market value of wheat combined with a drop in cost (better energy efficiency, less labour, cheaper energy) could bring this ratio down to 6:1, which would still mean that producing anything in a vertical farm comes at a financial loss – which is not inherently problematic, as food production is essential. We can’t just not produce food.

Let’s assume that somehow the price of produce rises so significantly that vertical farms become financially viable. How do we power them? Right now, 90% of our worldwide energy production comes from the burning of fossil fuels or uranium. According to a German government analysis, even by 2100, we will have just above 80% renewable energy. That means that vertical farms now and in the foreseeable future will be powered (in-part) by non-renewable energy. If we build a single fossil-fuel powered plant to satisfy the needs of a vertical farm, we have done a massive disservice to sustainable food production.

While the study that brought me to write this opinion piece dealt with vertical wheat farming, the crop reality is different. The most common crops to be grown in vertical farms are lettuces, greens, herbs and some fast growing vegetables like tomatoes and squash. None of these are high in calories or suitable to feed the world. The reason for choosing them is simple. They grow fast, don’t require a lot of inputs, and are perfectly suited for their intended market: locally produced herbs for supermarkets in urban areas. That’s where vertical farms can make sense, when high value plants don’t need transport and can be directly sold to customers. However, what you won’t currently find in commercial vertical farms are potatoes, wheat, rice or corn, any of the staple crops that feed people across the globe. It is unclear whether we can actually produce staple crops indoors sustainably at scale.

Instead of throwing technology at a complex problem, I suggest an equally complex solution. We need to tackle food production systems and up their efficiency (maybe by using genome edited crops, maybe by giving countries in the global South cheap access to high performance crop varieties), reduce their waste (by changing our consumption habits, currently we waste around half of our fruit and veg production), stop eating meat (only 55% of the calories we grow are consumed by humans, the rest is fed to animals (36%) or used in fuel (9%)), and develop sustainable farming practices that avoid soil erosion and reduce their impact on ecosystems and the climate. I know, these points aren’t as sexy as a hundred-story automated wheat farm in downtown Manhattan, but they require much less direct energy input and can be adapted to local requirements much better. According to this report in the National Geographic, establishing these and some other changes in food production can potentially double our food production – without any vertical farming.

Vertical farms might find their place as niche solutions. I don’t believe that we’ll produce high calorie crops at scale in vertical farms anytime soon, but I can imagine seeing more urban lettuce, herb and tomato farms that cut down on transport costs – I just hope we remember to watch out for their energy demands so that we won’t fuel the climate crisis by high-tech production of a mixed salad.

We also talked about this paper in this podcast episode.

It’s also linked in the text, but I really enjoyed this report in the National Geographic about food production. Have a look at the maps of where we grow food for humans and food for animals!

8 thoughts on “Is vertical farming the answer to all our problems?”