Welcome to my mucilage-filled cavities 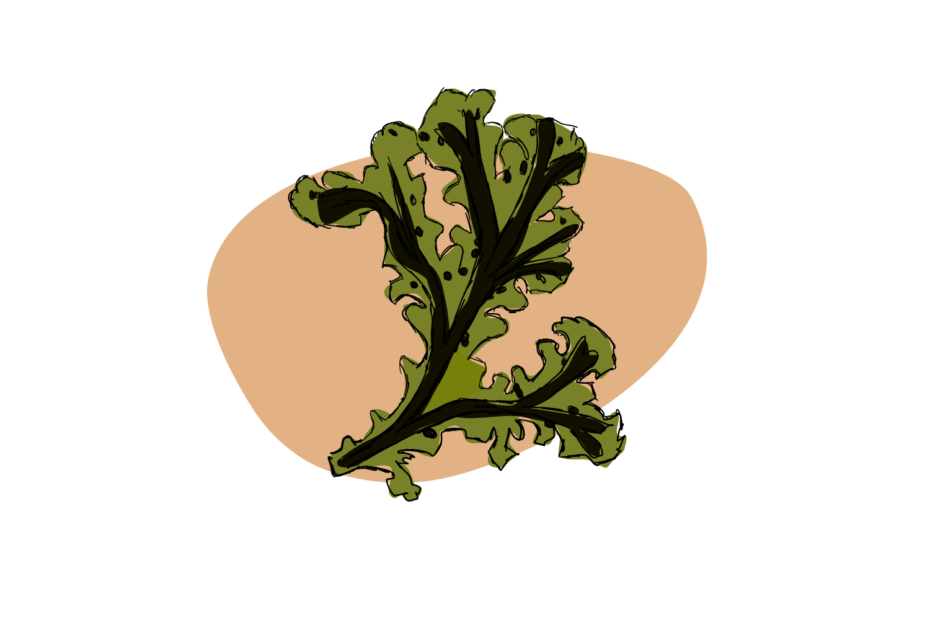 The other day, while reading about the newly-published genome for the hornwort species Anthoceros angustus, I came across the most delightful of all descriptions: ‘mucilage-filled cavities’.

I had to find out more.

Before we get to the gooey stuff, we need to talk a bit about cyanobacteria. Cyanobacteria are photosynthetic bacteria. Some people call them blue-green algae, a term that might be seen as a bit misleading given that cyanos aren’t particularly similar to algae or plants, but are instead tiny (like a bacteria), and lacking in subcellular structure (did we mention that they’re bacteria?). Yeah, they’re bacteria.

In any case, cyanos often get a bad rep out there in the world, because they mostly only appear – at least to the human eye – in the form of massive ‘algal’ blooms. These blooms, which are stimulated by fertilizer run-off into waterways, leads to rapid growth of the cyano, which can ultimately block sunlight, deplete oxygen and mechanically clog up the aquatic environment. On top of that, a few kinds of cyano can produce some pretty nasty neurotoxins, which can cause severe harm to humans and other animals.

Still, cyanobacteria aren’t all bad. For example, spirulina, a now-common dietary supplement for human, fish and poultry alike, is in fact just the common name for members of the cyanobacteria Arthrospira species. But even more importantly for us plant nerds, cyanos represent the start point of the photosynthetic organelle – the chloroplast. (The origin of plants and algae actually began with a eukaryote engulfing a cyanobacteria, and ultimately turning it into a chloroplast. You can read about that here). And today, cyanobacteria still act as important symbionts for some of our favourite plant friends, helping them to do what they do best.

Cyanobacteria form symbiosis with a whole range of species – from fungi, to sponges (animals!) to protists… and of course plants. Within the plant kingdom, the major symbiotic partners are cycads, the Giant Rhubarb Gunnera, the water-fern Azolla, and bryophytes. Bryophytes are an informal bunch of ‘basic’ land plants that lack vascular tissue. It includes liverworts (which we talked about here), hornworts (check this out), and mosses (which we still haven’t discussed properly, but we do mention on this podcast episode). Symbiosis with moss and liverworts is pretty rare- for example, only about four of the more-than-340 known liverwort genera engage in cyano-coupling. By contrast, hornworts are all about that symbiosis.

Which brings us back to those mucilage cavities.

Hornworts plants develop special domed structures for their blue-bacterial friends in their leaf-like thalli, which are sometimes refered to as ‘slime cavities’. In case that doesn’t sound disgusting enough, one hornwort species, Leiosporoceeros dussii, has in fact been shown to have mucillage-filled canals, which the cyanos can easily flow through. This makes cyano colonisation quick and simple.

As it turns out, hornworts don’t need the cyanobacteria – in fact, in a lab environment, the plant host can be ‘cured’ of its symbionts, allowing subsequent experiments in which it is reinfected with the same or novel bacterial species. The cyano themselves, most of which belong to the genus Nostoc, can also live outside of the plant. But the relationship works because each member contributes to the relationship.

The cyano fixes nitrogen from the atmosphere (read this about N fixation) and donates as much as 80% of it to the host plant, but gets to relax a bit when it comes to photosynthesising. Carbon dioxide fixation of a Nostoc cyanobiont of the hornwort Anthoceros might be just over 10% that of a freeliving cyano: the symbiont is fed sugars from the host plant. At the same time, the host exerts certain controls over the cyano, keeping it in a certain state and preventing it from growing too big or too rapidly.

All in all, these kind of symbiosis help species survive in tough enviroments and expand their territory to lands where they wouldn’t exist alone. For example, cyano-moss associations in high-lattitude environments like the Arctic and Antarctic might supply the majority of fixed nitrogen to those ecosystems. Similarly, the moss Pleurozium schreberi, can survive and thrive in boreal forests, and, with the help of its cyanobacterial pal, can provide up to 80% of the ground cover.

Which only goes to show: sometimes mucilage, and the things contained within, isn’t such a bad thing.