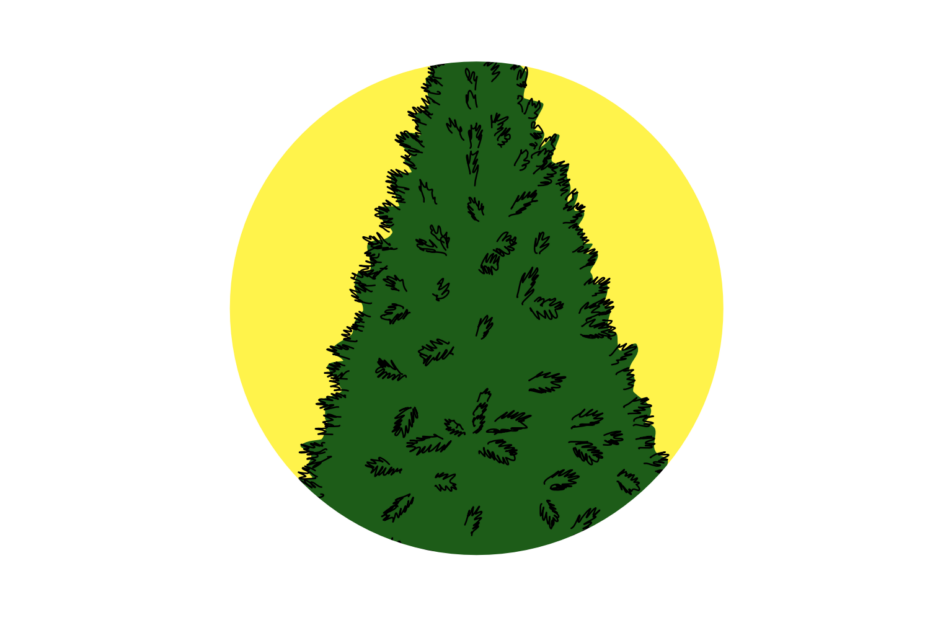 While Christmas trees are now ubiquitous and popular, the tradition of erecting a pine or fir in the confines of a home is relatively new. Using evergreens as a reminder of the better, as in warmer, times is an older tradition but it was Martin Luther, the protestant reformer, who is credited with coming up with the first Christmas tree. Whether it is folklore or truth is hard to tell these days, the first documented Christmas tree dates back to 1576 and is displayed in a keystone in Alsace in Germany France.

Like many things that we like to pinpoint to an exact point in time, however, the Christmas tree tradition has a longer history. It is most likely based on pagan rituals that celebrated trees and evergreens around winter solstice (21st of December) way before a German religious reformer allegedly decorated a fir with candles.

Since then, the tradition carried on together with the spread of protestants throughout Germany. They became the symbol of German Gemütlichkeit (roughly “coziness”) and who can argue against the beauty of decorated tree in the living room lit by candles, emitting a faint scent of fir throughout the house. It’s best to just ignore the fire hazard.

The Christmas trees of the early days were local evergreen species like pines or the European Silver fir. They were locally sourced and did not have the qualities we look for in a decorative indoor tree: their structure is soft and can’t hold heavy ornaments and they tend to lose their needles quickly once brought inside. Pines are also very pointy and not too pleasant to be near. Today, we use species like the Nordmann fir that is strong, resilient and doesn’t inject spikes into your hand while decorating.

In the 18th to 19th century, the Christmas tree tradition moved past the borders of Germany, reaching England and eventually the US, where German settlers erected the first Christmas trees on North American soil. Today, we find not only the biologically grown trees but all kinds of artificial derivatives: blow up trees, plastic imitations that try their best to be not completely unlike a real tree, and even Christmas trees made from aluminum.

Just remember to thank the Germans when setting up your tree at home.

You can find all posts from our advent calendar here.