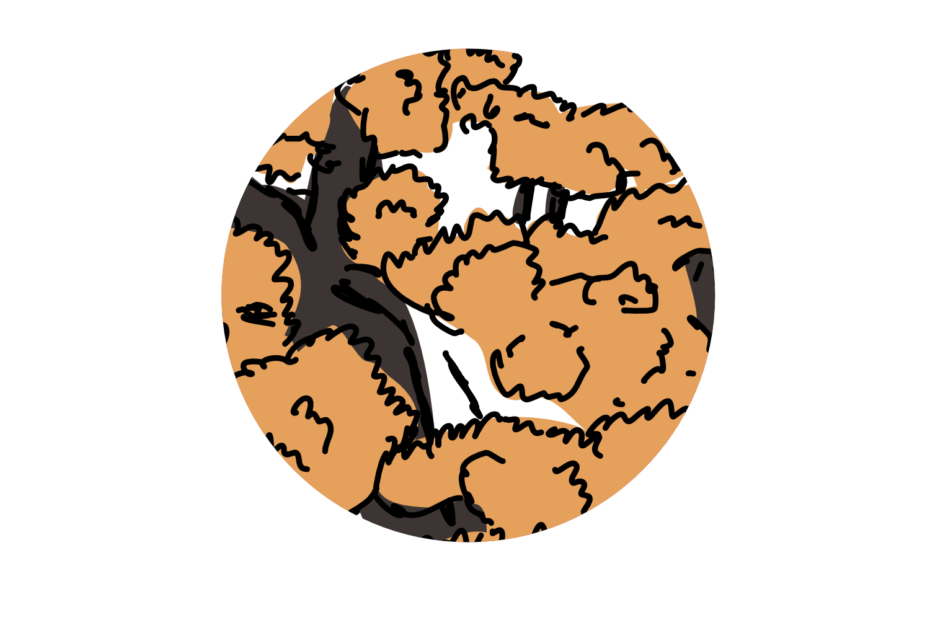 Growing up in Australia, we had a bunch of Christmas traditions that anyone from the far North (Eurasia and North America) might consider strange.

Christmas in my hometown of Perth commonly reaches 40+ degrees C (104 F), so we swap snow with swimming, and often favour seafood and salad over hot turkey roast. There’s even Australian versions of some of the most famous Christmas songs (can I get you a ‘dashing through the sand, in our bathers and our thongs’?).

And over on the West Coast, we have our very own Australian Christmas Tree.

Nuytsia floribunda is known locally as moodjar, a name given by the Nyungar people, the original inhabitants of the land, who have used the bark of the tree to make shields, and collected to eat the sugary gum produced by the plant.

Europeans coming to the continent first called the species ‘cabbage tree’ because it had ‘fragile, white and spongey’ branches, that could be easily broken. Frankly, I find that insulting.

More recently, N. floribunda it has also been given the name Christmas Tree, due to the tendency of this West Aussie species to produceS intense orange flowers during the Christmas season (southern summer).

But honestly, this is one of the instances where I really urge you to check out some images of the beauty online (or better yet, get yourself to Australia in the summertime). Because jut how spectacular this abundantly flowering (thus the floribunda part) and brightly coloured tree looks against a landscape that is largely heading towards a summer hue of dry grey-y brown… well, it’s really hard to put into words.

But here’s someone who tried:

“I shall never forget one plain we came to, entirely surrounded by the nuytsia …. in a full blaze of bloom. It looked like a bush-fire without smoke. ” Marianne North, c. 1880

Speaking of fire, one of Nuytsia floribunda’s special features includes its thick layers of wood and bark, that prevent death in bushfires. Although to be honest, the ability to survive or thrive in fire is a non-uncommon feature of many Aussie plants.

Also not completely rare for Australian plants, which seem to like to be different, Nuytsia is a monotypic genus, meaning that Nuytsia floribunda is the only species in the genus.

Still, this specific plant’s uniqueness, even in the context of multiple other crazy Australian plants, was noted by a settler, who declared it as another ‘anomaly in this land of contradictions’. This description likely comes due to the fact that, despite being an entire tree, Nuytsia is also a parasite, a lifestyle choice we normally associate with smaller organisms.

The Christmas tree is only a hemi-parasite, meaning is it capable of doing some of its own work, but like to steals water and nutrients from other plants. Nuytsia is not particularly fussy about which species it steals from, and has even been found trying to pilfer from underground electrical cables, its own roots, and dead sticks.

Nonetheless, this parasitism makes it tricky to grow commercially. Following emergence of the seedings, which, by the way, come out not with one or two cotyledons, but rather with four or six, the plant has to rapidly establish connections or it will die.

That’s all the facts we’ve got on this large Aussie weirdo. Don’t forget to check out some photos of the Christmas tree, taken by my awesome sister, over on our instagram.

By the way, we’ve previously mentioned this plant as one of our faves on this episode of the podcast.

We got info from wiki, and from this article.