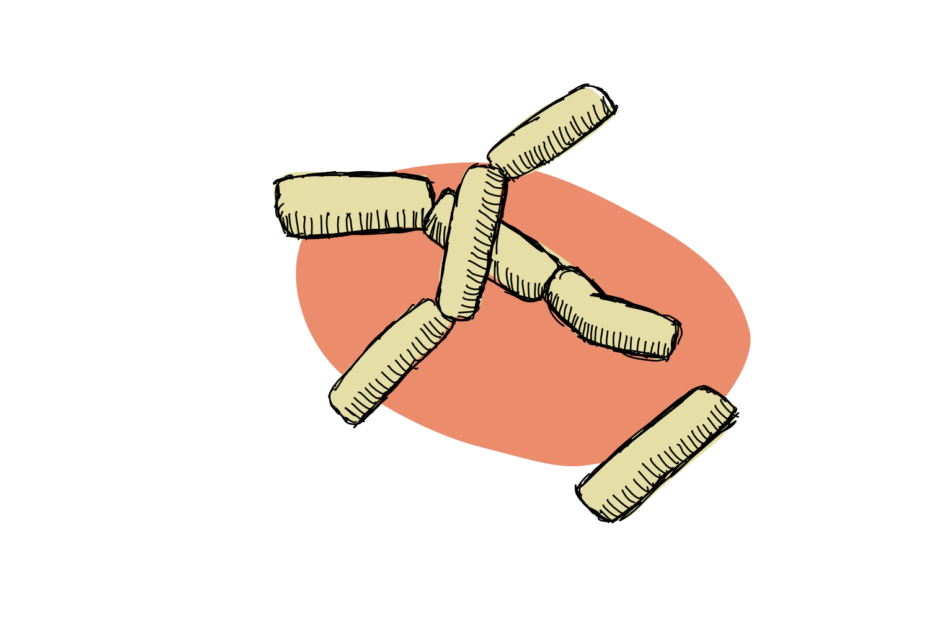 Pseudomonas syringae is a gram-negative bacteria that can have a devastating effect on a range of crops. From tomatoes, to beans, to tobacco, to kiwifruit – P syringae can destroy them all (or at least heavily maim them, resulting in crop losses). So what’s the answer? Recent research suggests that bacteriocins might be a suitable weapon in the battle against the bacteria.

Bacteria are everywhere around us. What sounds like the nightmare of a germaphobe is a simple biological truth- bacteria cover almost any surface in the environment. Most of them live a pretty low-key life, or are even beneficial, but some of them draw negative attention to themselves by harming the organism they’re living on. Plants know a very special bane: Psedomonas syringae is a major pest for many important crops.

The bacterium is excellent in overcoming the host’s immune response and uses phytotoxins to injure the plant. Even if the plant survives, its growth is affected and so is its yield, rendering a P. syringae infection a major threat in agricultural systems.

Current treatments for P. syringae out in the field includes application of chemicals like copper salts, or the use of broad-spectrum antibiotics. These methods are not always effective and come with major downsides. Antibiotics can have off-target activity that may either kill helpful soil bacteria, or lead to the gradual development of antibiotic resistance in other harmful pests. Copper salts contain heavy metal ions that either enrich in the soil or are transported in runoff in lakes and streams where they’re toxic to most organisms.

So, scientists are trying to fight the infection with other techniques. Back in 2010, Lacombe and colleagues, demonstrated that expression of a certain microbe detecting pattern-recognition receptor in various plant species could help confer a certain level of P. syringae resistance and other bugs. And more recently, just this year in fact, William M. Rooney and collegues have called upon bacteriocins.

If you haven’t heard about bacteriocins, well, neither had I until yesterday, so don’t feel bad about that. As it turns out, bacteriocins are small toxic proteins that are produced by bacteria in order to murder other bacteria.

Bacteria can exist in a lot of diverse forms or subspecies, aka ‘pathovars’. For example, there are at least 50 pathovars of our fave, P. syringae. This is one of the things that makes them so great at infection a whole range of plant species, but it also leads to competition in the petri dish (or, more realistically, out there in in the wide world). So bacteria make bacteriocins that kill other bacteria, to free up a little space for growth.

One of the great things about the bacteriocins is that the guys who produce them generally only want to knock out their direct competition – the other bacteria that occupy their same niche. So bacteriocides tend to be pretty highly targetted, meaning they might be a great way to hit just one or a few pathogenic bugs, without bringing that whole ‘antibioitic resistance arms race’ into play.

Oh yeah, and they’re also ‘Generally Regarded as Safe’ by the US’ FDA when it comes to human use. Although bacteriocins are usually a bit too specific to be used as preservatives, one of them, nisin, is currently added to processed cheese, meats and beverages to suppress certain Gram-positive bacteria involved in food spoilage. If you’ve ever seen the E number E234, that’s nisin doin’ its thing! In fact, because bacteriocins are active against certain human pathogens, previous research has seen them expressed in both Nicotiana benthamiana (a model species) and in some leafy greens. But that’s a story for another day.

Anyway, Rooney and collegues wanted to test whether expression of a bacteriocin within a plant could help protect that plant against bacteria. More specifically, they looked into use of putidacin L1, which we’re going to call PL1 for short. PL1 has previously been shown to be pretty potent against certain P. syringae cultivars. It acts following binding to certain oligosaccharides (sugars) within the bacteria surface’s molecules, specifically the lipopolysaccharides. After the binding, there’s a bit of a dark box as far as what we know, but somehow, the ultimate result is bacteriocide!

The scientists started by making a whole lot of PL1 (using E. coli as a manufacturing plant), and testing it against 22 different pathovars of Pseudomonas. In the end, only 10 pathovars were sensitive to PL1, which is a good thing – we’re looking for specificity here. Also good – the PL1 worked to inhibit the bugs even when used in very low concentrations.

The next step in the process was to see if PL1 actually worked when expressed inside the plants. First up was transient expression – a method in which plasmids containing the gene of interest (PL1) are pushed into cells, and the genes are read straight off the plasmid. N. bemthamiana plants that were infiltrated with the plasmids were much less affected by subsequent P. syringae infection, and their extracts were better at killing the bacteria. Importantly, the infiltrated plants were protected from the PL1-sensitive pathovar of P. syringae, but not from a strain shown in the original test to be PL1 resistant.

Next up, the scientists took it to the next level. They stably transformed Arabidopsis plants (i.e., got the PL1 gene into the genome of the plant) to see what would happen. Although it should be noted that Arabidopsis is not a crop plant – so questions about the impact of PL1 expression on seed or fruit yield can’t really be addressed here – there wasn’t any obvious changes in the transgenic plants’ size, appearance, leaf morphology or flowering. But there was a different between transgenics PL1-expressing plants and non-expressing plants once the whole bunch were sprayed with P. syringae. The wild-type were left dead or dying, while transgenics lived to photosynthesise another day.

So the method, so far, seems to work – PL1 can be efficiently expressed in N. benthamiana and Arabidopsis and grants resistance to the nasty P. syringae. What’s more, bacteriocins aren’t just made by Pseudomonas bacteria, but might also be used in fighting other phytopathogens, including those that cause rice and banana blight (Xanthomonas spp.), potato brown rot and tomato wilt (Ralstonia), and others.

The wide range of bacteriocins available, coupled with their high target specificity, suggests that they’ll could be a highly important tool for agriculture in the future. Obviously, there are many more tests to be done but we could imagine crops that are more resilient against bacterial infections without the need to spray them with heavy metal ions or broad-band antibiotics. And that’s a nice image.