China grows plants on the moon! 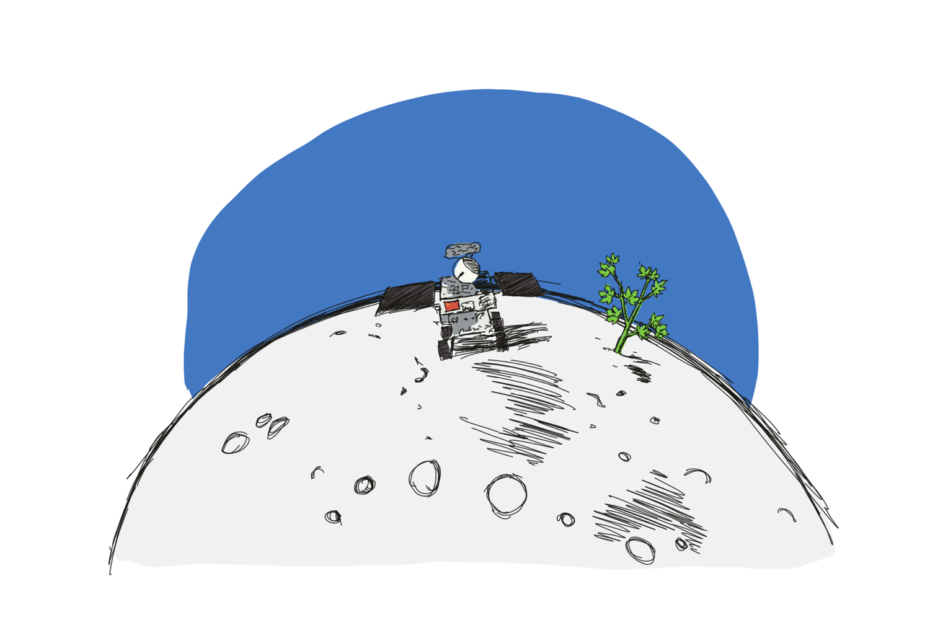 Even as someone who is not super into space, I can admit that this event was objectively cool. But generally, the largest significance it had on life is that I couldn’t get Pink Floyd out of my head for the last ten days.

Because news just broke that China’s Chang’e-4 mission involves the moon-based development of 6 of our common earth organisms. And four of them were plants!

It’s not the first time plants have left our atmosphere – several experiments have already been done on the International Space Station. But it is the first plant outing on the moon

Unsurprisingly, our favourite lab-rat of the plant world, Arabidopsis thaliana was included in the bunch. So too was Brassica napus – a cousin to Arabidopsis and the producer or canola or rapeseed oil. Also featured was Solanum tuberosum (potato), representing a food source, and Gossypium hirsutum (cotton), for textiles. On Tuesday 15th, an announcement was made that the cotton had begun to sprout!

You may have concerns that our sunlight-loving friends will suffer on the so-called ‘dark side’ of the moon. But don’t worry, this name comes from the fact that we earthlings don’t get to gander at its glory… not because it’s actually dark.

And of course, the plants were being grown in contained ‘biosphere’, with controlled supply of air, water and nutrients, as well as controlled temperature and humidity. And, they were kept company with two other species: fruitflies and yeast (we assume the two model species Drosophila melangastor and Saccharomyces cerevisiae).

You may have noticed that I wrote that the plants were being grown. Unfortunately, according to a Chinese source reported via twitter (in English), the temperature control of the biosphere malfunctioned. Any germinated plants will suffer the freezing temperatures of the lunar night, followed by the sweltering heat following next lunar dawn.

P.S- you can read more about the story via many major news site. Unfortunately, there is some inconsistency from article to article (the original sources are, unsurprisingly, in Chinese). For example we noticed some sites mentioning that the cotton, as well as the rapeseed and potato had germinated, while others only mentioned the cotton (which we think is more likely). If you notice any problems with our reporting, please let us know!

P.P.S- I would like to note for posterity that The Guardian’s ‘Giant leaf for mankind?’ is my favourite pun so far.

1 thought on “China grows plants on the moon!”