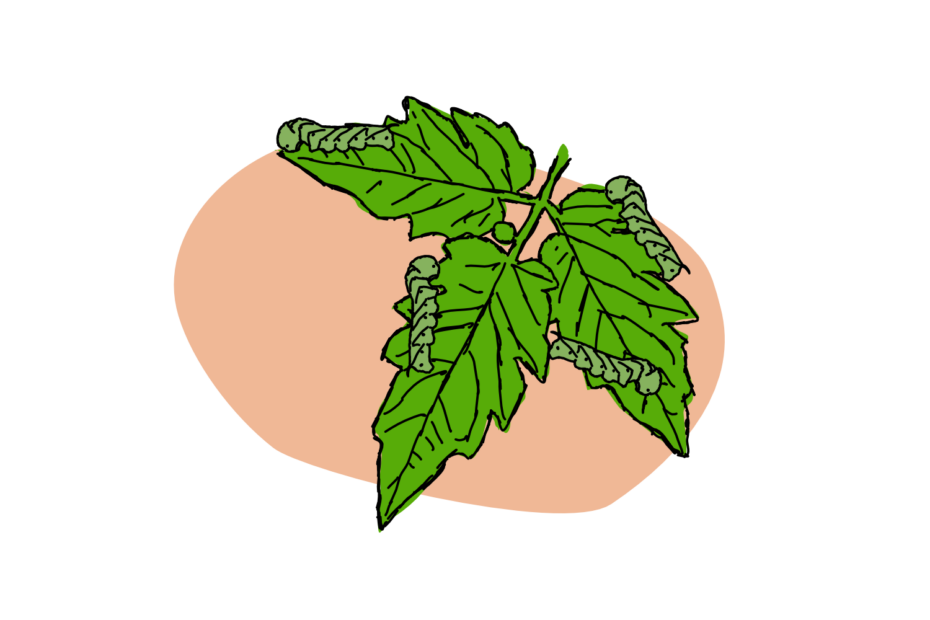 As researchers, stressing plants is one of our favourite tasks. We withhold water, raise and drop the temperature, bring in some bugs, or spray our plants with chemicals. All just to see how they react. Most of the time, we pick a particular type of stress and investigate how plants cope with the situation. But outside of the lab, of course, stresses rarely come alone.

If you look at Australia right now, you can see a prime example of the diverse stresses that can rain down on a continent within a short period of time. Extended drought brought forest fires, weather extremes like hail storms become more prevalent, dust storms sweep across the towns, and now, as if that wasn’t enough, altered climate is encouraging deadly funnel web spiders to multiply massively.

You might argue that Australia never was a friendly environment to begin with (sorry Tegan <3), but the described effects are far from contained to just this continent. According to a recent study, rising temperatures will see us globally lose about 10 to 25% more crops in the near future- not to heat itself, but to insects! Insects are largely influenced by ambient temperature, and warmer temperatures lead to faster metabolism, the availability of more habitats, and – voilà- an increase in total insect number.

And it’s not just insects that react to ambient temperature. Plants adapt in the short and long term to higher average temperatures as well. In the short term, a particularly important role in heat-response is played by the stomata. Stomata are tiny openings on the underside of a leaf and regulate the gas exchange of carbon dioxide and oxygen as well as the loss of water through transpiration. When it gets warmer, and the plant is well watered, the plant effectively sweats: it transpires water and cools itself down in the process.

Insects and heat are stress factors for plants. Both have been investigated extensively individually, yet little is known what happens when both stresses are present at the same time. So Nathan Havko and colleagues from the Michigan State University set out to better understand how plants deal with the combination of elevated temperature and insects feeding on their leaves.

When insects feed on tomato leaves, a molecular stress signal is first produced locally and then in the entire plant. Jasmonic acid (JA) triggers a cascade of responses which change gene expression and increase the resilience against biotic aggressors. The response to JA is also influenced by the heat shock protein HSP90 which – you might have guessed it – is temperature sensitive.

At elevated temperatures, HSP90 is found in higher amounts in leaf cells, which is where the combination of stresses comes into play.

As the researchers discovered, HSP90 stabilises another protein that supports the JA dependent response – whatever JA triggers is triggered harder and for longer when more HSP90 and its interaction partner are present.

The ultimate effect of JA signalling is, amongst others, a closure of the stomata. Closed stomata reduce transpiration and in turn the leaf heats up. At the same time, no carbon dioxide can enter the leaf so photosynthesis comes to a halt, which has a long term affect on growth. And the larva on the leaf? They enjoy the increase in leaf temperature and feed even faster, triggering more and more JA signals – a vicious cycle for the infested plant.

The increase of larvae feeding is rather dramatic. In their experiments, the researchers used a plant mutant defective in JA signalling that could not defend itself against insects. At control temperature, larvae would feed much more on the defenceless mutants than on the wildtype plants who had their defences up. The same is true in the comparison of mutant to wildtype at elevated temperature. However, at the elevated temperature, the larvae would consume even more of the wildtype tomato – with a functional JA defence system – than they’d eat from the mutant at control temperature. As it turns out, the combined stresses of heat and insects are much more potent than each stress alone.

In the light of the imminent already occurring climate crisis, the results paint a worrying picture: many current estimates of plant survival under increasing temperatures based on the knowledge we have about individual stresses on crop plants. It’s likely that these more simple models are underestimating the effects of multiple stresses at once. Havko et al. urge their colleagues to increase the efforts of understanding the effect of combined stresses. Otherwise, we’ll be caught by surprise by the complex effects on a field that is hit by drought, heat and insects at the same time – which unfortunately might become rather common.

The recent bushfires devastated large areas in Australia, killing animals and plants alike. Here is a list of charities that support the efforts to reforest, restore and save animals across Australia and the world (we haven’t deeply checked all of them, so have a look for yourself): WWF Australia, WIRES, Conservation International, One Tree Planted.