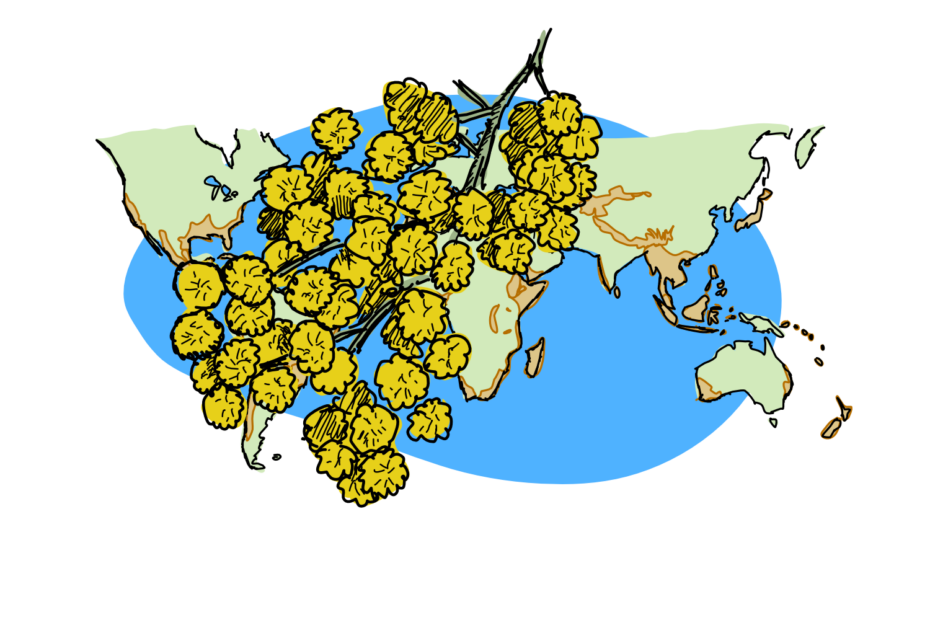 Sometimes, when I think about conservation, the world seems all kinds of bleak.

Ecosystems are being damaged, plants and animals are dying, and the indirect human impact of the climate crisis only serves to accelerate the effects of direct environmental destruction. There isn’t an easy solution to it all – or at least not one that we’ve yet decided as a global society to take.

But this story is about conservation. And conservation often means staring at a terrible mess and trying to make the best of it. Which, when it comes to global species decline, means asking the question:

“How can we use the limited resources we have, to save the most unique species?”

Last year’s United Nations’ Global Assessment Report on Biodiversity and Ecosystem Services reported that we’ve already lost an estimated 80% or more of wild mammal biomass, with humans and their livestock now making up 96% of mammal biomass on earth. Perhaps even more shockingly, anentire one million species are likely to be pushed to extinction by human activity in the coming few years. Including 40 % of all amphibians, about a third of reef-building corals (yep, they’re animals), one third or more of our marine mammals, and 10 % of insects. For a group of about 500,000 animals for which the future looks particularly bleak- their habitats are altered to the point where their chances of long-term survival seem minimal- the phrase ‘dead species walking’ was coined.

The longterm solution to this destruction requires a nearly unimaginable amount of global change. But we also need short term efforts- stopgap approaches that try to stall the slide of species loss while those bigger changes are brought into effect.

So in the real world, where time, money and effort are all limited resources, how do we prioritise conservation to ensure that we maximise the biodiversity we save?

The idea of biodiversity ‘hotspots’ was proposed in the late 80s by Norman Myer. The term was used to describe conservation priority areas of the globe- those that have particularly high numbers of endemic species (organisms that can’t be found in other places of the world), and that were simultaneously threatened by human activities.

Twenty years later, Myer and a handful of collaborators published a paper that has since been cited (referenced by other scientists) over 20,000 times. The work defined 25 Global Biodiversity Hotspots on the basis of just two criteria:

1. the biogeographical area must contain at least 1,500 plant species as endemics.

2. the area must be highly threatened by habitat destruction

(less than 30% of the original habitat remaining)

Although the presence of animal species is irrelevant to hotspot definition, by selecting for unique environments on the basis of plant-life (nearly 44% of vascular plants are found in the 25 hotspots), the hotspots also happen contain nearly 35% of non-aquatic vertebrate species. (Turns out that having a healthy variety of plants around them isn’t a life choice made only by millennials). That includes 4,809 mammal species, 9,881 birds, 7,828 reptiles and 4,780 amphibians.

Although the area encompassed by the hotspot regions formally covered 11.8 % of the Earth’s land surface, the extensive habitat loss means that all of these species exist in an area comprising just 1.4% of land surface!

In more recent years, the Global Biodiversity Hotspot list has been updated – in part as we gain more information about endemic plants species, but also, sadly, as the environmental destruction continues, and more and more land areas become threatened. The current world list now includes 36 areas, which contain over half of the world’s plant species as endemics, and nearly 43% of all bird, mammal, reptiles an amphibians. And all in just 2.4 % of the Earth’s surface.

If we protect these areas, we would do more to stem the current mass extinction than we could through any other single measure.

These Global Biodiversity hotspots, defined by plants and human threat, aren’t the only beautiful parts of our planet, nor are they the only places we should save. But in a world of limited resources, they’re a very good place to start.

The Global Assessment Media Release, or go to the wiki article.

You can explore the Biodiversity Hotspots over at the Critical Ecosystem Partnership Fund’s page. They have an interactive map with the current 35 hotspots.