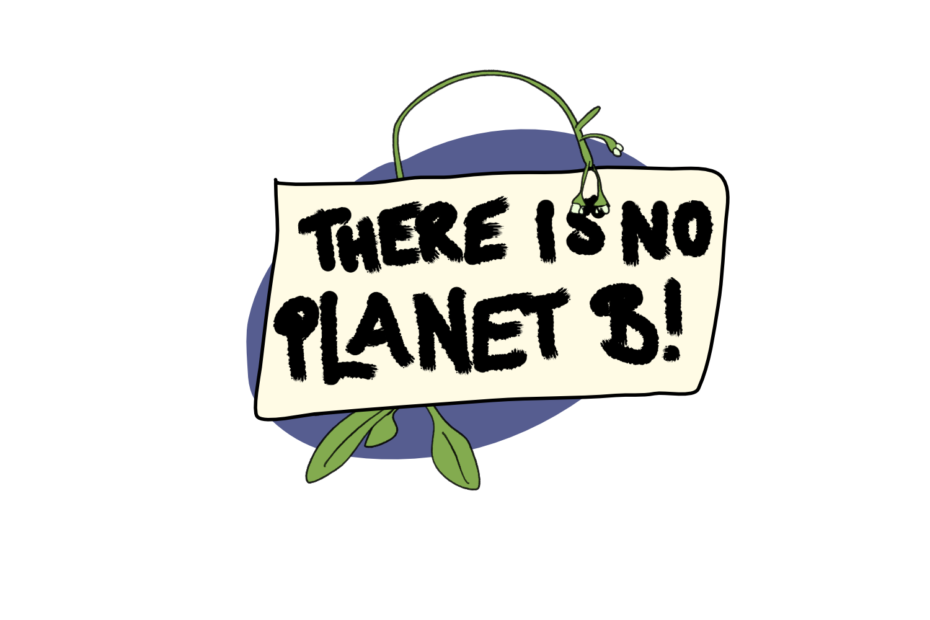 You might have noticed it on the news, or maybe you even joined – this year there was a Global Climate Strike on September 20th. We joined our local demonstration in Berlin

The climate crisis is real and, frankly, quite terrifying. We are nowhere near a path to keep global heating to 1.5 °C and are instead stumbling towards the worse scenarios of 2.5 °C and more. The consequences will be broad and hard hitting: rising sea levels, loss of species and collapse of ecosystems, more weather extremes, crop failures, destruction of (human) habitats…

This week, the United Nations panel on the climate crisis is taking place in New York. Greta Thunberg just gave an impassioned and rightfully angry speech at the UN. And in the advent of the UN panel, on Friday, September 20th, an international strike for immediate climate action saw literally millions gather across the globe.

In our home of Berlin protesters joined a massive demonstration that blocked large parts of the inner city. The demonstration was estimated to include between several ten thousand up to 270 000 people . In total, some estimate around 1.4 million people on the streets in cities across Germany, demanding an immediate action for the climate.

We tried to meet up at the demonstration. Tried as in failed. The feeble German telecommunication network immediately crumbled to pieces as more and more protesters piled out of the trains.

So here are our tales of the same day at different places.

The climate crisis disproportionally affects the young generation – they’re the ones dealing with the consequences of our (and our parents’) bad decisions. Fridays for Future managed to mobilise this usually rather unpolitical demographic, with amusing results. Suddenly, we were walking in between groups of ten year olds chanting protest songs against coal mining, politicians and in favour of the global strike.

Usually, it’s people in their twenties with powerful voices starting long lasting chants to rally people for the topic at hand. The young voices of the climate strike might lack in strength but not in eagerness to fight for their cause.

This politicised generation will be a force to be reckoned with – and I’m really happy about it. It gives me hope that we might eventually change the broken systems that brought us into this mess.

For us, the demonstration carried us around for a good two hours before stopping at the final stage. We headed home just to meet an endless stream of protesters along the demonstration route. While we had arrived at the end, others had just begun walking as there was simply no coming through before.

Does it count as a ‘strike’ if you take the day off work as a holiday?

I realised that I had underestimated the protest as soon as I got to the train station. It was packed- mostly with teens and younger children with their parents. Two S-bahns came and went but I couldn’t board- they were just too packed. I ended up getting on a train in the other direction just to get myself in the train at a less crowded station. Only to find out that they’d had to close the station nearest to the protest- too many people, too dangerous. So I got off at the next station over, me and hundreds of others, and together, we headed towards the gathering.

I spent some time moving through the closely packed people towards the centre- there was music, and speeches, but there were too many people and I never got close enough to hear things properly. So I spent some time looking at signs, taking photographs. And at one point, the crowd started flowing in a different direction, so I flowed for a bit with them. Honestly, I don’t like tight spaces, and I don’t like large crowds. But I wanted to be there.

I saw a tweet recently, saying that the previous generation basically did that thing with the toilet paper, where you leave one sheet on and pretend you didn’t finish it. But with the whole earth.

The older I get, the more responsible I become. As I age, I’m becoming that ‘previous generation.’

I was so impressed by how many children were there. A part of me loves the idea that protesting for a better world might be a normal thing for the next generation. Change happens with legislation, but in democratic states people need to create the push to move the politicians. If nothing else, we know they’re already getting pushed (lobbied) from the other side, so we’ve got to push back just to keep things at equilibrium.

So I like that this new generation will protest and push. At the same time, I’m saddened by the fact that the protesting is born out of urgency. For them, it’s a question of survival.

As I left, there were still people entering the protest arena. And as I travelled through the city in the late afternoon, I kept running into children with signs, warning us that there isn’t a Planet B.

What are the demands

The scientific consensus is that we need a price on carbon dioxide, now and at a high level. While there is already a certificate trade system for carbon emissions in some sectors (energy production and industry), scientists stress that this system has to be extended to all areas and the price per ton of carbon emissions has to steadily rise.

While this alone won’t save us, it is both necessary and essential. Only if we have it, we can create innovative technologies, introduce regulations or try to sequester carbon from the atmosphere. This means also that all our precious plant research for climate-crisis-resistant new crops is worthless if we don’t get an international high price on carbon emissions.

The demands of the climate strike organisers go much further: they demand climate justice, a much broader concept including a ban on fossil energy, to end corporate interference, and for “developed countries must honor their “Fair Shares” for largely fueling this crisis”.

What are the results

As the UN talks are still ongoing, we can mostly share a look at what happened in Germany.

The government led by Angela Merkel had an 18 hour long overnight meeting just before the demonstrations to outline a climate action package. They presented their results with pride and were immediately met with disappointed voices from climate change activists, scientists and journalists.

The package contains a very weak price on carbon emissions in the transport and heating sector – while leaving out consumer goods and others. The proposed price per ton of carbon dioxide is way below the absolute minimum suggested by scientists. It’s not enough to change the current trajectory.

What can you do

While there are some things you can do to reduce your carbon footprint, it won’t do anything if there is no change in the political decisions.