GMOnstera? Would you keep a GMO houseplant?* 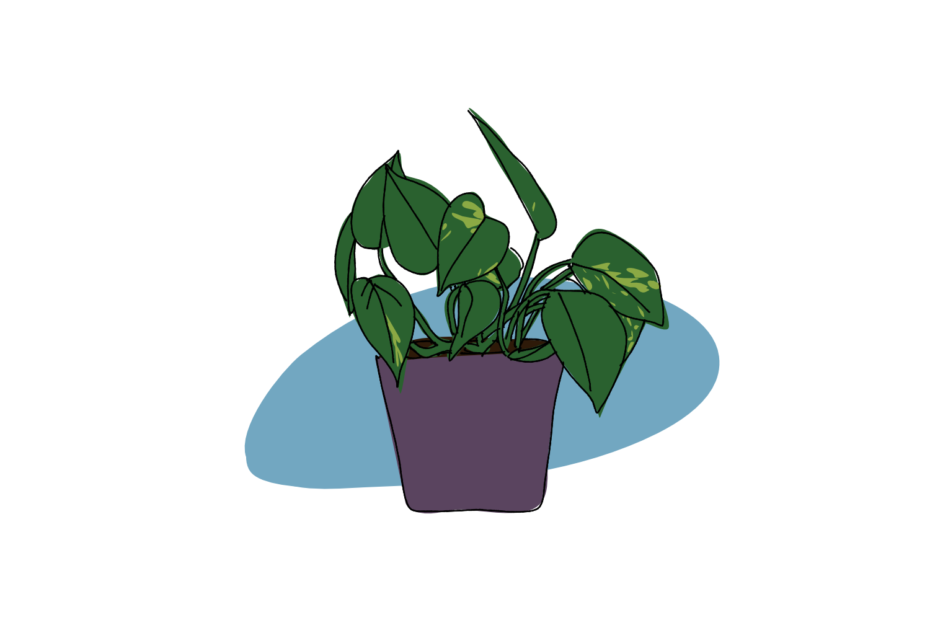 There’s a lot of talk on the internet about the ability of certain houseplants to clean ‘toxins’ out of the air. Take a deep dive into Pinterest, and you’ll see hundreds of pictures suggesting the best ‘pollutant purifier plants’. Unfortunately, so far, the scientific evidence for our chlorophyllous friends actually cleaning is pretty scant. But what if plants could be genetically modified to improve them in this manner?

In any household, there are certain compounds floating around that might not be great for human health. These volatile organics include things such as formaldehyde and chloroform, as well as benzene, carbon tetrachloride, acetaldehyde and a bunch of others.

Because of the potential damaging effect on humans, particularly young humans with low body mass (who coincidentally tend to spend a lot of time in the home), there’s an interest in trying to reduce these volatiles. One method is to prevent them from being produced in the first place, which is fairly easy in some cases, and less possible in others. Formaldehyde accumulation, for example, can be reduced by changing the materials used for construction, but is also produced during cooking. Similarly, benzene comes from environmental tobacco smoke (easy to remove) and outside air (maybe less so) and chloroform can arise simply from showering. So option two is to try to get rid of the volatiles once they arise.

This can be done by absorption with certain materials, such as activated carbon or aluminia, but these materials simply accumulate the volatiles, as opposed to destroying them, and must be changed regularly. So people have turned to plants, as a possible ‘green liver’ for indoor air.

Although early experiments with spider plants (Chlorophytum comosum) suggest that plants do have a potential to remove formaldehyde from the air, studies looking a whole range of common houseplants found that removing any meaningful amount would require a so-called excessive amount of plants in the house.*

*I looked into this, because I generally feel that most people’s view of excessive houseplants is unreasonably low, but the original paper suggests that having 2.4 plants/square meter would only reduce formaldehyde in the air by about 10 %. That makes about 144 plants in my 60m2 apartment, which is slightly higher than the current number in there, i.e., way higher than most people’s definition of acceptable.

It’s worth mentioning that some of the previous studies have been undertaken with volatile concentrations that are waaaay higher than those seen normally in homes, and also that the amount of volatile removed varies a lot from study to study.

In any case, put simply- plants can take up formaldehyde and other volatiles. But they do it too slowly to really make a difference.

So how can plants be encouraged to take up these volatiles more rapidly? Well one method is to modify them, by increasing the amount of volatile-transforming enzymes within them. Previous work has involved overexpressing the native formaldehyde dehydrogenase (an enzyme that processes formaldehyde) in Arabidopsis, but only saw an uptake increase by 25% or so. In more promising work used the bacterial formaldehyde dehydrogenase taken from Brevibacillus brevis to put it into tobacco – there, a 3-fold increase in formladehyde uptake was found.

Still, it turns out that not that many people keep tobacco or arabidopsis in their homes. So recently, Zhang and collegues set about trying to increase the formaldehyde-processing capacity of the common houseplant Epipremnum aureum. You know the one, it’s also called Pothos or ‘Devil’s Ivy’, is nearly impossible to kill, and looks something like this:

So they took normal pothos, and transformed it with a vector that would express a mammallian P450 2E1 oxidase to a very high level once inside the plant. This ‘2E1’ is not only capably of oxidising (i.e, in this case, getting rid of) a wide range of volatiles, including benzene and chloroform, but has also previously been used to successfully increase volatile uptake in tree species.

The caveats here are that while it’s clear that the GMO plant is ‘better’ at absorbing that the wild-type under experimental conditions, it’s not entirely clear how relevant this in the context of an apartment or home. And the modified pothos doesn’t remove all volatiles, for example it doesn’t work against formaldehyde (although the authors note that they could add further genes to their mutant fix this problem). But there is some promise, and, based on a casual search of Pinterest alone, which throws up literally thousands of examples of ‘air purifying plants’, there seems to be public interest in the matter.

Which brings up the important question. Would you grow an GMO houseplant in your flat? And if so, which kind of leafy green would you like to have?

This journal club is based on:

and the references found therein.

1 thought on “GMOnstera? Would you keep a GMO houseplant?*”