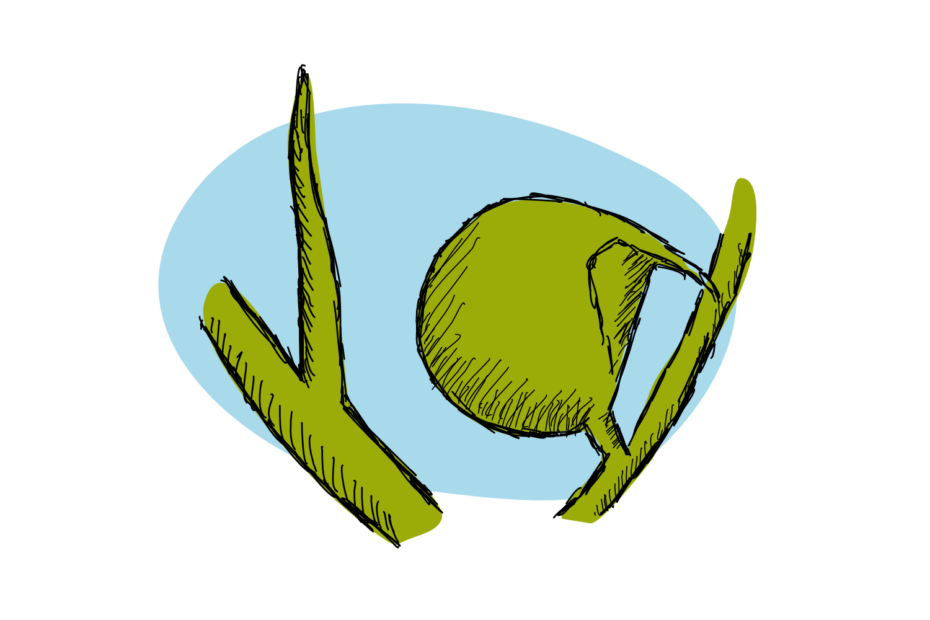 The other day, I was podcasting with Tegan and, as she often does, she described another fascinating carnivorous plant: Nepenthes aristolochioides has a large pitcher that lures flies into it to digest them. It got me thinking, the traps of carnivorous plants are these intricate, specialised organs that look so very different from the leaves, stems and flowers of other plants. I wanted to know how they are formed.

I reached out to Dr. Beatriz Goncalves, a post-doctoral researcher at the John Innes Centre in the UK. She recently co-authored a paper on the evolution of carnivorous traps from planar leaves and I found in her the right person to answer my questions. Beatriz and her colleagues investigated the aquatic carnivorous plant Utricularia gibba that has both needle-like leaves and cup-shaped traps (and a beautiful name: humped bladderwort). It catches and digests small insects in its traps that are only between 1 and 2.5 mm long.

Both the leaves and the traps are formed from primordia. This generative tissue is the first step of organ formation in all plants and looks somewhat like a little dome of cells. The thing is: we can’t tell by looking just at the shape of a primordium whether it will turn out to be a trap or a leaf. The shape distinction happens at a later stage.

Beatriz and her colleagues began the investigation of the process by looking at the early steps of leaf and trap formation. They scanned the primordia in a confocal fluorescence microscope – a specialised microscope that allows the visualisation of 3D structures. They could follow how the tissue grew and began to either form a long, needle-like leaf or the typical round, small cup-shaped trap. Based on their observations, they created a computational model for organ development.

While my first idea would have been to model individual cells, Beatriz and her colleagues decided to not do that. Instead, they modelled the whole tissue as a volume that replicates the physical properties of the cell walls that separate cells from each other. “When a plant cell divides it is locked into place by the cell wall so you can think of the whole tissue as a mesh of cell walls”, Beatriz told me. “For most of our models we used this simplification to model plant tissue as a continuous sheet without cells.”

Then, they simulated growth. “The model simulates tissue growth by treating it as an elastic continuous material, that means each point is connected with all adjacent points, just like plant tissue is.”, Beatriz told me. “When one region (or cell, in biology) grows it affects its neighbour, and if the two are growing either at different rates or in different orientations a conflict arises and the tissue becomes deformed to accommodate it.”
Tissue deformation is what gives an organ its characteristic shape. The growth is far from being random: in the model, three axes define the orientations in which the emerging organ can grow, front-to-back, top-to-bottom, and left-to-right. This is achieved by introducing morphogens: signaling molecules that are generated in a specific source tissue and then diffuse to a sink tissue where they are degraded. Along the way, they form gradients that help cells to orientate themselves along those axes. I’m not lying when I say that it took me a moment to wrap my head around the different axes within the modelled leaf primordium.

The first gradient is simply generated by the diffusion of a morphogen from the base of the organ and to the tip. For the second gradient it gets more complicated: the primordium is organised into three distinct areas. The abaxial side will become the bottom of the leaf (or rather the side facing away from the stem) and the adaxial side will turn out to be the top (or rather the side facing towards the stem). Each side produces a morphogen that diffuses to the other side, and each side degrades the foreign morphogen. Right between them lies a zone where both morphogens are below a certain threshold – the midplane. It sits right in between the top and bottom of a planar leaf. This is where pictures come in really handy.

The diffusion of morphogens from the front and back (or abaxial and adaxial sides) to the midplane provides the second orientating gradient. With these two gradients each cell has enough information to tell top from bottom, front from back, and left from right and grow more or less in each of these axes to generate the final plant shape.

So much for the model, but what about reality? There is growing evidence of several molecular players that take the roles of morphogens. Auxin is just the most famous, but it is far from being the only one. “There are genes expressed specifically on the adaxial [top ]and abaxial [bottom] sides of the primordium that repress each other to maintain these domains separate”, Beatriz explained. On top of that, there are regulatory small and microRNAs that diffuse and control the leaf shape. It’s an intricate network of actors and repressors.

When it comes to developing into a leaf or a trap, my first assumption would be to just have the growth rates of the top and bottom layer be different. This is not the case in the model, however. Instead, it’s the orientation of tissue growth the makes the difference between leaf and trap. If, for example, the midplane gets distorted by a change in morphogen distribution (think the yellow side becomes larger than the blue side, to put it very simply), the growth orientation follows the curvature of the midplane – resulting in a cup instead of a flat leaf. “The conflicts between growth orientations in these two scenarios are different and as a result are what generates the two different deformations of the tissue, or as we like to call them: leaf shape! It is important to note that in these models all regions grow at the same rate. You could think that to generate the curvature the abaxial [bottom] side the organ needs to grow faster than the adaxial [top] side. This is not the case in our models and the conflict of growth orientations is enough to generate the different shapes.”

Interestingly, the model also helped to answer a chicken and egg problem: does the plane of cell division define growth orientation or is it the growth orientation of a tissue that forces the cells to divide in a certain plane? Beatriz and her colleagues added one more rule to the model and observed, what happened. If a cell grew too large and had to divide, it should divide across its shortest diameter. “The first thing to note is that we don’t specify the orientation of the division in our model. Orientation is the result of the shape of the cell at the moment of division, and the shape of the cell is determined by the result of all growth rules. So if a tissue is being told to grow more in one orientation than the other, the cell will elongate in that orientation and the plane of division will emerge.” So, it is tissue growth that enforces a plane of cell division.

What I find most remarkable is that this model gives a basis for complex organ growth: it is not the amount of growth in specific areas in the primordium that shapes it, but the orientation of growth in relation to those predefined areas that generates the shape. Changes to the pattern of those domains allows for the diversity of leaf shapes. This simple mechanism also explains why cup-like traps evolved independently multiple times.

Studies like the one presented here integrate many disciplines, amongst which are molecular biology, microscopic imaging, image analysis and computational modelling. No single researcher can perform all these tasks alone and Beatriz is no exception: “This work is the result of a true partnership, between two molecular biologists, myself and Chris Whitewoods, and the modelling genius Jie Cheng. Combining all of our expertise is, I think, what makes the work really great. It has been an amazing collaboration and the highlight of my time in this lab.”

And I’d like to thank Beatriz for her help in understanding the modelling of, and the biology behind the many traps of carnivorous plants. You should go and check out her twitter, she tweets as @BeatrizPGoncalv. I, for one, can’t wait to tell Tegan everything about leaf development on the next podcast.