Muriel Howorth and the Atomic Garden 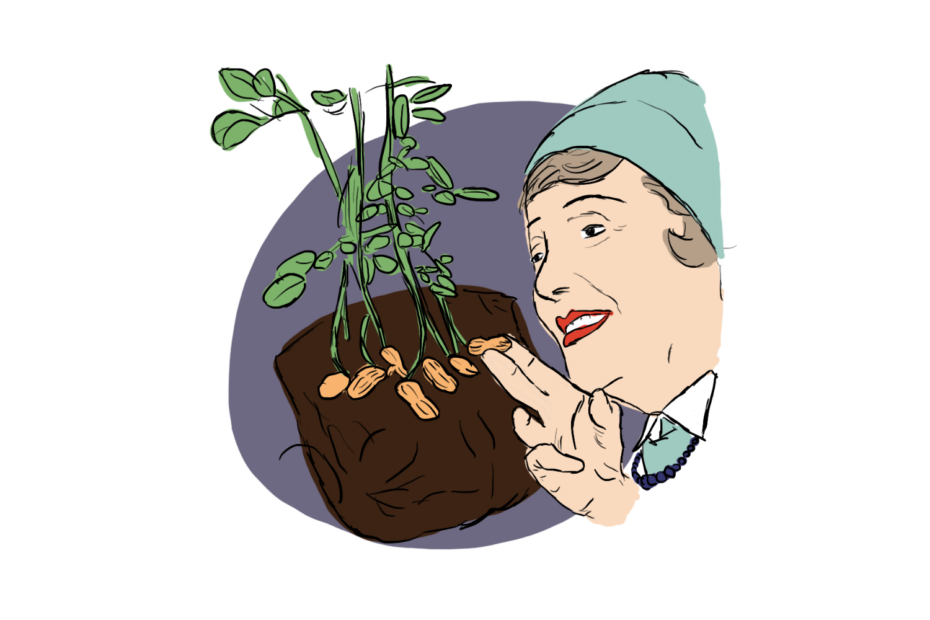 In a move that seems almost prescient in understanding the role of mutagenesis in crop improvement and basic biology, a group of ‘Atomic Gardeners’ triumphed the potential for atomic energy to be a force for good, just a few years after the devastation of WWII….

Muriel Howorth was something of a force of nature, and something of an oddity. In 1948, just a few years after the horrors of the second world war, Howorth received a letter in the mail, inquiring if she would like to interest herself in atomic energy.

Although not formally a scientist, Howorth did as all scientists should, and took first to the literature. There, she devoured Frederick Soddy’s ‘The Interpretation of Radium’, becoming immediately enraptured with two premises of the book: the potential positive uses of radiation, and the importance of public science engagement.

Defined perhaps primarily by her skills in ‘charismatic leadership’, Howorth took it upon herself to found, direct and preside over various not-unpopular organisations, which worked to develop the idea of Atomic energy as a source for good. Her initial ‘Atomic Energy Association’ became the ‘Ladies’ Atomic Energy Club’, which morphed into the ‘Institute for Atomic Information for the Layman’ and ultimately the ‘Institute for Atomic Information’. The penultimate of these claimed Albert Einstein amongst it’s patrons – Howorth was bold enough to ask, and he acquiesced.

Early in her career as science communicator, in 1950, Howorth staged a mime entitled ‘Isotopia: An Exposition on Atomic Structure’. Now satisfied with the un-spoken word alone, she subsequently branched into books, writing one aimed at specifically at women, entitled ‘Atom and Eve’ (1955), and later, one targeted at children. The aim of the clubs, and the books, was to ‘lead women out of the kitchen and into the atomic age’.

In many ways, plants were the perfect intersection of science, and pursuits that – at the time – were seen as more female appropriate. Combining the ‘hard’ radiation science with the ‘more feminine pursuit’ cooking, Howorth made the newspapers in 1959 for having cooked and consumed potatoes and onions that had been preserved for three years by irradiation. In later years she carried an irradiated potato around in her pocket.

At some point, following one or more enthusiastic letters on the topic, she managed to procure X-rayed peanuts, from their inventor Waltor C. Gregory, and promptly served them at a dinner party. Perhaps in response to the leftovers (the party-goers were not overly enthusiastic about eating the suspiciously large peanuts), Howorth planted the peanuts, named the germinated plant after herself, and made it back into the news cycle.

That radiation could not only sterilize food sources, but could also lead to mutations and alterations in the DNA of living organisms, was not a new discovery. The field of induced mutatagenesis was initiated in the early 1930s, following the discoveries that X-rays could lead to mutations in the genes of fruit fly (Drosophila melanogaster) and barley, in 1927 and 1928, respectively. These mutations at the genomic level (DNA), could subsequently lead to changes in the phenotype of the organisms – the way it looked, grew or acted.

Mutation analysis, or ‘radiobotany’, was immediately recognised by scientists to have great potential for both altering (improving) plants, as well as understanding how they work. (The latter method involves mutating genomes, and then choosing plants with interesting qualities or phenotypes, and working backwards to find out which genes had been effected. This method is commonly referred to as ‘forward genomics’ in biology). But the field or radiobotany only really took off in the eyes of the public in the 50s following announcement of the ‘Atoms for Peace’ concept in a speech by then-US president Dwight D Eisenhower in 1953. Howorth – now in her late 70s – developed yet another club: The Atomic Gardening Society.

Utilising what is best described as early crowd-sourcing, Howorth sent members of her club (who apparently resided across the world!) seeds which had been exposed to radioactive sources (typically cobalt-60). They were to grow the seeds, observe the plants, and send detailed instructions back to Howorth.

Although it is clear that some reports were indeed filed, the success of the club seems to be limited. Just three years after its foundation, Howorth turned the society over to a new president. In the coming years, the growing fears of nuclear proliferation turned the public taste once again away from tales of nuclear glory.

Despite the limited results in its early stages, it might please Howorth to know that Atomic Gardening is, in many ways, very much a success. In the 70 years following the initial discoveries of mutation effects in the late 20s, more than 2000 mutant varieties of plants have been officially released to the market, the majority created and released from 1985 – onwards. Of these, nearly 90% of the mutations have been created using Howorth’s beloved radiation. Approximately one quarter of the released varieties are deocrative plants, while the remaining are crops, including rice, wheat, cotton, rapeseed, sunflower, sesame, grapefruit, bananana, barley, pear, sorghum, groundnut, and peppermint – to name a few.

The mutations induced in these species has resulted in increased yield or quality, reduced need for pesticides, fungicides, or even watering, has created plants that mature earlier have higher processing quality, or improved nutritional value or shelf life, or are easier to harvest. Even those plants that did not have strong crop value, could potentially be used in the early days of plant genome research.

Today, we’re (literally) reaping the harvest from the early and broad manipulations of the genome that were achieved through atomic mutagenesis. Over time, newer technologies (think genome engineering or editing) have risen up to complement mutagenesis-based techniques, but it’s impossible to ignore the fact that many of our breeding successes, as well as a lot of our basic scientific knowledge, was only possible through the what is effectively Atomic Gardening. We hope that fact would make Muriel Howorth proud.

A highly readable description of Muriel Howorth’s life that I cannot recommend enough:

A detailed description of the crops that have been developed by mutagenesis:

Check out this amazing timeline.

I first heard about Atomic Gardening from the TV show QI.

1 thought on “Muriel Howorth and the Atomic Garden”