Plastic in your Plants 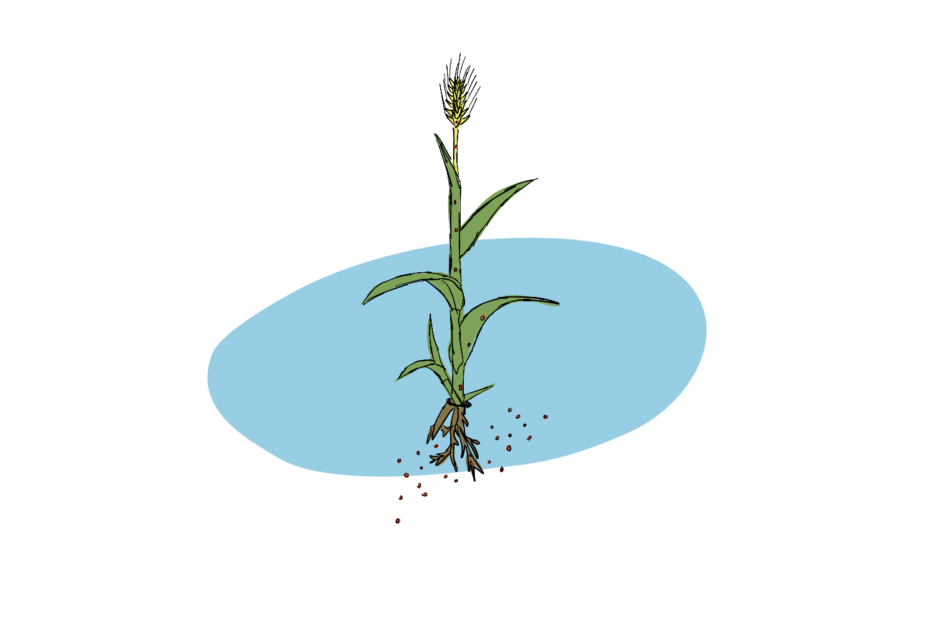 Recent reports have revealed the alarming ability of microplastics to accumulate in fish and other sea creatures, with the ultimate fear being that these plastics might end up on human plates. They may also accumulate within the tissue of some plants, as further shown by two recent studies.

In the past few years, we’ve become increasingly aware of the polluting problem of microplastics. Microplastics refer to any small plastic fragment less than 5 mm in length. They enter the environment in the form of either primary microplastics- plastics that are originally small in size (think fibres from clothing, microbeads from face washes), or as secondary microplastics– those that have broken down from large plastic items like water bottle and plastic bags.

Because they are plastic, they degrade slowly – over hundreds to thousands of years. Instead, they move throughout the world, particularly in rivers, lakes and oceans. Because they are micro, they tend to get into things. Including living organisms, such as plants.

Although previous studies have revealed that microplastics can wiggle their way into at least some plants, Gea Oliveri Conti and colleagues wanted to investigate whether plastics was specifically present in the plants we eat. The scientists searched for the smallest kinds of microplastics (<10 µm, i.e. <0.01 mm), focusing whether these particles could be found in fruit and vegetables that are commonly consumed. They chose carrot, lettuce, broccoli and potato, as well as apple and pear, purchasing samples of the fruit and veg from local markets scattered throughout their city.

Because plastic is so ubiquitous in our world today, the scientists had to take great care in their analysis, in order to ensure that any plastic found truly came from within the foods themselves. They washed and peeled the fruit and vegetables (except the lettuce and broccoli), and- to limit the likelihood of lab-plastic contamination- thoroughly cleaned all working spaces, and used non-plastic equipment in their extraction method.

Their work revealed the presence of microplastics within all of the tested products, with the amount and sizes of the plastic differing from food to food. For example, fruits had high levels of microplastic compared to vegetables, with apples being more contaminated than pears. The scientists hypothesised that the high levels of plastic in fruit, relative to vegetables, may have been due to the the older age of the fruit tree (more chance for plastic to be obtained from the environment), and the larger size and complexity of their root systems (more water uptake from more area). Amongst the vegetables, carrots contained the most plastics, and also had the smallest particle size (lettuce was the winner in the ‘biggest particle’ category).

In a related study, Lianzhen Li and colleagues analysed microplastic uptake in lettuce Lactuca sativa and wheat (Triticum aestivum), in a lab experiment that involved growing the crops in hydroponic cultures or sandy soil. In both cases, they watered the plants with wastewater, which is commonly used for agricultural irrigation throughout the world, but which is also known to have a tendency to contain microplastics.

The scientists demonstrated the presence of microplastics in the crops, and further illucidated the method of uptake: plastics enter at the sites of lateral root emergence and make their way to the shoots of the plants using the natural transpirational pull. The research further revealed that particularly large microplastic particles – up to 40 times bigger than those identified before – are also able to enter plants.

Both studies demonstrate the shockingly ubiquitous presence of plastic throughout our world, and its ability to spread into and accumulate in biological systems. But the further implications of these findings aren’t really clear. In the first study, the scientists expanded their results by calculating the ‘estimated daily intake’ of plastic for people, factoring in the amount of plastic per food, how often that food is eaten, and the average body weight of the person eating the food. However, there remains little information about whether the plastics accumulate in the human body, or if they just ‘pass through’, and whether either option would have any implications for human health.

You can find the full text here

We could not find the full text online.

We mention these studies on the July 17th episode of our podcast.