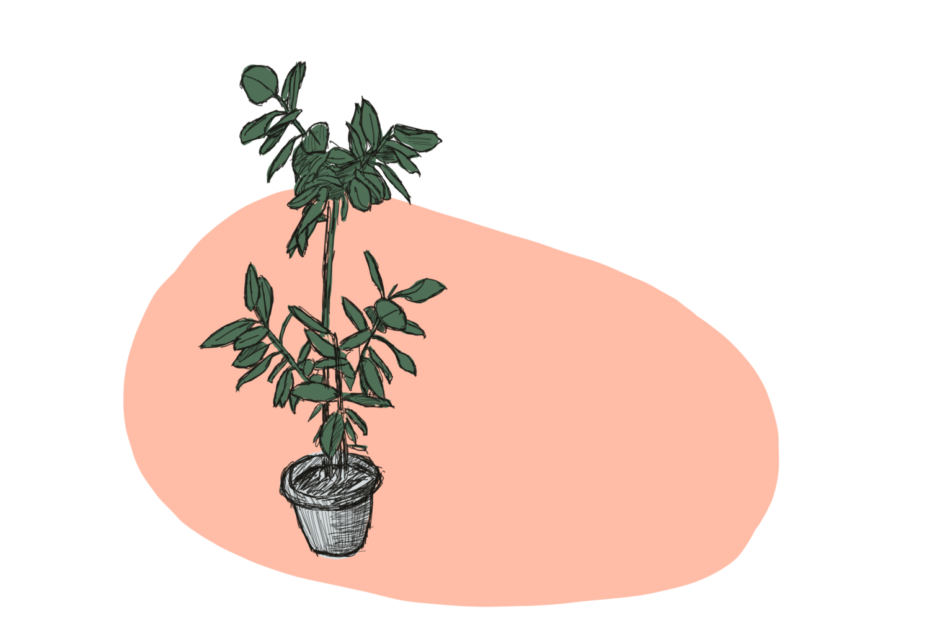 Honestly, I chose to write about the rubber tree (a.k.a Ficus elastica) for our first ‘my favourite plant’ segment, because I have a huge one in my flat, looming dramatically over my bed.

But I actually followed through on that thought because of Living Root Bridges. Which just look friggin’ cool.

The ficus, or fig genus is pretty huge – up to about 850 members- so you’re probably already somewhat familiar with this family. Our dear old rubber tree is cousin to the tasty fruit-bearing Ficus carica (proper figs), but also to a couple of ornamental plants. You might know Ficus benjamina (a.k.a the weeping ficus)- the plant that everyone’s parents had in the 70’s and which I pretty much associate with fallen leaves and dust). And you’ve probably also come across Ficus lyrata, the oh-so-trendy fiddle-leaf fig of the late twenty-teens.

Back to the Rubber trees. Don’t be fooled by the name. Although Ficus elastica does make a kind of milky latex sap, it’s not really able to be used to make rubber. That fame belongs to the Para rubber tree, a.k.a Hevea brasiliensis. Our rubber tree is mostly just an ornamental plant. But it does also have a second life… in bridge building.

In northeast India, and in some parts of Indonesia, the young, pliable aerial roots of the rubber tree are guided across bodies of water, and rooted in the opposite shore. Forming a complete bridge requires multiple roots, often twisted around one another, and a whole lot of time: the young roots gain strength only as they thicken and harden with age.

The living bridges can be built in different ways. For example, the may be stabilized with additional plant material, such as bamboo or palm trunks. Amazingly, while these dead plant materials will gradually decay with time, the living parts of the bridge will only become stronger with age… providing that the Ficus elastica stays alive and healthy.