The thin tree line between life and death 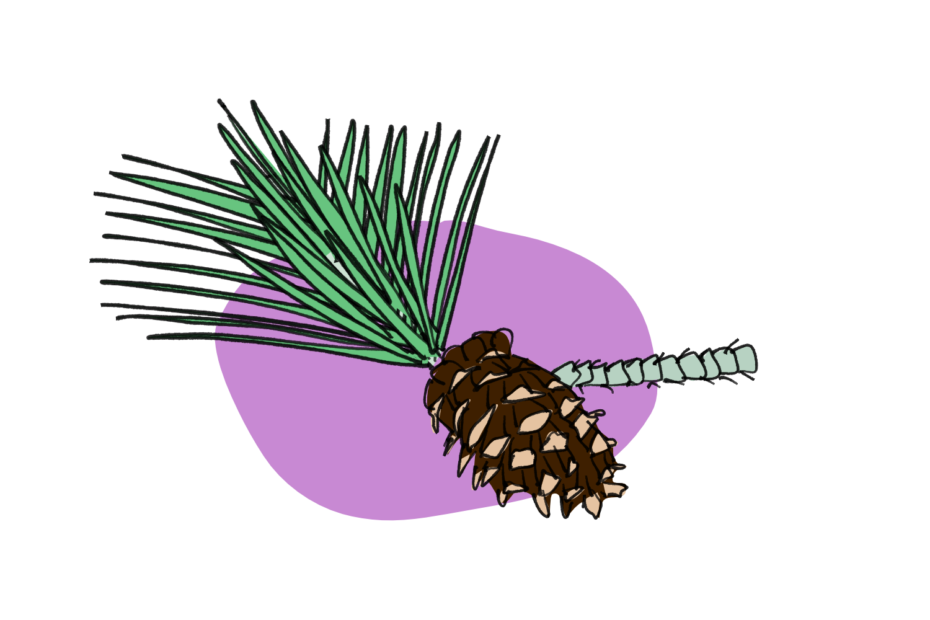 If you’re as bad a plant parent as me, you’ve probably been in the position of coming home from a long summer vacation and being faced with crispy plants and the big question: is it worth watering your plants and hoping for their recovery, or should you immediately chuck everything in the bin and start from scratch?

Drought and rewatering are common cycles in nature. Dry seasons alternate with periods of heavy rain, so plants have adapted to cope with the stress of having no water at all or way too much of it. Ideally, plants prefer a balanced supply of water and air to their roots (yes, roots have to ‘breathe too’) – which means that you should never overwater your houseplants.*

(*Don’t overwater your houseplants is quickly becoming the main theme of our Plants and Pipettes!)

Letting them dry out is no option, either. When plant leaves begin to dry, their stomata – the small holes in their leaves that let air in and out – close up, blocking gas exchange. The plants run out of carbon dioxide, that sweet gas required for photosynthesis, and, unable to run to the shops for a quick burger, quickly enter into carbon starvation. The plant wants to “exhale” to swap out oxygen for CO2 but can’t as the stomata stay closed to stop the evaporation of water. Ultimately, the plant dies.

For trees, this is not the only problem. They, like all vascular plants, heavily rely on the xylem, the water conductive tissue in the center of the stem, to pump water and certain minerals up from the roots and into the leaves. Under drought stress, the water and nutrients slow down, but, additionally, there is an increased risk that air bubbles can enter the xylem, causing embolisms. The air bubbles block the water channels and they continue to do so even when water is available again. If enough of the xylem gets blocked, it’s the end of the tree’s life.

With today’s global high temperatures and the spread of extended drought seasons across different climate zones, we face a problem: trees dry out and are unable to recover even if they are watered manually or through rainfall. While this phenomenon is slightly annoying for you to get a new plant from Ikea for your windowsill, it is downright catastrophic when we lose large fractions of tree populations due to drought.

Forests are major carbon sinks and dead trees release carbon back into the ecosystem that we’d rather see stored in biomass. Climate Researchers support the goal of reforestation to increase the global tree biomass. If we lose too many trees to drought, however, that goal becomes impossible to achieve.

To fight the issue of forest desiccation efficiently, it is necessary to know when and where trees require water before it’s too late. Satellites can image forest populations effectively but require a trait to be measured to assess the tree’s water status. One trait that’s commonly used is foliage (leaf) colour.

So, how much drought is too much for a tree? Where is the point of no return when too much xylem is blocked by air bubbles? And can we predict this point by looking at leaf colour?

William M. Hammond et al. from the Oklahoma State University set out to answer these questions. In an experiment that can only be described as large (they used over 80 pine trees (Pinus taeda L.), each measuring around 2 m in height in a greenhouse) they subjected the trees to various degrees of drought stress. Just before rewatering, they measured how much of the xylem’s capacity to transport water was lost. Then, 60 days of generous watering later, they assessed which trees survived and correlated survival to the lost xylem capacity.

Just as a side note here: I’m rather happy that I never had to work with trees as an experimental system. After bringing the trees from the nursery to the greenhouse, they had to wait for 215 days for acclimation (for the plants to adapt to their new environment) before they could even begin their experiment. I will never complain again about the time it takes to get tobacco grown to the right size. Kudos to all tree researchers!

Back to the experiment: Which trees survived the drought and rewatering?

Interestingly, there were individual trees that recovered from an almost complete loss of xylem capacity (with only about 5 % left). These extreme survivors were the lucky ones though, other trees died with just under 30% of xylem capacity left. Using their data set, the researchers calculated that the chance of dying for any tree is 50% when only 20% of the xylem capacity is left.

You can think of this value the same way you think of the LD50 for any poison: at the LD50 concentration of a substance, 50% of a population who take that substance die, while 50% survive.

Unfortunately, the risk of death rises sharply with increasing loss of xylem capacity. If only 10% of the xylem still works, the chance of dying is 80%.

So, how do those very lucky few trees recover from such extreme losses of xylem capacity? The answer is simple, but requires some energy: they grow new xylem around the blocked tissue. After regaining access to water, trees quickly try to make up for the loss of capacity. For some it saves their life.

Now that we know the tipping point after which more trees die than survive, it would be great to measure it without directly measuring the xylem capacity. In other words: Can we see the point of no return based on the leaf colour?

Unfortunately, the answer is no. At the time of restarting the watering, the leaf colour of surviving trees and those on the path of death could not be separated confidently. Separating them only became possible 60 days after watering again – dead trees had brown discoloured leaves while survivors were green and healthy.

Thanks to this study, we now have a better understanding of the LD50 for drought. This knowledge allows us to more effectively allocate our resources for forest preservation. Instead of watering trees destined for death we can rather support those who have a higher chance of survival. The downside is that at least for now, we won’t be able to know until too late. But we do know at least, that if we see a large patch of discoloured, brown foliage, then chances are that we’re too late – the trees are already dead.

To end on a more uplifting note: the researchers also found that their value for the LD50 is higher than what was previously estimated – giving us a little bit more time than we thought to intervene and support drought stressed tree populations.

So, should you rewater your stressed house plants? I’d reckon that your trees (think ficus or bonsai) have a good chance of making it. Whether the same is true for your monstera is something you can only learn through courageous experimentation.

Good luck, and, as always, DON’T OVERWATER YOUR HOUSEPLANTS!

2 thoughts on “The thin tree line between life and death”