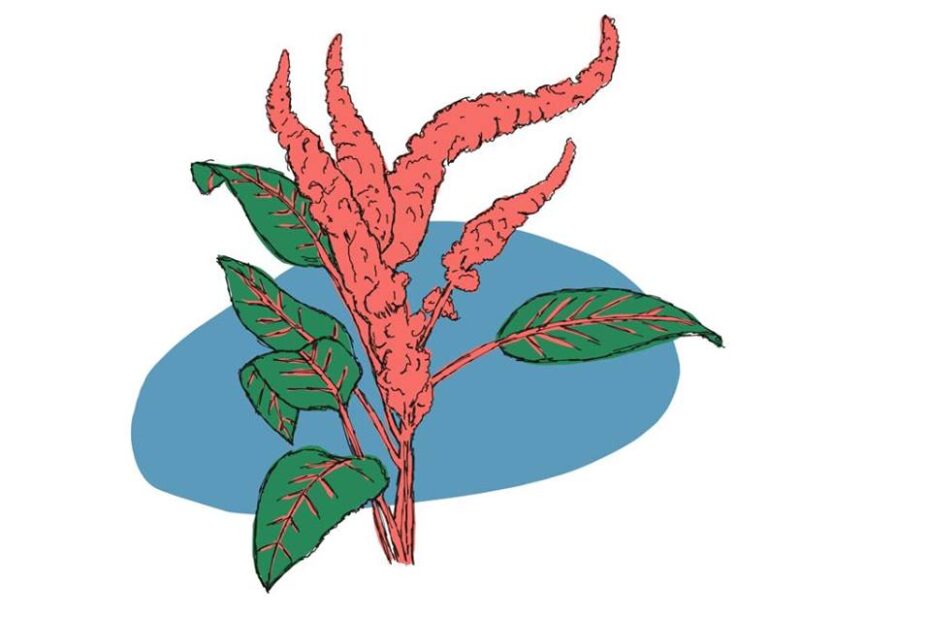 Many of you have probably already heard of amaranth. The pseudocereal jumped to global attention a few years back, as another ‘ancient superfood’ that could cure our health woes, following in the footsteps of foods like quinoa and chia.

I’m a little late to jump on the amaranth bandwagon, but last week I heard about some cool new scientific research that made me want to know more about the wondergrain.  So here are five facts about #ourfavouriteplant of the week, amaranth

We’ve said it before on the blog, and I’m sure we’ll say it again: polyploidization is a power move when it comes to pumping out products.

Being polyploid means having more than the normal two (one from mum, one from dad) sets of chromosomes. Several important commercial species, including wheat and cotton, are polyploid, or more specifically ‘allopolyploid’: their chromosome sets come from two or more different species. This mixing of different genomes produces offspring that can have cool and unusual traits (like large grains!). Plus the extra gene copies coming from the extra chromosome sets can be repurposed to do cool new things.

Suppressed by the Spanish

The domestication of amaranth took place in Mexico, and developed into a stable food source, used for at least 8000 years in North, Central and Southern America. However, following the invasion of the Spanish, growth and consumption of amaranth was deliberately and aggressively suppressed. This has been suggested to be linked to the use of the grain in a range of indigenous religious ceremonies. Luckily the plants persisted, grown in secret by the locals, or surviving as a weed in out-of-reach areas.

In the ‘70s, amaranth made a come-back (or at least, caught the attention of the west). A letter to Science in 1977 recommends it as a potential ‘new crop’ to help address nutrition concerns in a growing world.

Since then, amaranth grain has been celebrated for features including: its high protein content, high accumulation of the (limiting) amino acid lysine, high fibre content, and particularly high availability of minerals including Mg, Ca, as well as Fe (particularly limiting to many diets). For those of you with specific health concerns or eager to follow the latest health trends, it also contains proposed ‘good oil’ squalene, and lacks gluten (celiacs rejoice!). However, it should be noted that amaranth seeds also contain ‘anti-nutritional’ factors, such as phenolic compounds, saponins, oxalates and nitrates, which can be safely removed by cooking the grain.

As well as being a seedy source of nutrition, various amaranth species also have edible leaves, stems, and even roots. The Amaranthus genus contains about 70 species, which are used as grain, vegetables, and ornamental plants. Inflorescences range from purple, to red, to gold- and their deep colours can be used to make natural dyes: colour taken from a cultivar of red-flowered amaranth has long been used by the North American Hopi as an edible food-dye!

The beautiful colouring of the flowers, which remain vibrant even when dry, gives the species its name: amaranthus comes from the Greek ‘unfading flower’. But it’s more than just the flowers that are resilient. After all, amaranth is, in modern farming, largely considered to be a weed!

The plants are particularly hardy, and resistant to various soil salinity and pH. Plus, they’re C4 plants, and show adaptability to temperature changes and water availability. And finally, they seem to have the magical power to survive a herbicide that kills most crops.

But more on that next time.

(We also took information from the introduction of the paper)

The letter to science is here:

We read a bit of internets, and wiki, and feel that ‘amaranth’ deserves an alert: there’s a bit of nonsense out there. Please read any article about how a certain new thing is the greatest finding ever with a grain of salt.