Variegated plants mix it up 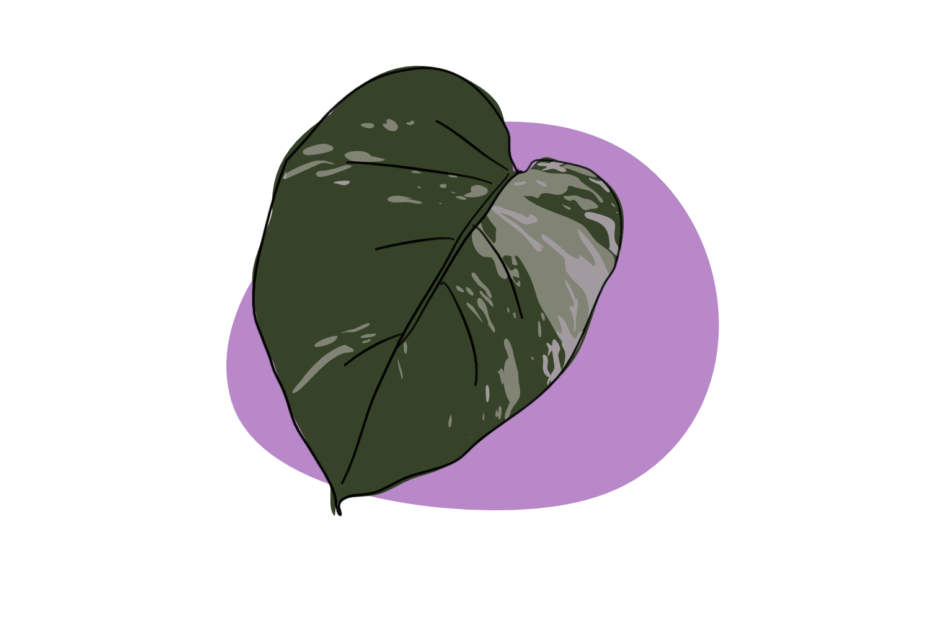 Most people use instagram to follow celebs and look at highly staged photos of people enjoying their morning cup of cold brew on top of mountain in their underwear at sunset. Us plant nerds, however, like to look at plants.

And if you’re anything like us, you might have noticed a trend – marbled monstera plants, fancy ficuses with white borders, and pale or patterned philodendrons. These diverse beauties are out to show that being different from the other plants only makes them more fascinating.

Today, we’re talking about the peculiarities of plant patterning. Particularly, about variegation

Plants are green for a good reason: the green pigment chlorophyll absorbs sunlight and channels its energy into a complicated protein machinery that uses the energy to fix carbon and make sugar. Generally, whenever a plant part isn’t green, it’s because it’s underground (roots), has a protective role (like tree bark) or attracts pollinators (like colourful flowers). When it comes to leaves, at least, there seems to be no good reason not to be green.

Still, variegation- the phenomenon where some parts of the plant leaf are green and others are not-so-green, has become a common feature of every plant-lover’s portfolio.

Generally speaking, there are two main types of variegation. In the first type, the ‘ungreen’ parts actually contain functional cells with working chloroplasts, but the green cells are masked by the epidermis, the outermost cell layer of the leaf. In some places, the epidermis is detached, leaving an air gap between itself and the green cells below, resulting in a white sector. When you look closely at this type of variegation you can see some green shining through the white.

The second type of variegated plant actually contains sectors with cells impaired in photosynthesis. In this tissue, the chloroplasts are disturbed or downright broken, and the white or pale cells generally rely on support (sugars!) from the green tissue around them. The molecular mechanisms behind this type of variegation are diverse and more complicated.

To get leaves with this second kind of variegation you need two things to happen. First, that something goes wrong with the chloroplasts. And second, that something splits the leaf into sectors. The part going wrong can be anything from a disrupted protein recycling pathway in the chloroplast, to broken protein expression in the nucleus. Whenever some essential chloroplast component is missing, the chloroplast ceases to function or develop properly. Sick chloroplasts mean less chlorophyll, which means less green.

If the chloroplast defect happens during certain stages of leaf development, only the descendant cells of the mutated primary cell turn white. The others remain unaffected and turn green. Things like transposable elements, stretches of DNA in the genome that like to jump around and disturb other sections, are one way of suddenly knocking out an important gene. When the DNA is replicated during cell division the transposable elements can jump into one of the genes required for chlorophyll synthesis or one of the many other genes essential for photosynthesis.

While it’s clear that variegation has been strongly selected for by humans in their quest for beautiful ornamental plants, there are also examples of wild species with variegated leaves. Researchers today still don’t know for certain why that is, but have managed to come up with a couple of hypotheses.

Some believe that the variegation serves as a form of mimicry. Certain plants taste terrible to potential predators (herbivores) and they signal it through their variegated leaves, much like wasps do it with their yellow and black colouring. Other plants then use this bad reputation and disguise themselves with variegated leaves to look more menacing than they really are.

Apart from looking like other inedible plant varieties, it’s possible that plants use variegation as a method of ‘playing dead’… or at least playing sick. Several types of mosaic viruses can affect plants and create variegation-like patterns on the leaves. So by mimicking these symptoms, the plant is essentially signalling “Don’t bother eating me, I’m sick and will probably give you fly-flu.”

My favourite idea, however, is that the variegation mimics bird droppings. Nobody likes to eat something that’s covered in bird poo and so herbivores are believed to be easily turned away by white spots on leaves.

Whether or not these theories are true is hard to say. Experiments in some species have shown that certain insects prefer to eat non-variegated plants when given the choice. Whether that’s due to plant mimicry, fear of viral infection or simply dislike of bird poo is impossible to tell at this point.

One thing however is certain: leaf variegation doesn’t protect from being captured, potted and photographed for likes and fame on instagram.

Speaking of which, follow us on instagram, where we will also have pictures of beautiful variegated plants.

2 thoughts on “Variegated plants mix it up”