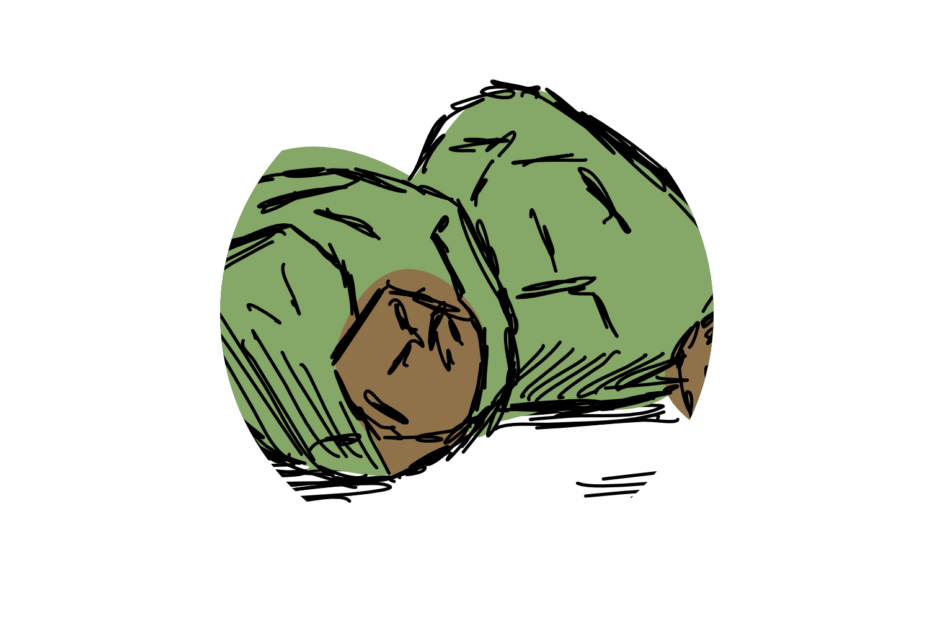 Vegemite, Britney Spears, brussel sprouts – you rather love them or hate them (for me it goes hate, love, love). Tegan just wrote about her distain for the sprouts (and how all cabbages are related) and I‘m here to mansplain how she might just not have had the new, good stuff.

As a child, I couldn‘t find much love for the little green sprouts. The family recipe required boiling them for extended periods of time and then serving mushy blobs that smelled like fart.

Today, I know that boiling is one of the worst ways to prepare them (sorry, mum) as this greatly triggers the breakdown of glucosinolates into isothiocyanates, which smell like fart. They also taste very bitter. A much better way is frying or roasting the sprouts which yields less bitter tiny cabbages.

Interestingly, the bitter flavour is not perceived by everyone alike. Around 70 % of the human population can taste the bitter parts of Brussel sprouts while the others turn a blind nose to isothiocyanates. Young people are also more likely to be more sensitive to bitter tastes than older folks, which might explain also why the usual transition goes from milky, sugary coffee, to coffee with milk, to black coffee, to just snorting coffee grounds in the morning.

As Tegan pointed out, all cabbages are the same species. So how come there is so much controversy about Brussel sprouts while pretty much everyone loves to eat broccoli (at least my infant son can‘t get enough of the stuff)? The glucosinolates are a very diverse group of chemical compounds. Each cabbage has its own, unique profile of different glucosinolates which gives each the distinct flavour and smell when boiled. On top of that exist hundreds of cabbage varieties, again each with slightly changed glucosinolate profiles.

Which brings us to the reason for the spike in popularity of Brussel sprouts in the last decade or so. Hardly any hipster restaurant can survive these days without serving some variation of Brussel sprouts. Their secret: a new variety of sprouts. In the early 2000s, a breeding program of Syngenta that was started in the 1990s found success. The breeding company found a new variety that had a changed glucosinolate profile and therefore was much milder on the palate. Suddenly, many more people could stand the taste of Brussel sprouts – and many more places began putting them back on the menu.

I can‘t say, whether or not Tegan has ever tasted the new, mild variety. But I know that the key to delicious, mild Brussel sprouts is buying them today instead of in the 1990s and roasting them in the oven with maple syrup. Yum!

This is the NPR story linked in the XKCD comic that started this whole post.

This article has more details on the chemical compounds and the way humans taste them.

And this article tells the story of breeding the new, mild variety.

This article is part of our advent calendar. You can find all posts here.