An extra pair of genes 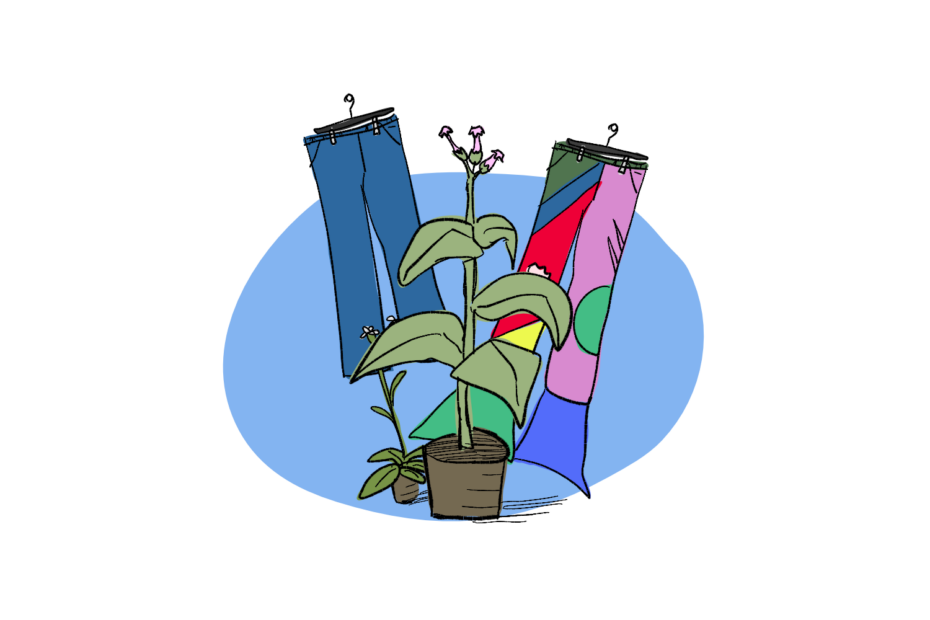 Genes in many organisms tend to hang around in pairs, with one member of the that comes from mum and one coming from dad. But for some species, having just two sets of genes isn’t enough- they like to double or even triple up on things.

Today we’re talking about plants who want more, and what you can do when you have too much of a good thing.

When we think about genomes, we tend to think in terms of pairs. Most of us exist in the diploid state, meaning that each of our cells has two complete copies of the human genome – one from mum and one from dad. By contrast our sex cells – sperm and eggs – have just one copy of the genome, and are referred to as haploid.

Many of the plants that we encounter in nature follow a similar rule. The sex bits – pollen and egg in flowering plants – contain one copy of the genome, and merging of the two during fertilisation makes a nice diploid plant.

Of course, some groups like to do things differently. Certain plants, including mosses, liverworts and hornworts, do undergo this haploid-diploid-haploid-diploid cycle during reproduction, but spend most of their visible life hanging out as haploids: the genomic equivalent of sex cells.

On the other side of the equation is polyploid plants. Not happy with having two copies of each genome, their thing is being more than diploid. Plants can be tetraploid (four copies of each gene) or hexaploid (six copies)… or have even 8, 10, 12 or more copies. You might have noticed those numbers are all divisible by two, which helps split things in half when undergoing sex-cell generating meiosis. Plants with three copies of a genome do exist (hi there saffron), but they tend to be sterile. (We discuss that a bit more over here).

These many-genome polyploid plants can come about by spontaneous doubling of the genome (called autopolyploidy). Duplication of the entire genome is actually a pretty common feature for most plant, and we could technically refer to many plants as paleopolyploids (things that underwent autopolyploidy a long time ago). A second form of polyploidization can arise due to hybridization of two different species, making an allopolyploid.

Both autopolyploids and allopolyploids have a kind of evolutionary advantage, because there’s a surplus of genetic material to effectively play with. While one copy of an important gene runs around doing the hard work, the other one can change, adapt and evolve, to have a completely new and exciting function. With allopolyploids, you get the bonus of extra genes, as well as extra genetic diversity – which can allow for development of new and exciting traits that might not exist in either of the hybrid’s parents. Allopolyploidisation has been a pretty important part of the history of crop development. The common wheat variety is hexaploid (it has six genomes), while tobacco, canola, and some cotton varieties are tetraploid (four genomes).

While having extra genome copies can be beneficial, it can also be a bit of an organisational nightmare. Having twice the number of genes (i.e., in a tetraploid), means twice as much work making sure all those genes are expressed at the right time, in the right place, and to the right level. Make too little, and you might find yourself unable to perform some vital life function. Make too much and you might find yourself using up all of your energy (gene expression doesn’t come for free!). This administrative nightmare might be just one of the factors limiting the number of hybrids that exist in the world.

Genes encoding ribosomal RNA are some of the most highly expressed genes in many livings organisms. They’re also incredibly important – they make up part of the translation machinery, meaning they’re absolutely essential for getting any protein made! In plants and other eukaryotes, each nuclear ribosomal RNA gene (rRNA) can exist in literally hundreds of copies on the genome: the repetition helps facilitate hugely high levels of transcription from these genes. rRNA genes also have their own dedicated transcription system – RNA polymerase I- which tightly regulates rRNA production to fit demand.

Of course, this balanced expression effort hits a bit of a rough patch when polyploidisation happens – all those rRNA copies become a little harder to regulate.

Nearly 100 years ago, scientists first noticed that plants have a very simple answer to this problem. In many interspecies hybrids, genes inherited from one parent’s rRNA are transcribed, while those from the other progenitor are kept silent. The process was given a name: nucleolar dominance.

Enforcement of this nucleolar dominance involves silencing one parent’s sets of genes. This silencing involves epigenetic modifications: specific labelling of the DNA residues with residues that signal that those stretches of DNA should be largely ignored. The results is that the RNA polymerase I passes by those silenced genes, only transcribing the dominant parent’s copies. The silenced regions, huge blocks of hundreds of rRNA copies, can span tens of millions of basepairs of chromosomal DNA. Thus, nucleolar dominance might be the second largest scale of genomic silencing- trumped only by X-chromosome inactivation that occurs in somatic female mammal cells.

One of the things that is not entirely clear, is why one parent’s genes just get turned off, instead of all genes being equally turned down a bit. The codings sequences of rRNA are pretty similar between species- especially between species that are closely enough related to be able to hybridize. So producing a mix of both parent species’ rRNA shouldn’t cause any awkward cellular repercussions. One guess is that that turning one set off is easier than turning everything down a bit. Given that the rRNA tend to hang around in large repetitive chunks on the genome, throwing an epigenetic ‘closed’ sign over certain genomic locations might just be the simplest way to go.

What’s also unclear, is how the silenced parent gets chosen. Some evidence suggest that the physical location of the rRNA clusters on the chromosome – how distal they are from central centromeres- might determine how likely they are to be silenced. So maybe the species that comes into the relationship with the most distal clusters is simply the winner from the start.

A now quite old review about Nucleolar dominance:

1 thought on “An extra pair of genes”