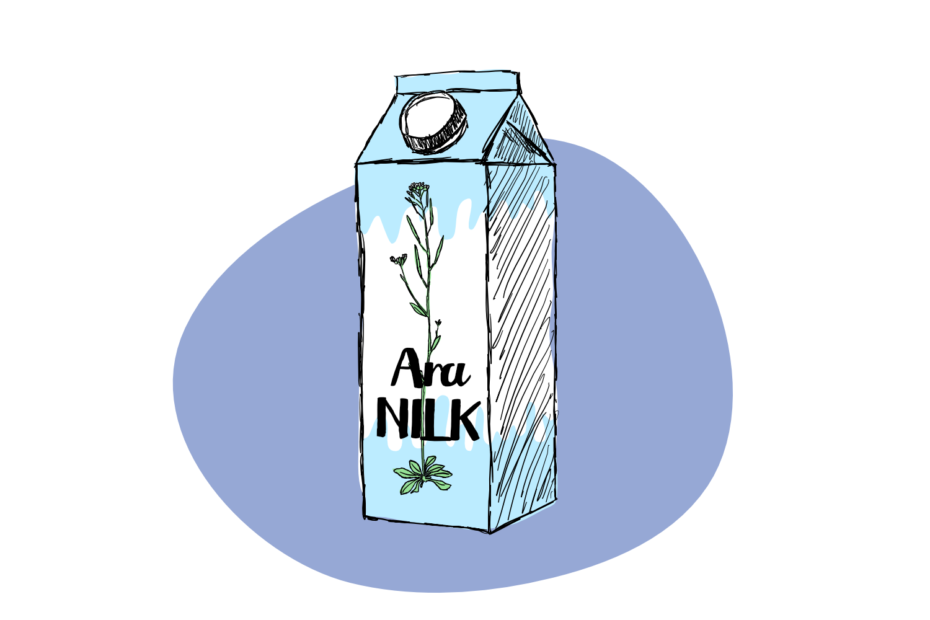 Plants have long been used as an important source of oil- sunflower, olive, canola and even pumpkin seed. And, more recently, they’ve also been used to make nilk**: soy, oat, almond and cashew.

Today, we’ve got a bit of a mixed bag for you, a post about how plant oils can be used to make milk products. The kind- in case the title of the post didn’t tip you off- that are designed specifically for babies.

*For those of you who don’t know what a babyccino is, it’s basically just frothed warm milk. For children.

**Because plant milk is not legally milk, we’re going with nilk. Because I think we can all agree that staring at a creamy liquid and calling it ‘oat juice’ is pretty upsetting.

As mammals, we humans are all about giving our offspring milk in their early months. But sometimes, breast milk just won’t cut it. The first infant formula was invented as early as 1867. But recent examination of clay vessels found in children’s graves from way back in 1200 BC suggests that we might have been supplementing with non-human milk sources for a long time before that. In the early days, the so-called ‘first wave’ of milk formulas focused primarily on getting energy to the babies, and primarily contained lipids sourced from cow milk. Later, second (1910-20s) and third wave (1990) developments improved the nutritional value and complexity of the formulas, to make them more and more like breast-sourced substances.

Nowadays, the fats found in infant formula, which represent about half of the total calories found in human milk, are taken from plants. Which equals to approximately half a million tonnes of vegetable-derived fats per year being used to produce formula.

As mentioned, the ultimate aim of formula is to closely mimic human milk, in order to give the developing babies the food source their tiny digestive tracts expect. But human milk is a complex beast, and its fat composition is pretty different from that found in both other animals, and in plants plants.

Getting the right amount of these different acyl groups in vegetable fats isn’t too hard- we’ve worked that one out.

But the palmitate and oleate themselves around found in larger fat structures- they cling to glycerol backbone at one of three positions -top, middle or bottom. And getting them to hang out in the right order on the backbone is a little trickier. In human milk fat, most of the palmitate – about 70% or more – hangs out in the middle position (known as sn-2). But in vegetable fats, that middle position contains next to no palmitate. Even palm oil, which contains nearly 50% of this fatty acyl group and is the literal namesake of palmitate, has less than 10% of it’s palmitate at the coveted sn-2 position.

So currently, our best formula options involve production of lipids by enzymatic modification and specialised fractionation procedures. As is often the case, the best option is also the most expensive. To the point that very few formulas use the modified lipids, and most stick with plant-based products.

The problem is, that the positioning does seem to matter somewhat to the bubs. Palmitate found in the top and bottom positions (sn-1 and sn-3) are absorbed less well, might limit calcium absorption, as well as causing ‘transit discomfort’ (pooping problems). It’s not extreme, but let’s be honest- none of us like to be gassy.

So it might be better for the babies if we can find some fats with with palmitate found enriched in the sn-2, as opposed to sn-1 or sn-3 position. But that doesn’t seem to be a thing in the land plants studied so far.

The plant in question, as you may have guessed from the title, is Arabidopsis. And it’s been engineered. Recently, Harri van Erp and colleagues aimed to develop Arabidopsis that made seeds that have a fat content that was as close-as-possible to that found in human milk. Ara is a good choice because it naturally produces seeds which have fats as their energy storage molecule.

The first step to creating the plants involved finding the right enzyme involved in fat-making that would successfully load that important sn-2 position up with C16:0 palmitate. Plants already have an enzyme responsible for sn-2 loading in their endoplasmic reticulum (a major locale for lipid biosynthesis), but it doesn’t like to use palmitate. Interestingly, however, they do also have an sn-2 loading and palmitate-preferring enzyme. Only problem: it’s found in the wrong compartment, the chloroplast, and it’s used to loading a slightly different palmitate precursor – chloroplastic C16:0-ACP instead of ER C16:0-CoA.

Still, enzymes can be pretty flexible, and this guy had already been shown to happily take the ER precursor n a test tube. So the scientists thought that altering its location might be enough to make things work. And they were right.

They used a seed-specific promotor, making sure that the redirected enzyme would only be redirected where it mattered – in the oilseed. After selecting for seeds with high palmitate content, the scientists then looked at the all-important positioning aspect – and found an amazing 16-fold increase in the amount of palmitate found at sn-2. From only 2% in wild-type, to nearly 32%.

But that wasn’t enough for them!

In stage two of the process, they worked to disrupt the native ER-resident enzyme- the one that disfavours sn-2 palmitate. That change gave them a further increase of sn-2 palmitate – up to about 50%. Finally, they altered another enzyme involved in lipid fluxes, and by stacking these three modifications, managed to get a total enrichment of palmitate at the sn-2 position to over 70%. Way up there in the range of human milk!

As you probably know, Arabidopsis is more of a model species, so the next step towards making this any kind of viable product, would be to see if it could be accomplished in oilseed crop plants. Like sunflower, or close-relative of Ara, canola. Although lipid biosynthesis goes down differently in different species, it’s also important to note that the scientist’s various manipulations didn’t seem to have too much effect on the germination or development of the plants, nor on the final weight of the seeds produced. Which is an important consideration when it comes to crops.

So we know this one’s designed at babies, but nonetheless we thought we’d ask… Would you drink a GM Ara-oil Nilk product if you knew it was especially designed to ease digestion?