CRISPR fought the law and the law won 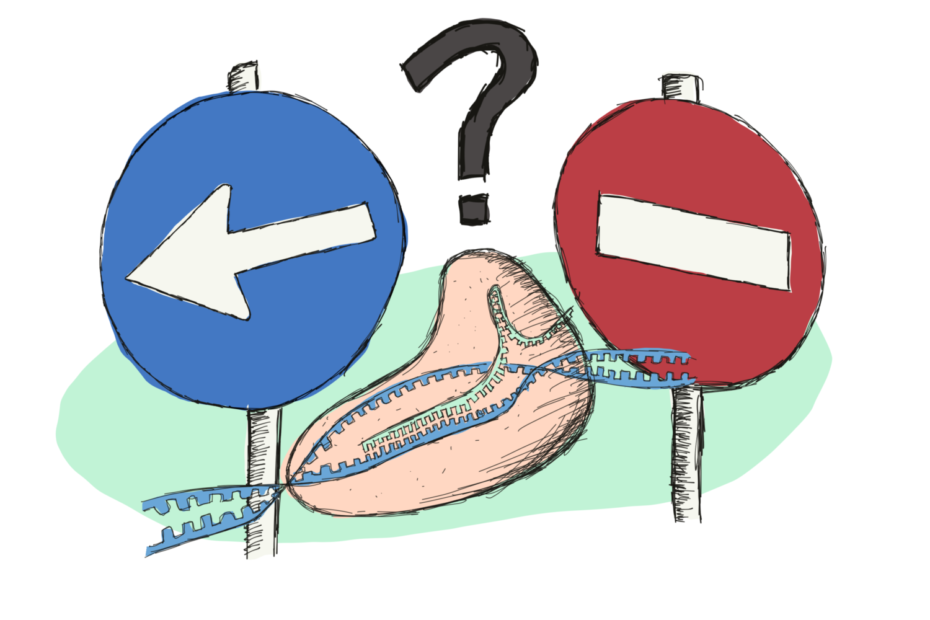 CRISPR/Cas9 wows plant researchers and fascinates plant breeders. The public however doesn’t necessarily feel the same warm glow – public response has been mixed at best. Why is that?

In part one and two of this mini-series we explored the research and plant breeding views on CRISPR/Cas9. To recap: researchers are excited about a versatile and user friendly new tool that facilitates exploration of the inner workings of plants, and breeders are intrigued by the possibility of using CRISPR/Cas9 as a shortcut in the expensive process of plant breeding. Now, let’s have a look at public response to CRISPR/Cas9.

One small heads-up though: we will only be looking at the discussion around CRISPR/Cas9 in agriculture. The topic of genome editing in human health and medicine is a whole different story, with very different issues at hand. So please don’t ask us about CRISPR babies.

So, do the people want CRISPR/Cas9? The short answer seems to be: maybe not.

Even in countries like the US1, where GMOs (genetically modified organisms) have saturated the market for many years, surveys suggest consumer wariness when it comes to bioengineered food. Similarly, a survey of consumers in China found nearly 50% of people to have negative opinions about GMOs. In Europe, the anti-GMO sentiment is much more pronounced: polls show time and time again that a large majority of people don’t want any genetically modified crops on their field (this German study found that 79% of surveyed citizens support a ban of all GMO crops).

This likely comes as no surprise to anyone who has ever read anti-GMO literature distributed by various political parties and NGOs. This brochure from the European Green Fraction, for example, shows a pepper with lizard legs and various images of toxic chemicals being dumped on unsuspecting corn plants. GMOs seem scary. Partly due to the campaigns against them, GMOs are heavily regulated in the EU which results in a de facto ban. Most European countries don’t allow GMOs to be grown. In the eyes of many activists, CRISPR/Cas9 offers just another new way to create GMOs and hence it should be banned, too .

As a researcher, it’s easy to dismiss all criticism as fear mongering and signs of ignorance. A recent study found that those opposed to GMO know the least about GMO but think they know the most2. But instead of simply dismissing it all as lack of education, let’s look at some of the more interesting points raised as part of the anti-GMO and anti-CRISPR argumentation.

CRISPR/Cas9 is just one of several new breeding techniques (or NBTs for short). Activists fear that widespread use of NBTs will lead to more patents on crops, reinforcing the market power of a few large global players. The European Patent Office (EPO) recently hardened its stance on patenting crops, but activists stress that the new regulation is riddled with loopholes that have lead in the past to patented crops and will continue to do so.

While researchers and breeders argue for the power of NBTs to fight against food shortages – particularly in the light of new challenges like global climate change – their opponents claim that systemic problems can’t be fixed with technological solutions. They note the systemic issues in industrial agriculture that result in high carbon emissions, soil erosion, centralized profits, ecosystem collapse and many more. Opponents of NBTs and other such technologies call for a different kind of innovation, culminated in the statement:  “We can’t solve our problems with the same kind of thinking that created these problems”.

In Summer 2018, a ruling by the European Court of Justice put an end to the debate about the fate of NBTs. The ECJ ruled that (1) NBTs are tools for mutagenesis, (2) all mutagenesis techniques create GMOs, and (3) old mutagenesis techniques (using radiation or chemicals) have been proven to be safe and therefore should be exempt from stricter regulation. As a result, NBTs join GMOs in the group of technologies that are not allowed to be used on European fields3.

In response, a joint statement of European plant researchers warned about the impact on innovation, development, economy and society. Scientists raised general concerns about the future of plant research in Europe, now that a major new tool is effectively banned from European fields.

This European decision has an impact on other countries, too. Researchers working with farmers across the African continent worry about the future of their funding and the possibility of bringing decentralized plant breeding to emerging markets, such as those in Kenya and Uganda.

Despite the European ban, it is clear that other parts of the world approach the issue very differently. The US department of agriculture stated that they will treat NBTs just like other tools for genetic modification, which are currently allowed in the USA. China also plans to take advantage of the new possibilities offered by NBTs, while Argentina and Brazil both announced plans to regulate crops based on their individual risk assessment, and not the method of their creation.

Furthermore, not all European countries share the opinion of the European Court of Justice. Norway and Switzerland – not members of the EU – plan to change their regulation to open it for NBTs.

Will we soon have crops on our plates that were generated using NBTs? Well, that depends on where you live. Europeans will likely not see any genome editing in their agricultural products. In other parts of the world however, crops created by CRISPR/Cas9 and other related tools will soon be a common sight.

Did we miss an argument that is important to you? What is your take on NBTs? Let us know in the comments!

1) The source is from the pro-industry NGO International Food Information Council.

2) The disconnect between actual knowledge and perceived knowledge is special to anti-GMO activists. Climate change deniers do not overestimate their own knowledge as much.

3) Technically, several conventional products in supermarkets are not allowed to be labelled “GMO-free” anymore if they descend from plant lines crossed with mutagenised plants. These mutagenised plants are considered GMOs and by law all descendants of GMOs are again considered as GMOs.

Naturbewusstseinsstudie 2017 by the German Ministry for Environmental Protection and Nuclear Safety finds a majority of Germans rejects GMO.

Joint statement by European researchers disproving of the ECJ ruling

Article on wired.com on the potential impact of ECJ ruling on markets and developments in African countries

Summary on the legal status of NBTs crops in the world

Dutch report by the Rathenau foundation on regulation of genome editing, mentioning Norway as a good example for inclusive regulation.

Official statement by the Suisse government to change the legislation to facilitate the use of NBT. Article by the NZZ on the same issue.

3 thoughts on “CRISPR fought the law and the law won”