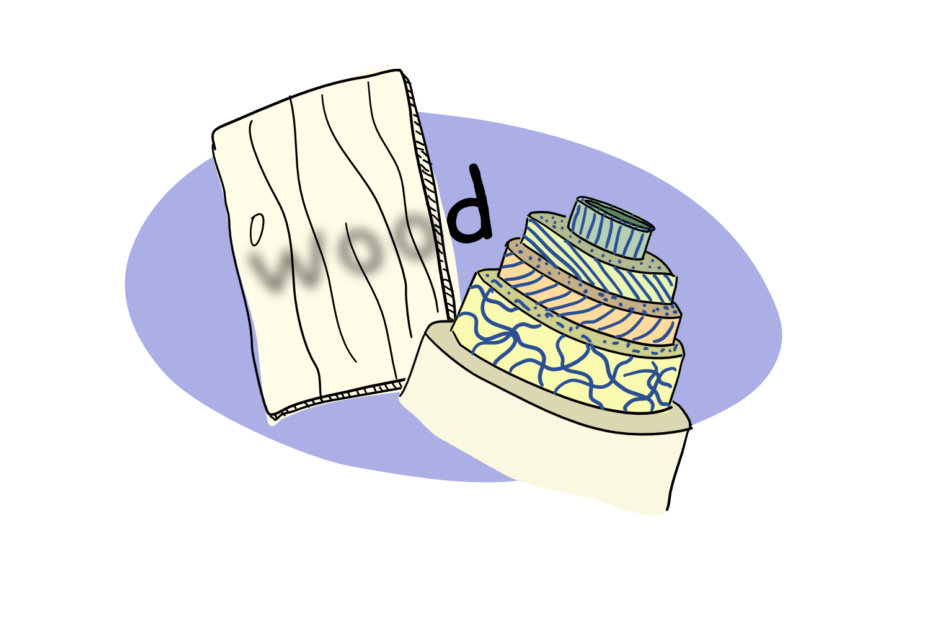 Using the chemicals we bleach our hair with and a little sun we can create a new type of wood that’s (nearly) as clear as glass.

Wood is a rather remarkable material that humans have been using for over a million of years, both for fuel and for the creation of structures. Wood is cheap yet versatile, with low density and light weight, yet high strength, and the ability to be highly insulating. Relevant to modern times, it’s also a renewable resource, and a carbon sink.

But there is one area where wood generally falls short: it’s kind of hard to see through.

The desire to see through wood was initially about wanting to understand the wood itself. Way back in 1992, Siegfried Fink developed a method to make wood see through, simply to facilitate studies of wood morphology.

Fink’s method was pretty straightforward, although it took a few days. First up you had to clear out all of the ‘stuff’ in the wood that gave it colour. This can include molecules like tannins (think the dark browns of tea or wine), and even chlorophyll, but mostly refers to lignin and its brownish chromophores (colour molecule). The easiest way to do this is a harsh bleaching, which basically dissolves the lignin away (while keeping the cellulose fibres and general wood structure intact).

Secondly, the wood had to be filled with a kind of resin. Before this filling, the wood structure contains a tonne of tiny air pockets in between the cellulose fibres of wood structure, which are used by the plant for things like moving water and air around. These are problematic when it comes to making see-through wood, because each time light moves from the fibres to the air and back into fibres again, it bends (refracts), and scatters which ultimately prevents it penetrating through the wood. Filling the air pockets with a resin that has the same optical density as the wood prevents the light waves from bending, and thus improves transparency.

(Think about how it would be easier to see through a block of glass, than see through the same thickness of glass marbles of glass fragments. The refraction phenomenon is described more in our post about See Through Soil)

The method worked fairly well to ‘transparentify’ thin (3-4mm) pieces of wood, and similar techniques were used when scientists were trying to once again make see-through wood about 25 years later.

In 2016, Mingwei Zhu and colleagues at the University of Maryland published a protocol that involved soaking wood blocks in boiling Sodium hydroxide (lye) and bleach solutions to strip the lignin and remove the remaining colour and then infiltrating it. They showed that this method could be applied to both wood cut radially (across the trunk), or longitudinally (down the trunk), although the radial wood transmitted light better, i.e., was more transparent, than the  mechanically latitudinal wood.

An important downside of these methods is that they involve removal of the lignin itself, which makes up about 30% of the weight of the wood tissue, and is largely responsible for some of the excellent mechanical properties that we appreciate in wood.

And so, in 2017, Yuanyuan Li and colleagues described a method that, instead of removing the lignin itself, simply involved removing the lignin’s chromophores. They did this using hydrogen peroxide, effectively the same stuff you might use to bleach your hair. Their method conserved about 80% of the lignin in the wood, and still produced a product that let 83% of light through.

Most recently, Qinqin Xia, Chaoji Chen, and colleagues at the University of Maryland, USA, further improved upon this method, using what they call a ‘solar-assisted chemical brushing approach’. Briefly,  the wood is brushed with hydrogen peroxide, and the natural sunlight used in combination to remove the colourful lignin chromophores, while retaining the lignin itself. Following resin infiltration, the 1mm thick wood lets through over 90% of the light, but retains high tensile strength (50 times stronger than de-lignified wood). The main benefit here is that it requires a lot less consumption of chemicals, water and energy than the previous approach, and as such is cheaper, more environmentally friendly, and can easily be scaled up. As a bonus, the author also demonstrated that they could ‘paint’ patterns on the wood by selectively painting certain sections only.

So, now we have see-through wood, and, theoretically, we are able to have in it abundance. But what can we actually do with it?

The most common suggestion is the use of the material as a glass-like structure. Compared to glass, transparent wood would be more insulating, have better impact strength and lower density, and be less likely to shatter. One idea has involved having transparent wooden rooves, which could provide more natural illumination throughout the day. It’s worth noticing that the wood is still quite hazy- for example, while you can see clearly through it when it is pressed against an object, those objects become a little harder to make out when the wood is moved back. Basically, it’s similar to the kind of frosted glass you might find in a bathroom, which does give advantages if you’re looking for privacy.  This haze can also be a benefit  for its use – high haze means large scattering angles and subsequently longer lengths of light, which could potentially increase the efficiency of solar cells. Finally, some have suggested its use in light sources themselves, as well as within electronic devices.

The human relationship with wood is one of our longest material relationships – to the point where some have even argued that we should acknowledge the times before the stone and bronze age as ‘the wood age’. It’s kind of incredible to think that at this point in history, we’re still finding more uses for this humble and ubiquitous material.

Read a SciComm Article on the topic