Missing: Have you seen this Coffee? 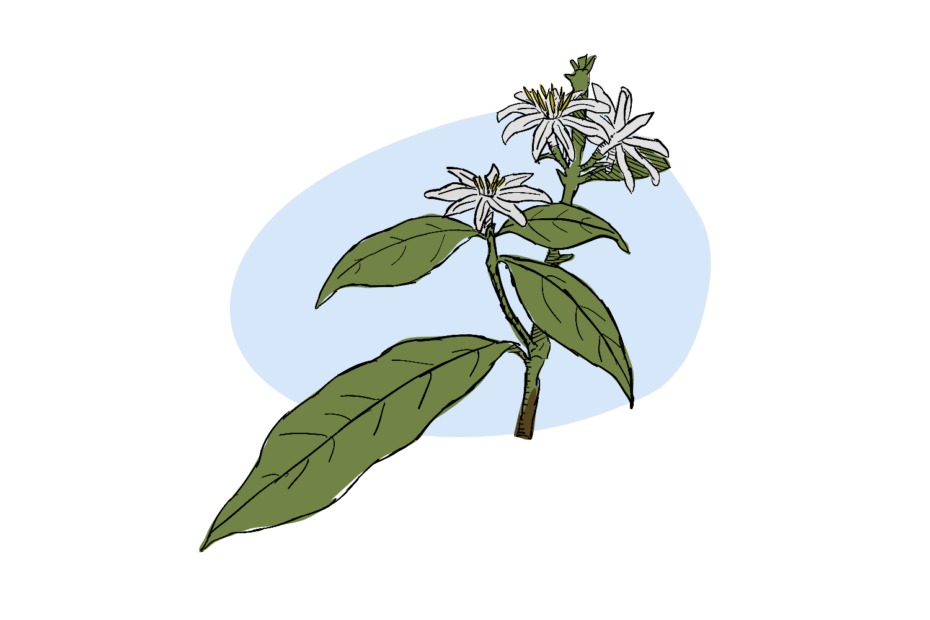 Alternative Title: You’re not a real hipster unless you drink Coffea stenophylla (but you can still be in our club if you choose C. affinis.)

Coffee. It’s a hot beverage on a cold day, a quick wake-me-up drug to help you through that morning meeting, and a multibillion dollar industry which involves over 100 million people at the farming stage alone.

Today, we tell the story of two missing coffee species – how they were lost, how they were found again, and what the future might hold for their survival, and that of one of world’s favourite hot beverages.

Coffee is not just a plant, its an entire genus. There are at least 121 Coffea (yep, that’s the genus name – convenient eh?) species known to science. But if you’re reading this over a cup of hot Joe, well then – the likelihood is that those beans you’re drinking come from one or two species. Coffea arabica, or Arabian coffee, has long been the key player in the coffee game. But starting in the early 1900s, C. canephora, robusta coffee, started gaining ground and market share, due to relatively better resistance to coffee leaf rust, its ability to grow commercially in a broader range of climates, its higher productivity and its lower purchase price. Today, C. arabica holds out with about 60% of the market share, while C. cenphora claims a hearty 40%.

(If you’re reading this the Phillippines or Malaysia, it’s possible that you’re actually drinking the roasted remains of a third species – C. iberica. But for the rest of us – it’s C. arabica or C. canephora.)

So then, if we’re all drinking arabian and robusta coffee, then what exactly is happening with those other 119 species? While many may be harvested from the wild and consumed locally, at a global commercial scale, those other species have largely been ignored for many decades. But now, there’s a new surge of interest.

The first reason for this increase in interest is that other coffee species might have desirable traits that could help strengthen our coffee crops against pests, disease, and the ever-growing threat of (Human Caused) rapidly changing climate. Some species have already been used in breeding projects, or as rootstocks for our fave two coffees to protect them from disease.

The second reason for the coffee curiosity is, well… hipsters. Which is to say, the growing ‘specialty sector’ of coffee consumers, who have a strong desire for new sensory experience wafting from their mug.

In order to keep the coffee snobs of the world happy (and, well, also to do some important research that may ultimately help increase coffee production security in coming years), Alan P. Davis from the Royal Botanic Gardens, and colleagues, recently conducted on a long search for two near-forgotten west African coffee species.

The species they chose were C. stenophylla and C. affinis, both historically reported to have ‘superior taste’, and both suggested to grow in climates a bit rougher than those of our current coffee species. C. stenophylla and C. affinis also both belong to Coffee Crop Wild Relative Priority Group II – which basically means that they are close relatives of the main two species and therefore likely easy to breed with them (in case your wondering, Priority Group I includes the dominant species and their progenitors).

The Search For the Missing Coffees began as all good searches do – with a thorough review of the literature. The scientists could track written mention C. stenophylla through the pages of history to at least 1794, when the species was ‘identified’ in Sierra Leone. In 1834, C. stenophylla became ‘known to science’- and was granted its scientific name on the basis of its species-defining narrow leaves (steno- means narrow, phyllo- means leaves). Later, the species was also shown to grow also in the nearby countries of Guinea and the Ivory Coast, and in the coming years local production and export grew (3-5 tonnes exported per year by the late 1920s). Early reports suggest potential resistance to coffee leaf rust, and indicate potential resilience to higher temperature and lower rainfall compared to the main crop species. Nonetheless, commercially cultivation never took off globally – likely due to low yields, and the species was largely forgotten outside of its native countries, with very few studies conducted after the 1940s.

Coffea affinis (Kamaya Coffee), the other mystery fruit, was first reported in the scientific literature around 1900, collected from native forest of Guinea. Like C. stenophylla, C. affinis has black fruits (most coffee fruits are red), and has similar, although slightly larger and different shaped leaves. There was some debate regarding the species of origin, and then some more debate about whether C. affinis was a hybrid species with C. liberica and C. stenophylla as parents.

I like to imagine that the debates became louder and louder as the botanists in questions became increasingly caffeinated.

Following the all-important study time, Davis and colleagues extended their search to herbarium collections and botanical collections, only to find that the number of specimens was particularly low.

And so they made Wanted Posters.

I’m not kidding here – the scientists pounded the pavement, or more accurately, got in touch with NGOs and farmers associations representing 10,000 coffee farmers across the major coffee producing regions of Sierra Leone, to ask if anyone had seen C. stenophylla. And to help, they printed 50 A4 posters showing the morphological differences between the cultivated coffee species, and their missing coffee.

These specimens, as well as reference samples taken from museum collections, and samples from other coffee species, were then DNA sequenced, in order. to both confirm identities and better understand evolutionary relationships. The scientists used internal transcribed spacer (ITS) analysis, which involves sequencing a chunk of DNA in between two rRNA genes on the nuclear genome. ITS sequence comparison is used widely in taxonomy/phylogeny studies, because the spacer is easy to amplify due to the high conservation of flanking regions and the high copy number of rRNA clusters on the genome, and because this spacer region changes quickly throughout evolutionary time, meaning that even closely related species have slight differences in their sequences.

(If you want to read more about rRNA genes, you can check out this post.)

Here, the sequencing efforts allowed the scientists to kill that ‘C affinis is a C. stenophylla’ hybrid rumour once and for all (the two are most likely just close sisters). But more than that, they could also show that hybridization between C. stenophylla and the major coffee clades is possible. If the two ‘new’ species really do have better drought and high temperature tolerance than the major crops, this could be important for future crop development in preparation for our warming world.

Although it should be noted that neither of the ‘new’ species have undergone either sensory or agronomic evaluation in a contemporary setting, things are looking interesting, and the scientists are now propagating the species for these further tests.

Unfortunately, C. stenophylla and C. affinis are still at risk. The ‘rediscovery’ of C. stenophylla during this study in 2018 isolated just two locations in Sierra Leone – with one including a single plant. And these populations are both under high threat from humman encroachment, mining and logging. Similarly, a single C. affinis species as ‘rediscovered’ in Sierra Leone in 2019. Although fairly recent collection (2015) suggests that there are also populations persisting in Guinea, these forests too are under a strong threat of deforestation. The same is true of Ivory Coast locations where the coffees may persist.

All together, this study supports the putative potential of using wild species- here the crop coffee cousins C. affinis and C. stenophylla as sources of genetic diversity that can strengthen coffee security in times of current and coming change. But, as always, it also highlights our need to act fast when it comes to conservation, or risk these species – and so many like them – becoming lost again.

1 thought on “Missing: Have you seen this Coffee?”