Pagoda lily: the birds, the bees and… the mice??? 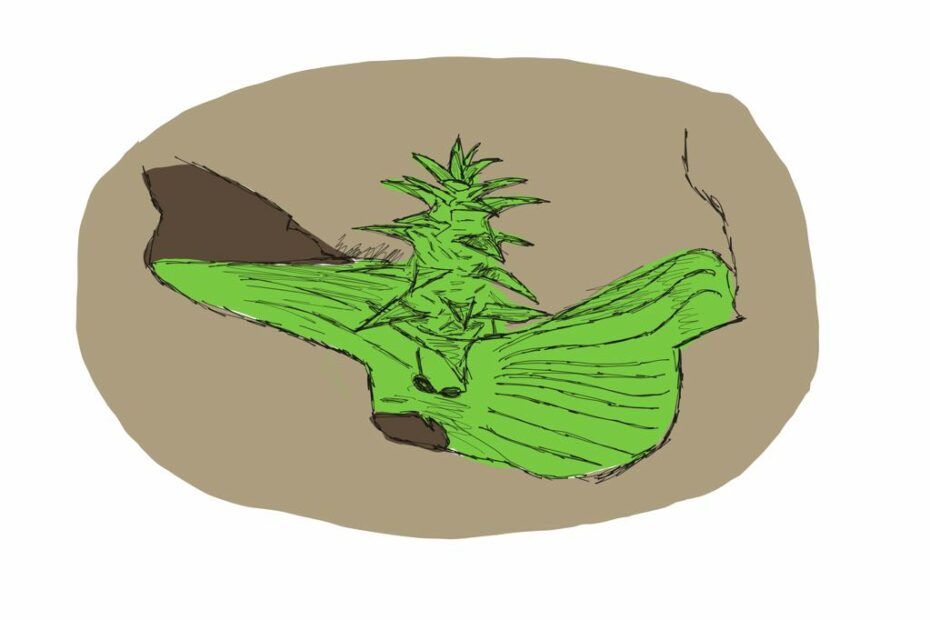 This week on the podcast, Joram is introducing his new favourite plant, the Pagoda lily or Whiteheadia bifolia, which has been shown in a study to be pollinated by the Namaqua Rock Mouse.

Whiteheadia bifolia is a native to South Africa and Southern Namibia, growing in arid regions. It belongs to the larger Hyacinthaceae family – and indeed the flower, which sticks out from two large flat ground-resting leaves, looks a lot like a hyacinth stalk.

But unlike the bright blues, pinks and purples of hyacinths, our pagoda lily flower mostly consists of green bracts (specialised leaves that support the flowers), with tiny whiteish-green tepals (an intermediate between the petals and sepals on a flower).

This ‘floral blandness’ is a general characteristic of plants that are pollinated by rodents. Common features include dull colouration, often geoflory (flowering next to the ground instead of high up in the air), robustness (so as not to be squished by the climbing mice), and exerted reproductive organs. They also tend to produces a lot of easily accessible viscous nectar, and (this is a bit gross), a ‘yeasty’ or ‘musty’ scent. Because many rodents are nocturnal, the nectar and scent come out mostly at night.

The presence of many of these features inWhiteheadia bifolia lead scientists to suspect that rodents might be the prime pollinators. They observed the flowers, and could confirms that Aethomys namaquensis (Namaqua Rock Mouse) was visiting the buds and coming away with a suspiciously sticky snout.

By the way, when we think of polination we generally think of insects (flies, butterflies, moths and bees), as well as birds. The idea that non-flying mammals (we’re excluding bats here, because they’re pretty much just large milk-producing bugs) could pollinate flowers wasn’t proposed until the late 1800s. The group of non-flying but still-pollinating mammals includes marsupials (call out to Australia, but also New Guinea), primates (monkeys in Africa, but also Madagascan lemurs), and of course rodents (everywhere – rats are everywhere!).

Trust plants to find ways to exploit every kind of living thing!

By the way, my brief research suggests that the Whiteheadia genus has been merged into Massonia (via wiki). So there might be some old v. new nomenclature issues with this genus.