PEPC is the new RuBisCOla 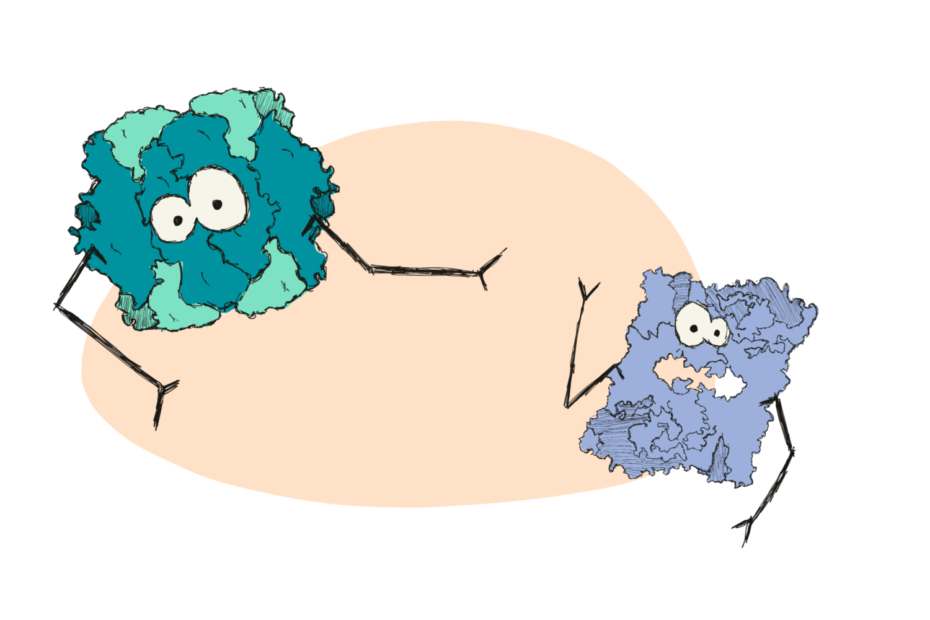 Last week, we discussed how RuBisCO, although incredible and amazing…is also a little bit terrible at its job. Today we’re introducing a couple of cheats that plants have found to work around RuBisCO’s issues, and what this might mean for the future of food and fuel for humankind.

RuBisCO’s role is to grab CO2, smash it together with a 5-carbon long compound called RubBP, and pop out two 3-carbon compounds (phosphoglycerate).  In short, it takes inorganic carbon, and gets it into a biologically utilisable carbon form that can be used by plants and animals alike (carbon fixation). Unfortunately, RuBisCO struggles with a form of CO2– recognition blindness, and sometimes fixes oxygen instead. This results in massive losses of plant energy and fixed carbon, and – from a human point of view – a whole lot of wasted plant-based food and fuel.

This one-step RuBisCO carbon fixation (RuBisCO meets carbon dioxide and makes magic), describes the photosynthetic situation as it occurs in the majority of land plants. We refer to all the species that utilize this form of photosynthesis as C3 plants, simply because the first fixed carbon product they see is the 3-Carbon phosphoglycerate.

Important crops like rice, wheat, soybean, plus our beloved Arabidopsis, and all tree species, are C3 plants.

But there are other plants, some would say ‘better plants’*. Plants that have worked out a way to keep RuBisCO away from the O2, and save themselves from the pain of photorespiration.

Plants (as well as algae and cyanobacteria), mostly work through RuBisCO’s indecision issues by simply taking away its choice. They have developed various types of carbon concentrating mechanisms, which all work to increase the concentration of carbon dioxide, and simultaneously decrease the oxygen to carbon dioxide ratio near RuBiSCO.

C4 plants isolate their RuBisCO by keeping it in special bundle-sheath cells found at the centre of the leaf. These bundle-sheath cells have very little access to open (oxygen-containing!) air. Instead, gas exchange, as well as the light reactions of photosynthesis, occur mostly in mesophyll cells. These soft spongy cells don’t contain RuBisCO, but instead rely on a different enzyme to lock down CO2: phosphoenolpyruvate carboxylase (PEPC).

PEPC’s job is to add CO2 to a 3-Carbon compound (PEP), creating a 4-C compound, oxaloacetate.

Which, as you probably guessed, is where that C4 name comes from.

Oxaloacetate is converted into an easily-transportable 4-C compound (like malate), which is shipped into the bundle-sheath cells. Once there, the malate can break down, releasing a whole load of carbon dioxide right into the waiting arms of RubiSCO. So RuBisCO gets all of the CO2 without the O2 .

About 3% of vascular plants use the C4 pathway. This includes a couple of important crops, like sugarcane and maize. But overall, it’s mostly grasses.

CAM plants are also all about separation, but instead of separating spatially, they do it temporally. CAM stands for crassulacean acid metabolism, a name arising from the Crassulaceae plant family in which the pathway was first discovered. This family includes pineapple, cacti … and pretty much all your favourite hipster succulents, including the mother-of-thousands (Kalanchoe), jade plant (Crassula ovata), and all those pretty rose-like Echeveria. Perhaps unsurprisingly, based on the members of this cluster, CAM plants are associated not just with carbon concentration, but also with being water-wise.

Both of which they do, by knowing when to keep their stomata shut.

CAM plants open their stomata – the small air holes in leaves that let them exchange gases – only during the night, limiting their water loss in the heat of the day. At night, they take up carbon dioxide, but don’t use it immediately (because photosynthesis likes to run when the lights are on). Instead, like C4 plants, they use PEPC to make a whole lot of malate, or other organic acids, which they store in their vacuole.

Until the sun comes up again, and the Calvin cycle (and also the cycle of life), can continue.

Carbon Concentration in the future

One of the amazing things about C4 and CAM pathways is that they are polyphyletic – meaning that they have evolved independently (dozens of times!), in many types of species. And it’s not just C4 and CAM: there are various other carbon concentrating mechanisms used by plants, algae and cyanobacteria alike, which all work to keep RuBisCO’s focus on CO2. Given that many of our major crops use the basic C3 pathway, and therefore have inefficient RuBisCO, scientists hypothesise that introducing carbon concentration mechanisms into our crop species might be a promising way to improve their productivity.

Next week we’ll discuss those plans, and the current successes and failures of these kinds of photosynthetic engineering.

Until then, here’s some reading:

*(we would not, we love all plants, big and small)

4 thoughts on “PEPC is the new RuBisCOla”