Why do the leaves turn red? 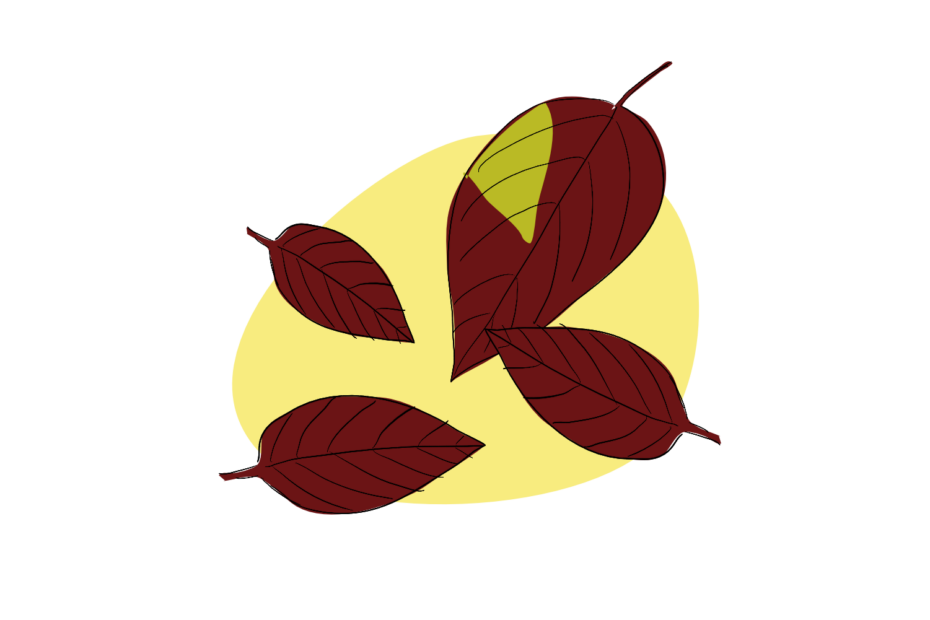 Autumn leaf colours have amazed the public for all of human history… and puzzled scientists for just as long. While the orange, yellow and brown hues of autumn can be easily understood, the stunning reds that some species display remain in question.

Every year, around about late September or early October, I start to feel that sense of unease. The days here in the North are getting shorter, darker, colder, and I know the winter is going to be long, grey, and lacking the green beauty that I love. But then, a little later on in the year, the Change of Autumn begins, and I’m reminded once again that the trees are going to do their darnedest to go out in a fiery blaze of glory before the leafless grey sets in.

The reason that some trees lose their leaves is fairly clear. Winter brings with it a combination of cold and dark, which together mean that the cost of keeping and maintaining the leaves is higher than the possible photosynthetic benefits. Plants tend to be frugal with their leafy appendages, so autumn senescence is less of a trash disposal and more of a recycling project. Before the near-crispy leaf breaks free and drifts gracefully to the earth, macromolecules like proteins, fats, and nucleic acids are broken down, and shipped off to other parts of the tree generally to be stored for spring ‘rebirth’.

Red autumn colouration in tree leaves comes from a pigment called anthocyanin, which is pretty energetically costly for plants to make. Although anthocyanin can accumulate in non-autumn times, the major reddening of leaves at autumn is mainly due to new synthesis of a huge amount of anthocyanins. Now usually, when plants do things, they do it for a reason (not because they have intent, but because plants who waste energy on frivolity tend to lose out over evolutionary time). Which begs the question – why spend a whole lot of energy making your leaves red, if you’re just planning to drop them anyway?

Scientists have come up with two major possibilities for why the reddest trees make their pretty pigments. The first theory is related to protection. Autumn leaf senescence involves dismantling the protein complexes that capture light energy. Although care is taken to break these complexes down in an organized fashion, dismantling the wrong part of this very intricate system at the wrong time can mean a whole lot of (light) energy gets captured, but has nowhere to go, causing a system overload and ultimately damaging the plant. Even if things are running smoothly, colder weather tends to dictate that they run much slower (hey, we’re all sluggish in the cold), meaning that, once again, collected light energy might end up having nowhere to go. Anthocyanin acts as a kind of molecular sunscreen, absorbing light and thus protecting the rest of the plant cell from excess rays.

The second theory behind the red, known as the coevolution theory, relies on interaction with insects. This theory states that plants turn their leaves a deliberate red as a way of signalling to insects (particularly aphids) that the leaves are about to die, and therefore shouldn’t be eaten or otherwise exploited. This kind of signalling is known as ‘honest signalling’ because – well – as the name suggest, the leaf really is about to die, and both the signaler (the plant) and the signalee (the insect) benefit from this knowledge. By the way we’ve talked about honest signals before on the blog here. This theory has been proposed to help explain why different tree species, and even different populations within a single species, might have different degrees of autumn colour – it depends on the type of bug that’s attacking as well as the intensity and even timing of the attack.

Of the two theories, the protection seems the most likely. Anthocyanins have a clearly demonstrated role not just in absorbing light, but also in cleaning up when overloads do happen – they help detoxify reactive oxygen species. At the very local level, shade leaves, or even shaded sectors of leaves, don’t turn red. And at a global level, red autumn leaves are more common in Eastern North America and Asia than Europe, in line with the climate of these regions and the expectation that red colouring should appear where plants are exposed to sudden cold snaps concurrent with high light intensity.

On the other side of the fence, studies have failed to find significant relationship between bug success and tree color (e.g., here). There’s also evidence that making anthocyanins might actually prevent the plant from making other defense compounds, increasing its risk of bug attack. Despite, this we do note that it seems to us that there are two separate camps of scientists when it comes to this issue! (see for example here).

Either way, it’s at least fairly clear – from a molecular and evolutionary point of view at least- that the red leaves aren’t just made to make me happy. But still, they seem to do that function fairly well!

(We found the full text on ResearchGate)

1 thought on “Why do the leaves turn red?”