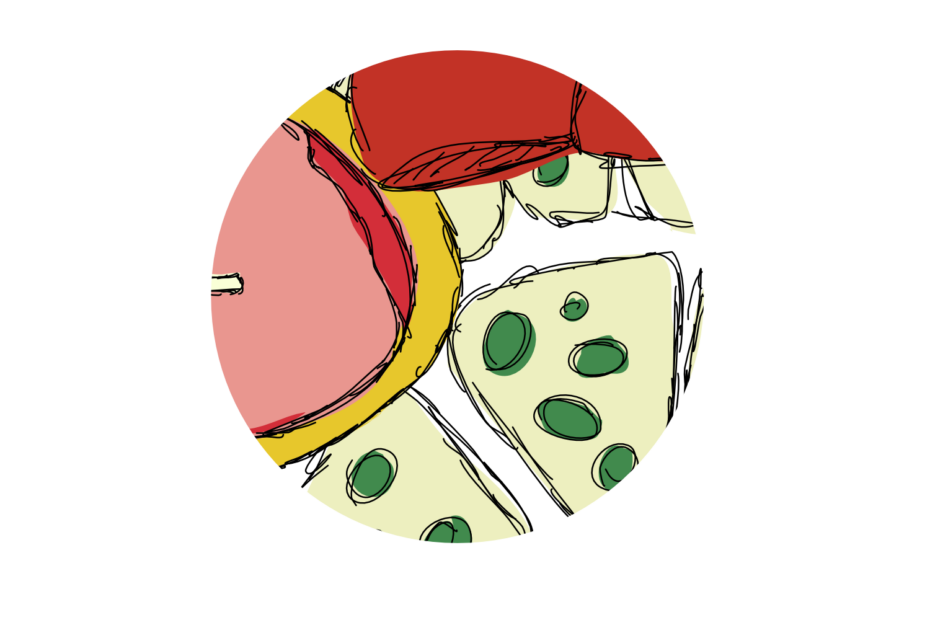 Given that you should, right about now, be decorating and hanging thematic wreaths on your doors, walls, loved ones and pets, I thought it might be a good time to ask you if you had heard about Kranz Anatomy.

Perhaps the proper first question to ask is – have you heard about C4 photosynthesis?

The simple breakdown is this: About 97% of all the plants on the planet – including our beloved arabidopsis, all trees, and important crops like rice, wheat and soybean – are classified as ‘C3’ plants. This basically means that they use an enzyme called RuBisCO (Ribulose-1,5-bisphosphate carboxylase/oxygenase) to smash carbon dioxide from the air into an organic carbon compound. That resulting carbon compound happens to have 3 carbons, thus the C3 name.

Unfortunately, RuBisCO, while being pretty much the most important protein on earth, is also pretty terrible at its job. Quite often – about 25% of the time – it tries to hit up oxygen, instead of carbon dioxide. The result is a poisonous product, which needs to be detoxified in a pretty tedious and wasteful process.

(If you want to read about this in more detail, we wrote a two-part series talking briefly about how RUBISCO is a bit rubbish, how C4 (and CAM) plants solve this problem, and whether plants can be improved by changing the way they photosynthesise.)

Anyway, one of the ways that C4 plants keep their RuBisCO away from the air, and in fact, one of the defining features of most C4 plants, is their Kranz anatomy.

The RuBisCO is kept in cells known as bundle sheath cells. Those cells are kept far away from the air-pockets of the cells – wrapped tightly around the plant’s vascular tissue. To really keep them totally secure, the bundle of bundle-sheaths is further bundled up in a layer of mesophyll cells (the guys who take care of that first C4 step).

I guess if you take a look at it all, you can see why it might just be called a wreath:

Or, perhaps if you want it to be more Christmas themed, something like this:

So to add a bit of extra science to this year’s Christmas, how about ditching the holly, pine or ivy, and instead picking a nice C4 plant, like maize, sugarcane, sorghum or millet, to make your seasonal wreath extra Kranz-y!